The Rutland Osprey Project has celebrated a major milestone in the form of the 150th chick to be born since the scheme began.

The project, which is a partnership between Leicestershire and Rutland Wildlife Trust and Anglian Water, has successfully restored a population of Western Ospreys to central England since the first chick was successfully reared in 2001.

Ospreys were wiped out in England by persecution – through egg-collection and taxidermy – and by habitat loss. They were lost as a breeding species in England in the 1840s, even though they had once been widely distributed across areas such as the Fens.

Between 1996 and 2001, 64 six-week-old Scottish ospreys were released at Rutland Water. The first translocated bird returned to breed at its adopted home in 2001 and the number of breeding pairs has gradually increased since then. There are now 25 ospreys in the area, including eight breeding pairs. 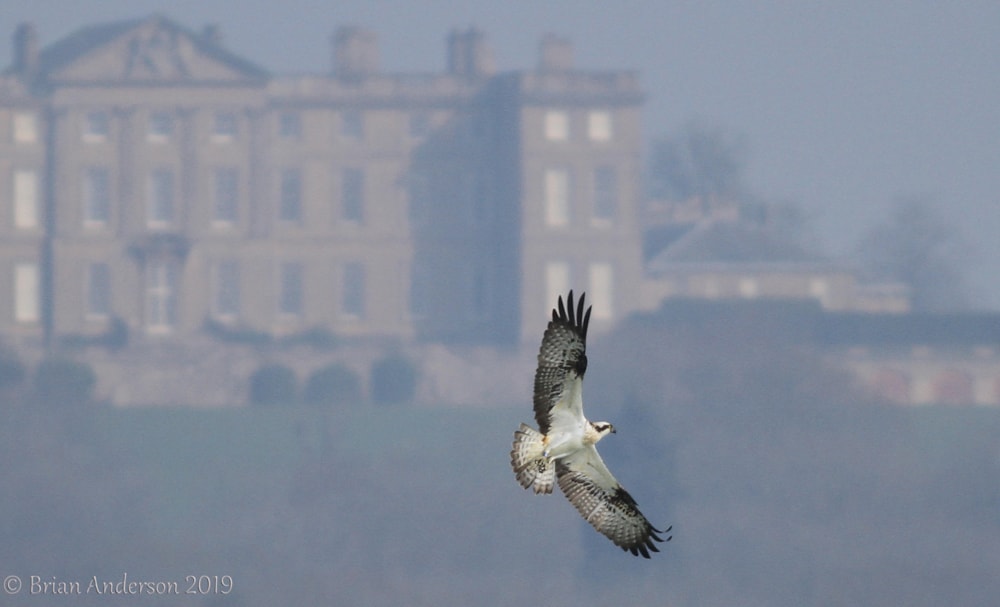 Maya and her mate, '33', proud parents to the landmark 150th chick, have been breeding together at Manton Bay since 2015, and in that time have successfully reared 10 chicks. Maya was the first osprey to return to Rutland Water this season, arriving two days later than in 2018, on 14 March. '33' took his time, returning uncharacteristically later than usual on 23 March. The first of four eggs was laid on 2 April and both parents have been incubating devotedly over the past month. Their third chick to hatch this year brings the total up to 150.

Marie Dipple, Osprey Project Officer for Leicestershire & Rutland Wildlife Trust, said: "Thousands of supporters and volunteers are celebrating this exciting milestone. It's fantastic that we now have so many ospreys back from migration and breeding at Rutland Water Nature Reserve. Some of our Rutland ospreys are spreading to other parts of the UK too, helping the UK osprey population to grow. We expect that many of our other pairs will produce healthy chicks which bodes well for the future of osprey populations in the UK."

This year's osprey chicks are likely to remain in Rutland until early September when they will set off on a 3,000-mile migration to West Africa. If they survive the epic journey, the young birds will remain in Africa until they are two years old.

Visitors to Lyndon Nature Reserve at Rutland Water (LE15 8RN) can view the osprey nest from the visitor centre (open seven days a week, 9 am-5 pm from March-September) via a live webcam at www.ospreys.org.uk/webcam, or from a dedicated osprey-watching hide. The Rutland Osprey Project runs a programme of events throughout the season, including educational outreach sessions in schools and hosts school visits at Lyndon.

You can support the Rutland Osprey Project by texting the word 'OSPREY' followed by the amount you wish to donate (eg Osprey 5 to donate £5) to 70085. Texts cost the donation amount plus the standard rate message charge. Donations will used to develop the project, expand outreach, improve understanding and protection of the osprey and help enhance the education impact of the visitor centre.