The Government of the Russian Republic of Kalmykia has announced that it has banned spring hunting in 2019, with the move set to benefit several threatened waterbird species, notably Red-breasted Goose, which is listed as Vulnerable by BirdLife International.

In October 2018 the LIFE for Safe Flight project partners in Russia initiated a high-level meeting in Kalmykia to discuss spring hunting and options to reduce its impact on migratory waterbirds. Experts and state officials agreed on the need to explore the possibility of closure of spring hunting, and the local government then made the necessary steps towards this decision. The governmental ordinance for spring hunting to be banned was announced earlier this month. 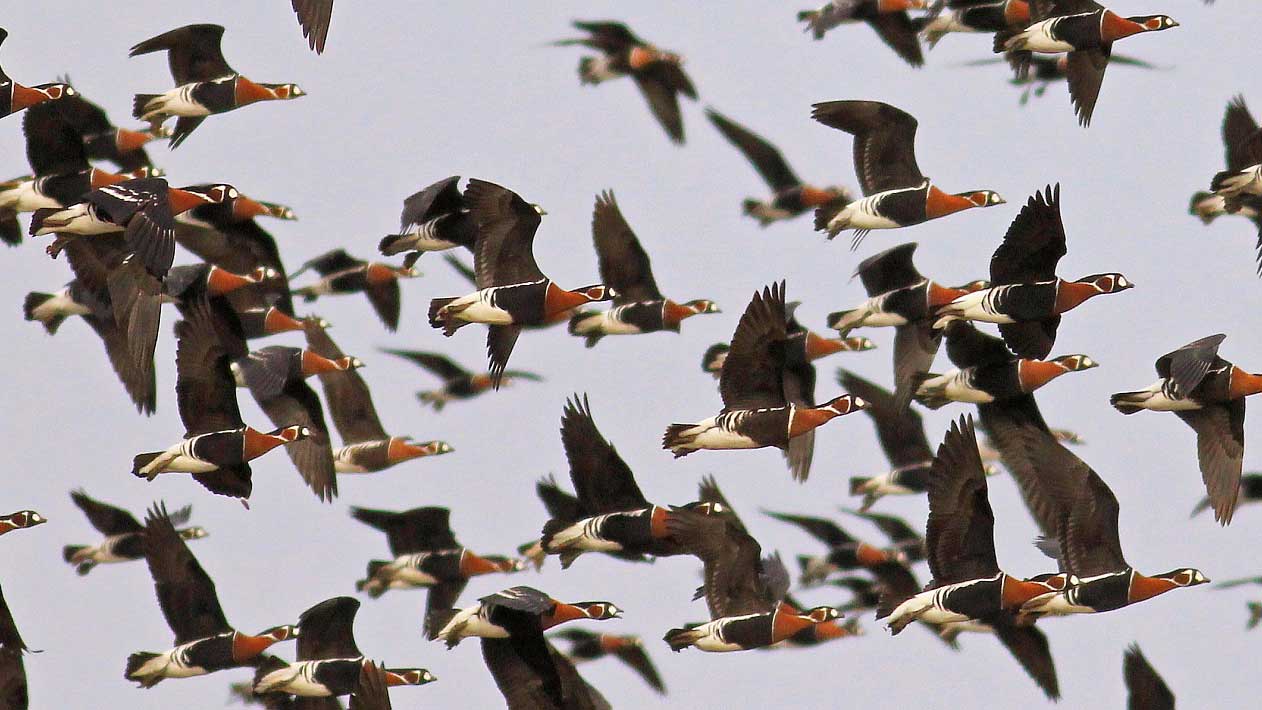 It is hoped that Europe's wintering Red-breasted Goose population will be bolstered by the decision to ban hunting in Kalmykia this spring (BSPB/BirdLife Bulgaria).

Harvesting adult birds prior to the breeding season is widely considered highly damaging by conservationists since it reduces the number of breeding individuals. Recent data assessments estimated that as much as 40 per cent of the global population of Red-breasted Goose might end up victims of poaching and illegal killing during spring and autumn migration through Kazkahstan and Russia. One of the main objectives of the current LIFE project is to mitigate these threats, one such being the limiting or adapting of spring hunting in key areas along the species' migration route.

The ceasing of goose hunting in spring in Kalmykia will, in conjunction with the ban on spring waterfowl hunting in Kazakhstan since 2017, allow safe passage for Red-breasted Geese as they leave their Black Sea wintering grounds; many other threatened waterbirds including Lesser White-fronted Goose (also listed as Vulnerable) will benefit, too. Kalmykia and Northern Kazakhstan are key bottleneck areas during the migrations of both species and this will ensure better survival for birds heading to their breeding grounds. As this summer is also expected to be good for lemmings (ensuring a better breeding season for waterbirds in the Arctic due to fewer predation pressures), it is hoped that an increase in the population will be noticeable among Arctic-breeding waterbirds by next winter.

Find out more about what the LIFE for Safe Flight project is doing to save Red-breasted Goose at savebranta.org.