The RSPB has criticised the government's decision to allow an offshore wind farm in the North Sea, stating that it negatively impacts breeding seabirds.

The giant Hornsea Three development lies 120 km away from Flamborough Head, which is England's biggest seabird colony, on the Yorkshire coast. The RSPB says Kittiwakes will need to fly through the area, dodging turbines, to reach feeding grounds. 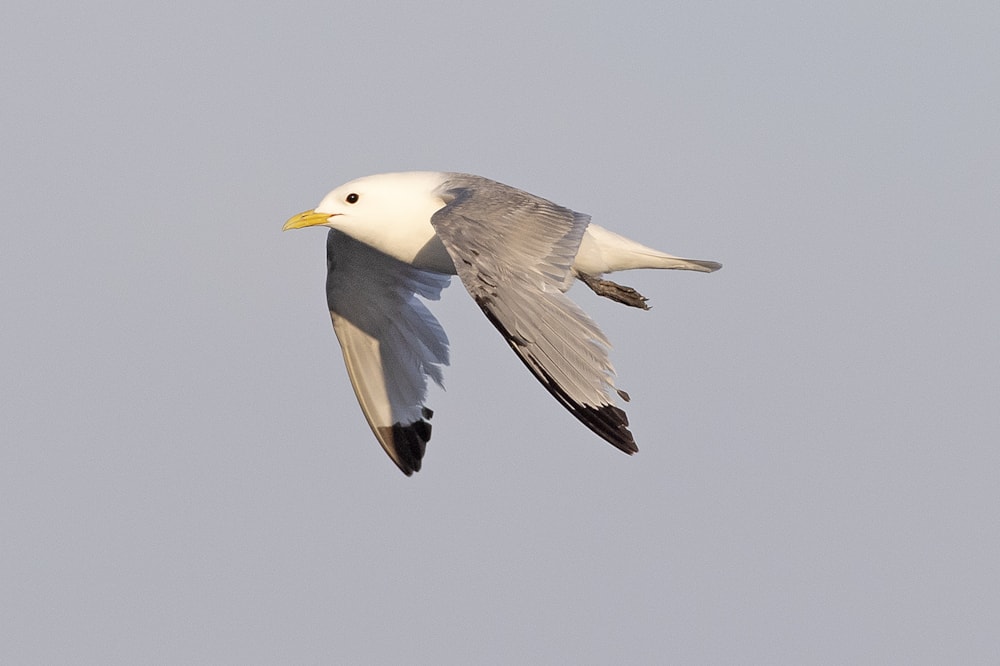 The RSPB expects 73 Kittiwakes will die annually because of the Hornsea Three development (Andrew Moon).

The developers have promised to compensate for the impact on the birds. They plan to do this by building four bespoke nesting towers to encourage them on land. But the RSPB says it will take a decade to see whether this idea works – and that will be too late because the wind farms will be up and running by then.

Duncan Clark from developers Orsted said: "Climate change remains a very serious threat to our environment and habitats and there is an ever-pressing need to act. Hornsea Three could provide clean power to over two million UK homes and offset over 128.2 million tonnes of carbon dioxide over its lifetime."

The RSPB says computer modelling suggests the huge turbines, stretching over 200 m, will cause the deaths of 73 Kittiwakes each year. Mr Clark said that the firm would offset the projected deaths by building four artificial Kittiwake nest towers on land, which should prompt an equal number of the birds to be born.

But the RSPB says the compensation measures proposed at Hornsea Three are speculative, and that like other wind developments in the North Sea, they are undermined by a lack of reliable data. Energy Secretary Alok Sharma acknowledged in his ruling on the development that wildlife would be harmed by Hornsea Three, but he granted consent on the balance of benefits.