The RSPB wants an "urgent investigation" into the ongoing deaths of thousands of shellfish and other marine life off the North-East coast.

The charity also called on the government to halt dredging of the Tees estuary until "full scientific analysis" could rule it out as a contributory factor.

Mass wash-ups have happened along the coast since October. The Department for Environment Food and Rural Affairs (DEFRA) said findings pointed to "algal bloom" as the cause. 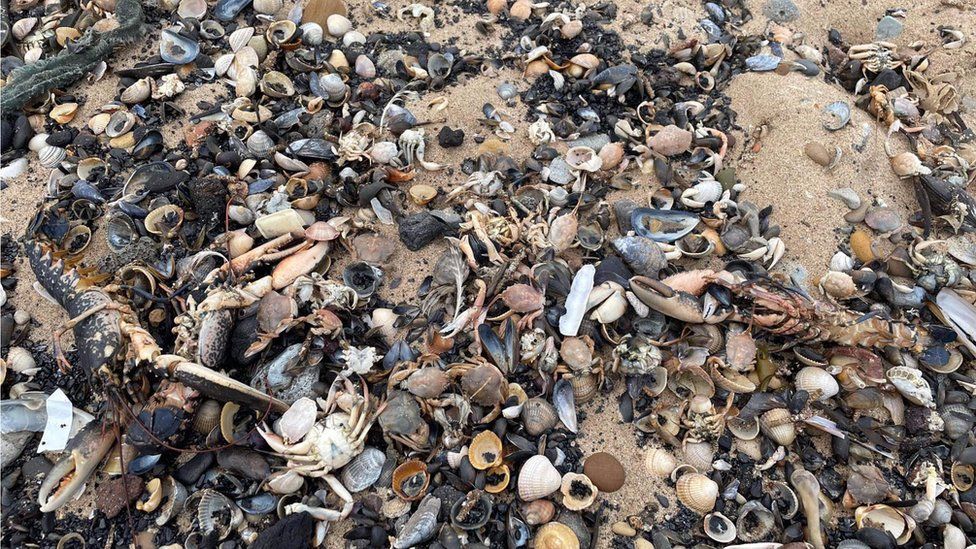 Thousands of crustaceans were found along the coastline in the North-East (Sally Bunce).

DEFRA's conclusion has been disputed by the fishing industry with some fearing they would go out of business after experiencing reduced catches. Fishermen have repeatedly raised concerns about "contaminated sediment" being dredged out of the River Tees and dumped at sea, with more dredging to be done at the new Tees Freeport.

Last month, councils in Redcar and Cleveland, Hartlepool and Middlesbrough called on the government to reinvestigate the cause of the deaths. The RSPB said it was "deeply concerned" about the mass die-offs and potential effects on the wider marine ecosystem, including seabirds, and strongly recommended DEFA take action.

"We understand that the first event, which occurred in October 2021, was investigated by DEFRA who found the crabs and lobsters contained exceptionally high levels of pyridine, an industrial pollutant, alongside a number of known algal toxins," said Blanaid Denman, senior conservation officer.

The charity said that while algal bloom may have been a factor in October, the die-offs had continued throughout the past nine months, which "clearly indicates" another underlying cause, which required "urgent investigation".