The RSPB is appealing for votes after its Back from the Brink project reached the finals of the 25th Birthday National Lottery Awards – the search for the UK's favourite National Lottery-funded projects.

Back from the Brink is competing in the Best Heritage Project category, seeing off stiff competition from more than 700 organisations to reach the public voting stage in this year's National Lottery Awards, which celebrate people and projects helped by National Lottery funding. The project with the most votes will be crowned the winner and receive a £10,000 cash prize and attend a star-studded glittering awards ceremony to be broadcast on BBC One in November. 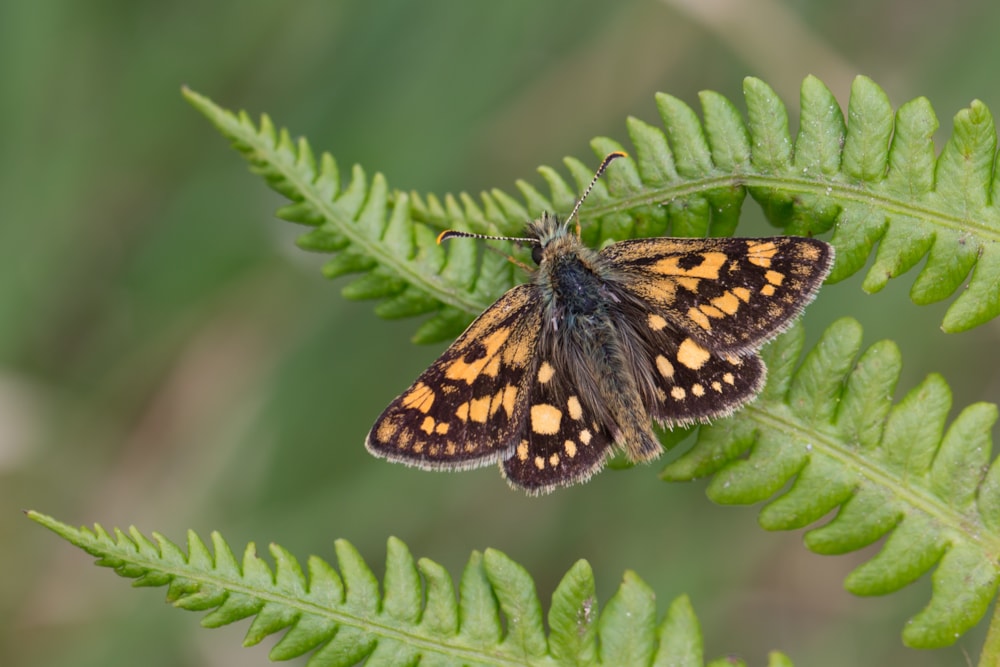 Back from the Brink helped to reintroduce Chequered Skipper to England (Simon Knight).

Back from the Brink is on a mission to save 20 endangered species from extinction and benefit more than 200 others at risk through its 19 projects across England. This initiative is unique in scale and ambition, bringing together a large group of conservation and wildlife charities for the first time ever. Over the past two years it has reintroduced the extirpated Chequered Skipper to England, rediscovered Pine Martens in Northumberland and re-established rare arable plants.

James Harding-Morris, of Back from the Brink, said: "What an honour it is to be nominated for such a prestigious award! National Lottery has been fundamental in ensuring that we are able to bring 20 endangered species of animals, plants and fungi back from the very brink of extinction, while improving the future prospects for over 200 more, so to be acknowledged by them feels very special indeed.

"We hope to continue to preserve some of our country's most intriguing and unique wildlife, and a National Lottery Award will go a long way in allowing us to continue doing this. Everyone, please get behind us and vote for Back from the Brink!"