In a statement of intent in the fight against bird of prey persecution, RSPB Cymru has appointed Niall Owen as their new Raptor Officer.

Niall Owen is a keen wildlife photographer and has already began undertaking fieldwork. As well as supporting the police with investigations into crimes involving birds of prey, he will be undertaking a satellite-tagging project on Hen Harriers and monitoring nests belonging to this Red-listed species. Owen said: "I'm delighted to become part of a team that is incredibly dedicated, and I revel in the opportunity to join the front-line of conservation, tackling raptor persecution in the hope of putting it to a stop." 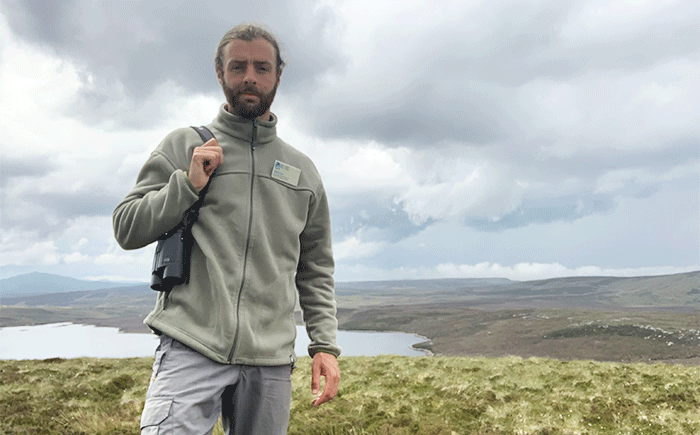 The appointment, part-funded by the Welsh Government, is a pro-active step in protecting the glorious birds of prey that grace Wales' skies. Environment, Energy and Rural Affairs Minister, Lesley Griffiths, commented: "As species champion for raptors in Wales, I condemn any continued persecution of our great birds of prey – these acts of violence are totally unacceptable.

"I am pleased we have been able to partly fund the RSPB's new raptor officer. Niall, along with other colleagues within RSPB, Police Rural Crime Teams, Welsh Government Wildlife Team and Natural Resources Wales will play a key role in ensuring raptor persecution is dealt with effectively in Wales. My message to the public is clear: please remain vigilant and report any crimes to the police. Together we can put an end to these senseless incidents."

The introduction of a new Raptor Officer has been welcomed by all four police forces across Wales. Rob Taylor, North Wales Police Rural Crime Team manager, said: "The police welcome the appointment of a new RSPB Raptor Officer in Wales and we hope he will be able to continue to work closely with and enhance the already professional relationship that exists here today, for the protection of our birds.

"Offences against birds are totally unacceptable, whether it be the persecution of raptors, destruction of habitats or the theft of their eggs and we will continue to take robust action against those who seek to flout the law. We will also continue to work closely with our partnership agencies such as the Welsh Government, Natural Resources Wales and RSPB Cymru to put these types of offences firmly into the history books here in Wales".