The RSPB has been alerted after the bodies of two Little Egrets were discovered last week in the River Wandle, Greater London, by two local residents. The deaths were reported to local conservationist Peter Alfrey, who informed the wildlife charity. The incident has coincided with reports of young men with catapults alongside the river, as well as an eyewitness account of a man retrieving a dead egret before hiding the body. On examination of one specimen, the otherwise pristine bird had three injuries consistent with catapult wounds. 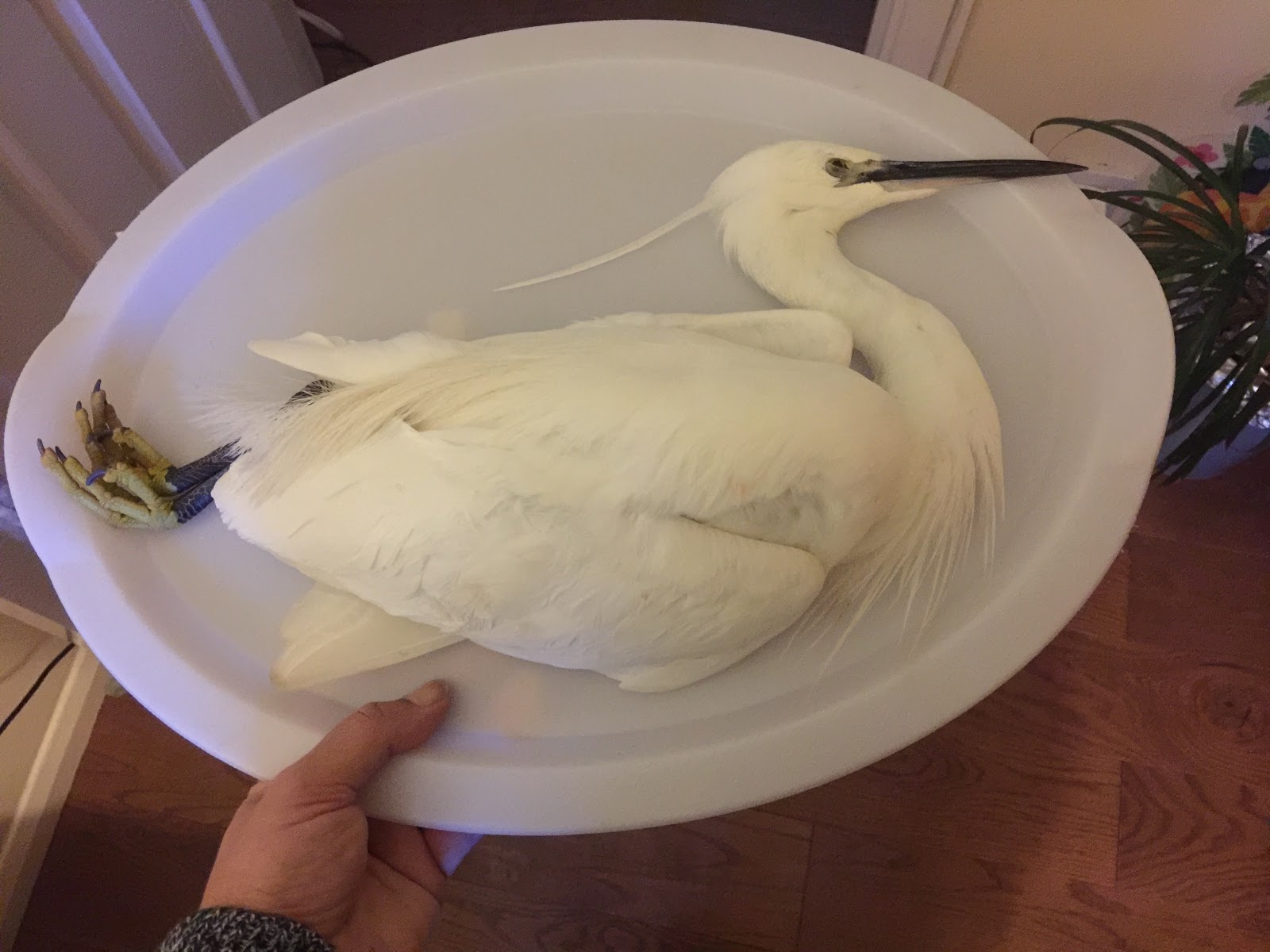 At least two young men have been seen in the area with catapults (Peter Alfrey).

Mr Alfrey examined the bird. He discovered a small puncture wound to the neck, a broken right tarsus and a large wound on the breast which had removed breast muscle tissue and broken the sternum. A vet later studied the body and stated that the likely reason for death was injuries caused by blunt force trauma. The police have been contacted but have said they can do nothing at this stage.

Further reports were then received regarding more dead birds in the Beddington Park area, including Grey Heron, Eurasian Coot and Green Woodpecker. Recently, a Canada Goose was taken into care from Beddington Park and a large ball bearing was removed from the bird.

Alfrey commented: "I examined one of the dead birds today – it had a broken leg, a wound on the neck and the breast. All the wounds appear to be consistent with catapult wounds, but I will need to check with RSPB Investigations. There is still one egret on the same stretch of the Wandle, though its days may be numbered if what we suspect are these attacks continue.

"A predator attack normally shows a lot more signs of struggle, with lots of missing feathers, more extensive wounds and obvious signs where the predator has eaten it, too. The bird I examined was more or less in pristine plumage. The wounds were localised on the neck and breast and in my opinion look consistent with a catapult wound. The suspicious activity and witness statements also support that."