An adult Roseate Tern took up residence in the Common, Arctic and Sandwich Tern colony on the Isle of May in early June and, remarkably, paired up with an adult Common Tern. The unlikely couple then produced a single chick, which successfully fledged in early August. 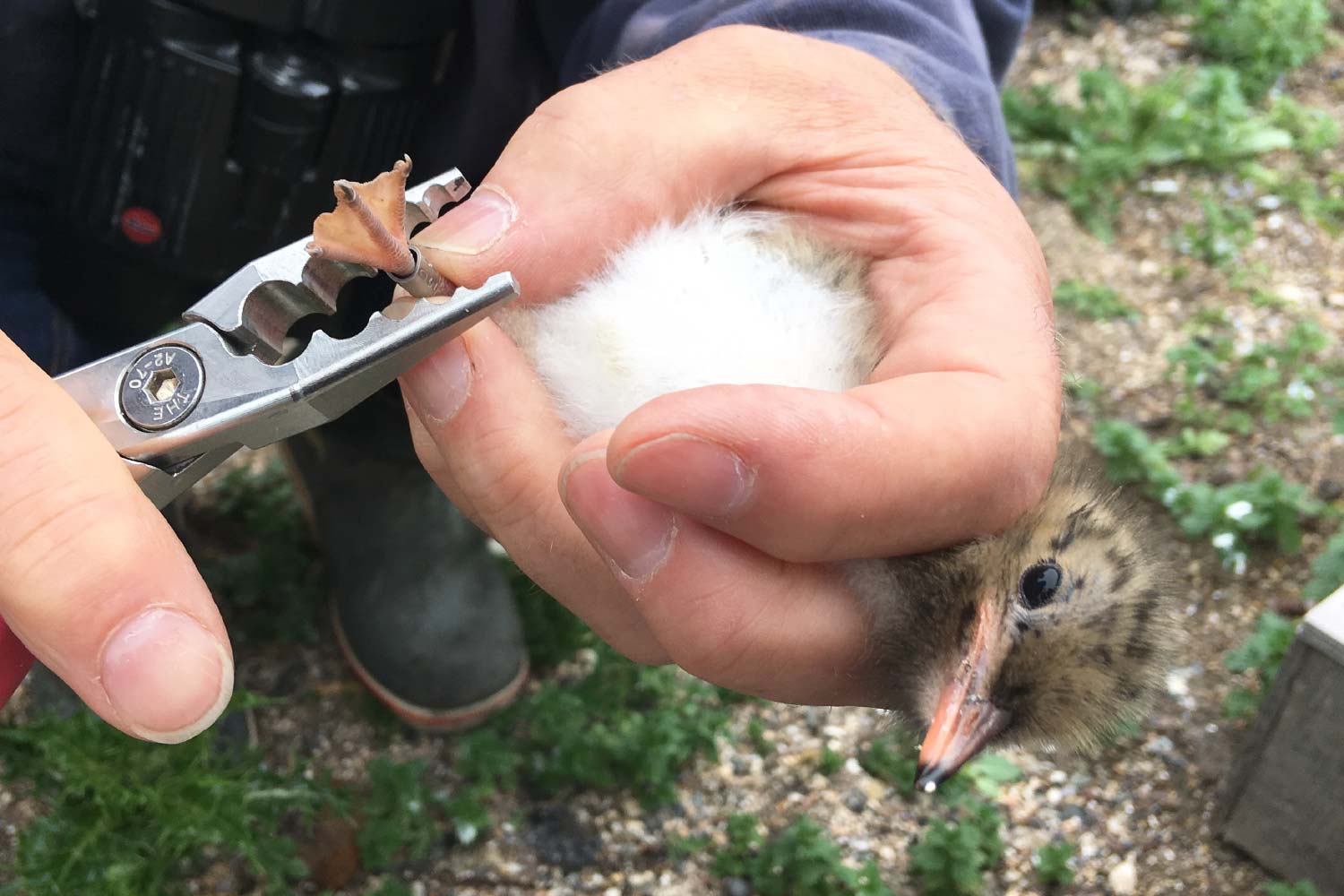 The hybrid chick being ringed by Isle of May wardens (David Steel / SNH).

Roseate Tern currently breeds nowhere else in Scotland. The only established colony in Britain is on Coquet Island, Northumberland, where a record number of pairs bred this year. However, signs that the species is also slowly spreading from its Irish strongholds were further enhanced by the successful nesting of two pairs on Anglesey this summer.

With its stunning white plumage, long black-tail streamers and black cap and beak, Roseate Tern is an eye-catching seabird. Its name comes from the pinkish tinge adults develop on their underside in summer.

Special 'tern terraces', built by SNH staff, attracted the bird to the island. These large, square areas are covered in sand and gravel, with custom tern boxes added to help aid nesting. 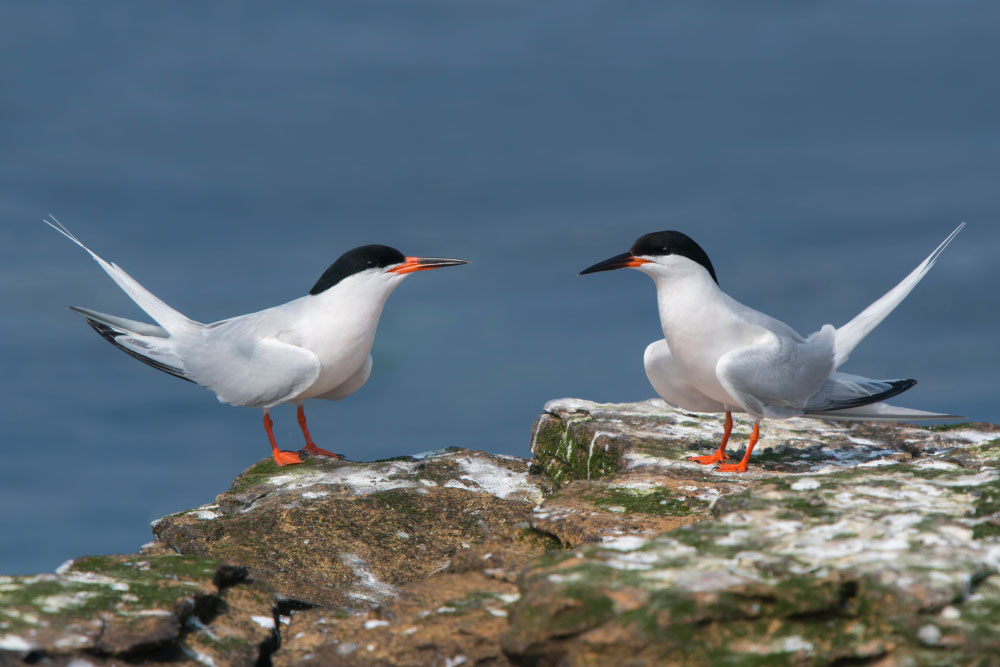 "Over the last three years, we've increased both Arctic and Common Tern breeding numbers, while also attracting Sandwich Terns back to the island. But this year, we have gone one better with this stunning Roseate Tern. Providing the right habitat and safe nesting sites for Roseate Terns is a major breakthrough.

"Although this year's chick is the result of a hybrid pair, we will hopefully attract a pair of Roseates in the next few years and bring another species back to Scotland as a regular breeder."

Roseate Tern has been designated for protection under the government's national Biodiversity Action Plan. As part of this, an EU-funded Roseate Tern LIFE Recovery Project was established to enhance breeding conditions at the core colonies in the UK. The project also aims to improve five former Roseate Tern SPAs (Special Protection Areas), which includes islands in the Firth of Forth.