Plans to go ahead with the restoration of mudflats on the River Otter have been put back after concerns were raised by local campaigners about the impact on nesting birds.

The project would have involved the removal of scrub on the estuary in Devon, starting on Tuesday [4 May]. Tireless work by local birder and ornithologist, Chris Townend, to highlight the planned works quickly grew traction on Twitter after an initial video posted on 1 May (see below), causing the Environment Agency (EA) to clarify that the start of the work was "being reviewed". The rescheduling followed involvement from the RSPB and wildlife TV presenter Chris Packham. 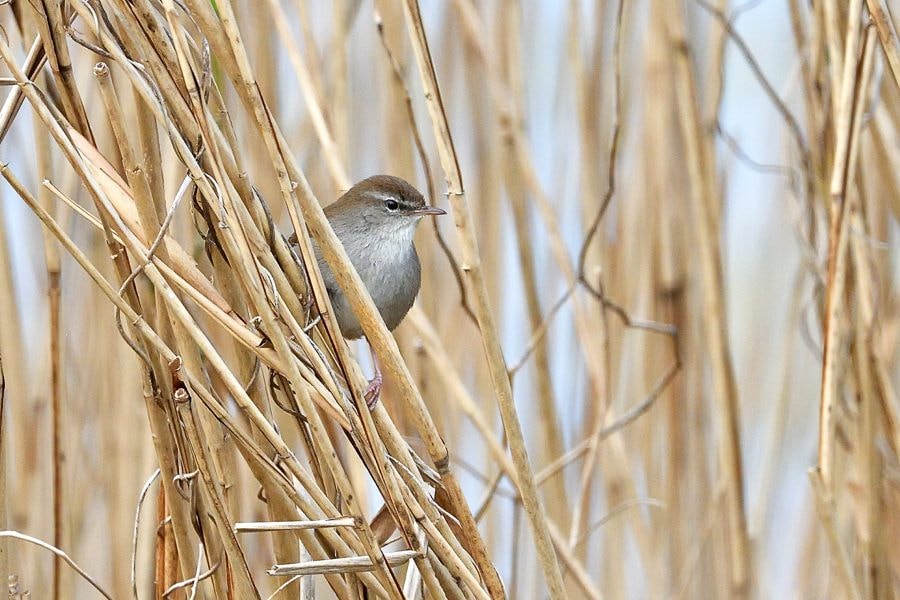 Breeding species such as Cetti's Warbler were threatened by the restoration work (James Gibbs).

In a video post on Twitter, Packham said: "You can't just start destroying birds' nests when they are protected. What sort of signal does that send out to developers?" An EA spokesperson said the delay had been agreed so "that timings reflect the balance of ecological risks".

The floodplains project is expected to create 55 ha of wildlife habitat on the river, estuary and floodplain. Tony Whitehead from the RSPB said it had been "very concerned" about work being carried out in May, "in the middle of the nesting season".

"It is good to hear that the works have been paused today and for the remainder of this week," he said. "We hope this will give time for the works to be rescheduled for after the bird nesting season, which in our view would be after the end of August."

I don't usually do this sort of thing, but when it is on my local patch it really gets to me!! Scrub & tree removal in May is terrible practice. Please retweet. https://t.co/cYEIymHH0K Two videos showing the area & my concerns. @DevonWildlife @Natures_Voice @EnvAgency @kiergroup pic.twitter.com/U8doUyBP5K