Indonesia's forests, which have been severely diminished by logging and burning in recent decades, today [18th June 2010] received a boost as the Government of Indonesia doubled the size of the country's first forest for 'ecosystem restoration'.

Indonesian Forest Minister Zulkifli Hasan announced that he would expand the 52,000-hectare concession held by Burung Indonesia, the RSPB (UK) and BirdLife International in central Sumatra to a total area of 98,000 hectares. The restoration area is now two-thirds the size of Greater London and is larger than Singapore. 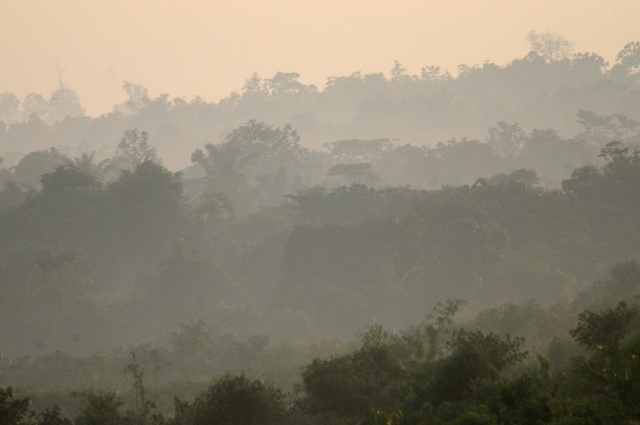 Harapan Rainforest is one of the last remaining areas of dry lowland Sumatran forest, and is one of the most threatened rainforests in the world. It is home to a host of rare animal and plant species, including the critically endangered Sumatran Tiger (Panthera tigris sumatrae), of which fewer than 300 remain in the wild. It supports an amazing 55 mammal species, including the globally threatened Asian Elephant (Elephas maximus sumatranus) and Malayan Tapir (Tapirus indicus), as well as the world's rarest stork — the Storm's Stork (Ciconia stormi) — and a rich diversity of other wildlife. 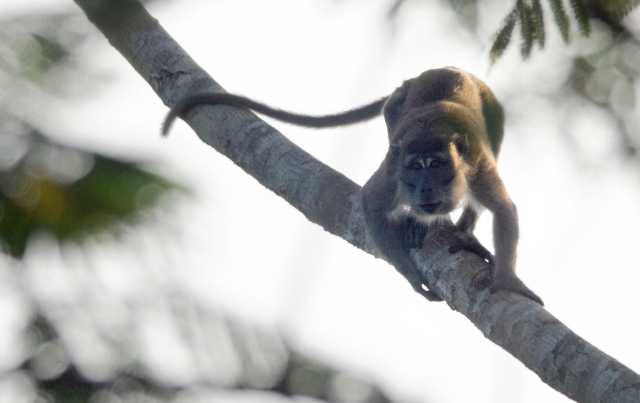 A Long-tailed Macaque climbs from branch to branch in the Harapan Rainforest. (Photo: Clare Kendall (rspb-images.com))

An initial licence of 52,000 hectares was granted to the environmental consortium in 2008, allowing them to protect and restore the forest in a former logging concession. Burung Indonesia, the RSPB and BirdLife International can boast considerable achievements from the project's first phase: 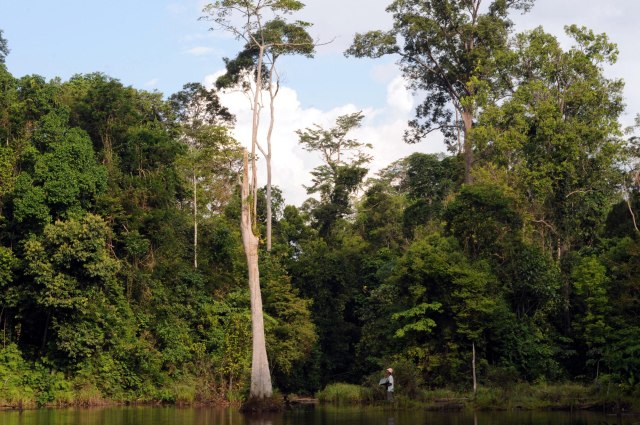 A research student at work in the Harapan Rainforest. (Photo: Clare Kendall (rspb-images.com))

"Sixty million hectares of Indonesia's forest land is categorised as production forest, but much of this forest, like Harapan Rainforest, has significant density of trees and an amazing richness of biodiversity. It makes sense for our economy and our natural environment to turn areas of great potential like Harapan Rainforest into thriving centres of forest restoration. When such forests are burned or converted to agriculture, it's an invaluable loss to our heritage and the natural resource base that sustains us all." 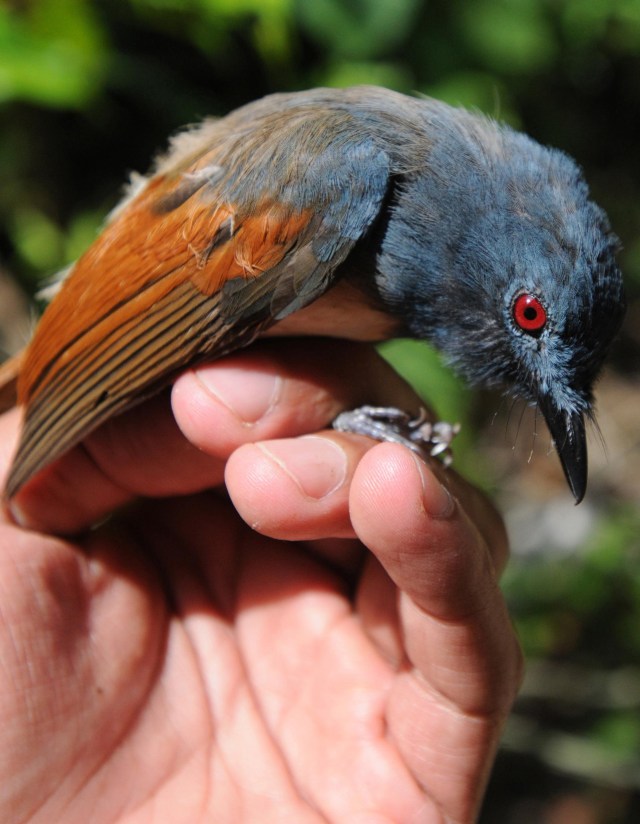 Marco Lambertini, Chief Executive of BirdLife International, said: "Harapan Rainforest breaks new ground in Indonesia as the first forest for ecosystem restoration and as such, we hope it will act as a model for other similar initiatives around the country as well as in other countries across the tropics. Since work began in Harapan Rainforest in early 2007, at least four other applications for 'ecosystem restoration' licences have been submitted to the Government of Indonesia; these are at various stages of approval."

Dr Dieter Hoffmann, the RSPB's Head of Global Programme, said: "By extending the area under conservation management, we significantly increase the populations of threatened species we are able to protect, such as Sumatran Tigers, Asian Elephants, Agile Gibbons, and the nine hornbill species we have on site. Larger areas are able to hold larger populations and these tend to be much more sustainable. We also anticipate being able to protect a far greater diversity of plant and animal life."

The Harapan Rainforest initiative is funded by a range of agencies including the German Government's Ministry of Environment international climate initiative, through KfW Entwicklungsbank, the Global Conservation Fund of Conservation International, the European Union, BirdLife partners organisations in Germany, Switzerland, Belgium, Denmark, Singapore and the Netherlands, various other foundations and agencies and thousands of individual donors.