A new 122-ha land purchase has connected Colombian cloudforests that are home to one of the world's rarest birds, Antioquia Brushfinch.

The expansion of the Guanacas Reserve in the Colombian Andes was backed by the World Land Trust's (WLT) Action Fund supporters and made possible by the foresight, knowledge and hard work WLT partner, Fundación Guanacas Bosques de Niebla. As a result, the reserve is expanded to 687 ha – the size of Gibraltar.

The reserve extension brings a major reprieve to a wealth of endangered life, none more so than the endemic Antioquia Brushfinch. First identified from three museum specimens in 1971, it wasn't seen alive in the wild until 2018. Lying on the edge of extinction, its population is thought to number fewer than 50 individuals, restricted entirely to a tiny area of north-western Colombia. 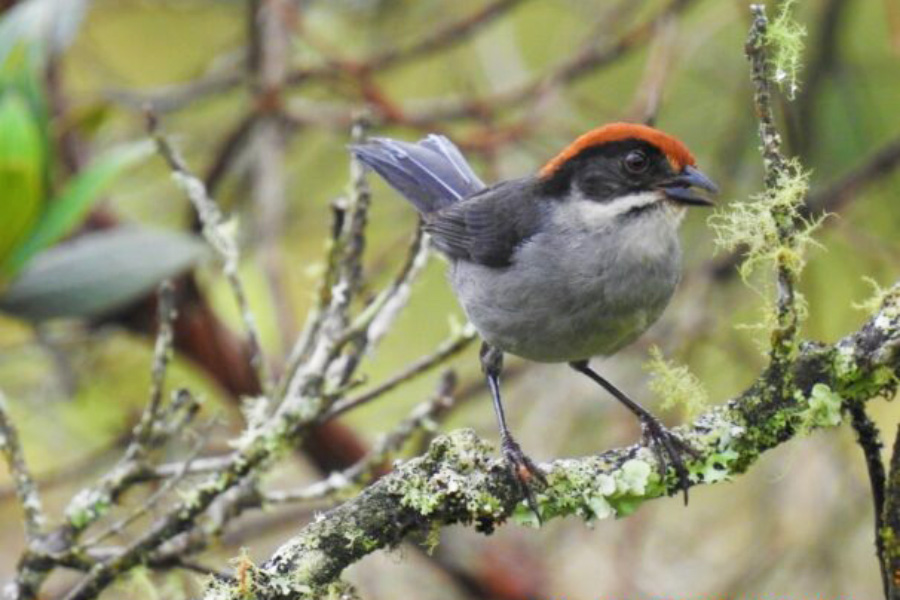 Antioquia Brushfinch is one of the rarest birds in the Western Hemisphere (Juan Carlos Macías / Fundación Guanacas).

The new land purchase provides the few remaining Antioquia Brushfinches with "territory free from the threat of habitat loss, being a sanctuary of biodiversity in perpetuity," according to José Rodrigo Castaño Díaz, Founder of Fundación Guanacas. He added: "Expanding the reserve is the best strategy to guarantee their reproduction and improve their population."

Farming activities, including livestock and agriculture, are the main drivers behind the habitat loss that blights the region and are the "greatest threat" to its biodiversity, says José. They not only deforest the land but degrade it as well, affecting the soil, water and habitat quality that all forms of life depend on.

Meanwhile, other Guanacas residents such as Ocelot and Oncilla are threatened by the illegal wildlife trade, while Puma comes into conflict with local communities who fear the predator may prey upon their cattle. Fundación Guanacas staff are working on strategies to improve these human-wildlife relationships, while the newly purchased land will consolidate an important biological corridor for the wildcats, who as top predators play a key role in the ecosystem.

A reserve of special significance

Perched between 1,900 and 2,700 m above sea level, Guanacas Reserve protects one of the last remnants of lower montane wet forest. Strongly influenced by climatic phenomena, the reserve also performs crucial ecological functions by improving soil fertility, storing carbon, reducing the risk of erosion and landslides, and acting as a reservoir for the surrounding area.

Alongside the flagship brushfinch, the reserve extension will benefit the resident Endangered magnolia tree Magnolia yarumalensis, a spotted rodent known as Mountain Paca, the Critically Endangered toad Atelopus sernai, the distinctive Golden-fronted Whitestart, and more than 90 species of orchid. 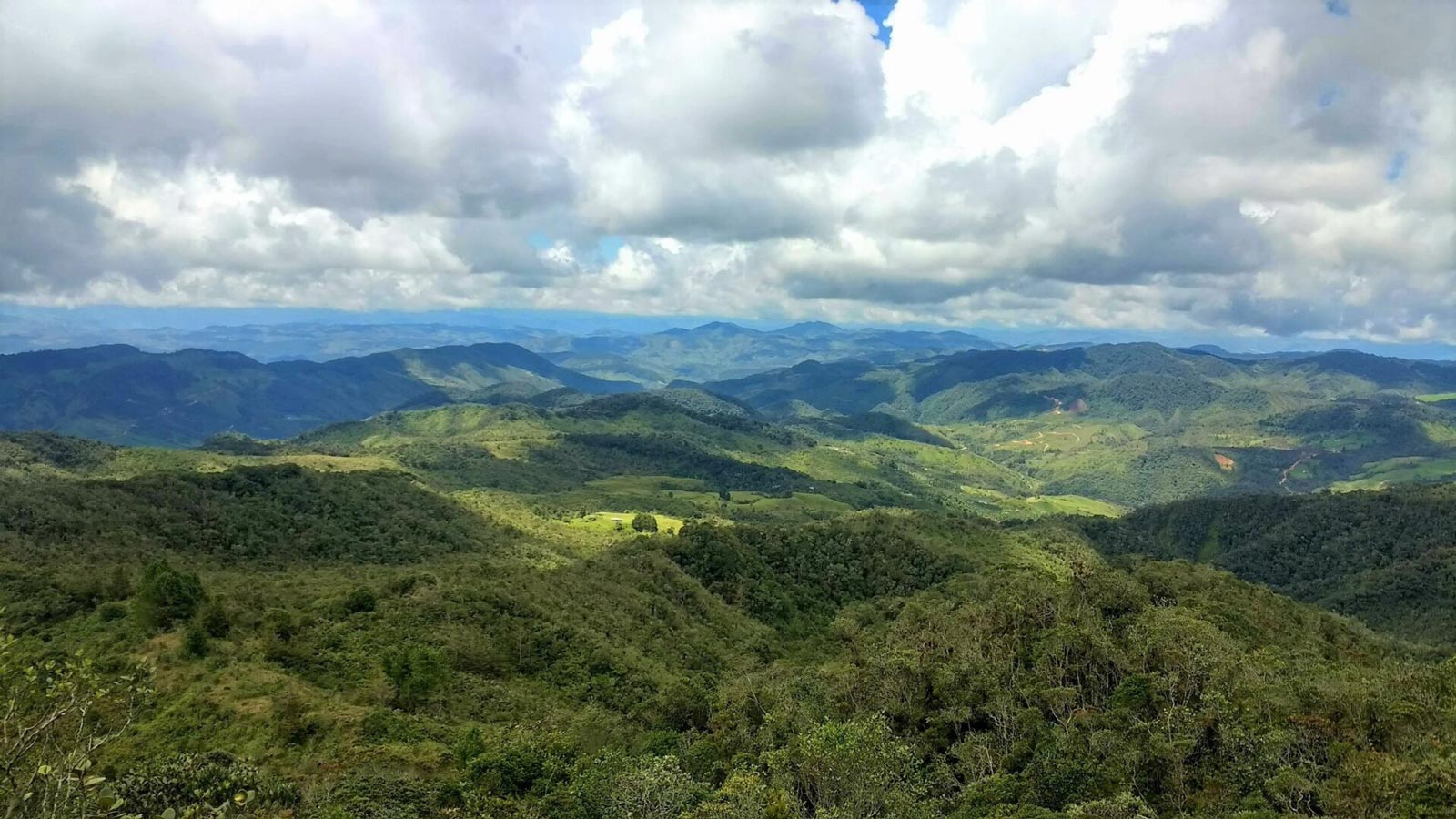 Guanacas Reserve is made up mostly of cloudforest, with some areas of former pastureland (Fundación Guanacas).

To ensure a safer, healthier home for all, Fundación Guanacas plans to restore various degraded areas in the reserve using native plant species, boosting connectivity between the site and the Santa Rosa de Osos municipal reserve. A small area of former pastureland will be set aside to use as a base for environmental education, ecotourism and community outreach initiatives.

After the reserve expansion was confirmed, Juan Carlos Macías, Lead Ranger for Fundación Guanacas, described WLT's support as "a voice of encouragement for our conservation work that inspires us to continue forward. It strengthens us, and allows us to take on new challenges … This support allows us to be an example for other initiatives of civil society, teaching that conservation is everyone's responsibility and commitment, even more so in times of uncertainty and global crisis."