Researchers in Bulgaria have undergone the largest ever capture of Endangered Red-breasted Geese and fitted satellite tracking devices in a bid to unlock one of the biggest mysteries of the natural world. Just over ten years ago, more than 50,000 of the small, brightly coloured geese seemingly disappeared from their wintering grounds along the Black Sea coast in Bulgaria, Romania and Ukraine. Coordinated international counts have not since recorded a significant increase, leaving scientists speculating whether the missing geese — half the world population — have relocated to unknown sites in southwest Asia or fallen foul of hunting, development and changes in farming. 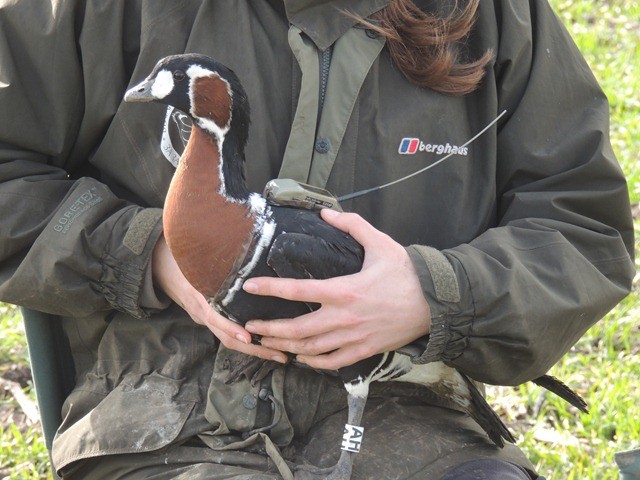 Teams from the Wildfowl & Wetlands Trust (WWT) and the Bulgarian Society for the Protection of Birds (BSPB) caught 91 Red-breasted Geese and fitted 11 tags to follow the birds' individual movements along their 6,000 km migration to breeding grounds in Arctic Russia. But conservationists working to save the Red-breasted Goose are being realistic about the chances of rediscovering the 'lost' population. The data gathered will also help conservationists work with farmers, planners and developers in Bulgaria. Peter Cranswick, Head of Species Recovery at WWT, has been at the heart of the international effort to catch and tag the geese. He said: "Almost overnight, we were unable to account for around half the world's Red-breasted Geese. The reasons are still unclear and we are tracking these individual birds to find out more. The data we get will be invaluable to our work with local communities in Bulgaria — the farmers, shooters and landowners — to work out how we support the remaining geese, while still meeting their needs. It is also possible that, as the climate has changed, some birds have started to winter further east. We hope our tagged birds will reveal as yet unknown sites, so we can assess their importance and — if necessary — ensure their protection." 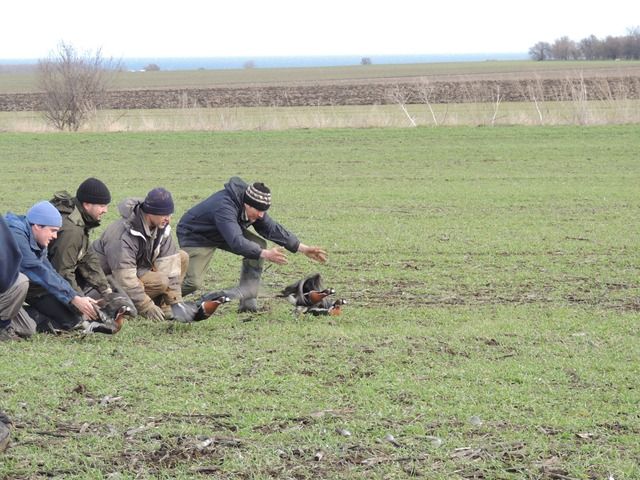 Kane Brides, one of the WWT team who caught and tagged the geese, described the ups and downs of the task: "Over the last two weeks we've seen many Red-breasted Geese approach the catching area only to be flushed off by a White-tailed Eagle, Goshawk, Peregrine or a Long-legged Buzzard! There have been times when we've worked late into the night setting nets and the birds just didn't turn up the day after. We were up well before dawn on the last day. Within half an hour of entering the tent (our firing point) we had successfully made a catch of 91 Red-breasted Geese and 28 White-fronted Geese! All those long days in the field over the last two weeks were worthwhile!"

The project 'Safe Ground for Redbreasts' LIFE09/NAT/BG/000230 is funded the contribution of the LIFE financial instrument of the European Community.