New analysis by The Wildlife Trusts has calculated the shocking impacts of extracting peat for use in horticulture.

The study estimates that as much as 31 million tonnes of CO2 could have been released into the atmosphere since 1990, as a direct result of using peat in gardening, and its use by professional growers of fruit, vegetables, and plants.

The campaign to stop peat extraction took off in the 1990s but only now are the UK and Welsh governments conducting a public consultation on ending the use of peat in the retail sector in England and Wales by 2024 – a timescale which conservationists believe is too long.

As well as analysing the impacts of peat extraction in the UK, The Wildlife Trusts found that the UK 'offshores' most of its peatland emissions and damage to wildlife to the countries who dig peat up to sell it in the UK. Currently, emissions from these imports are not counted in the UK's greenhouse gas emissions figures. 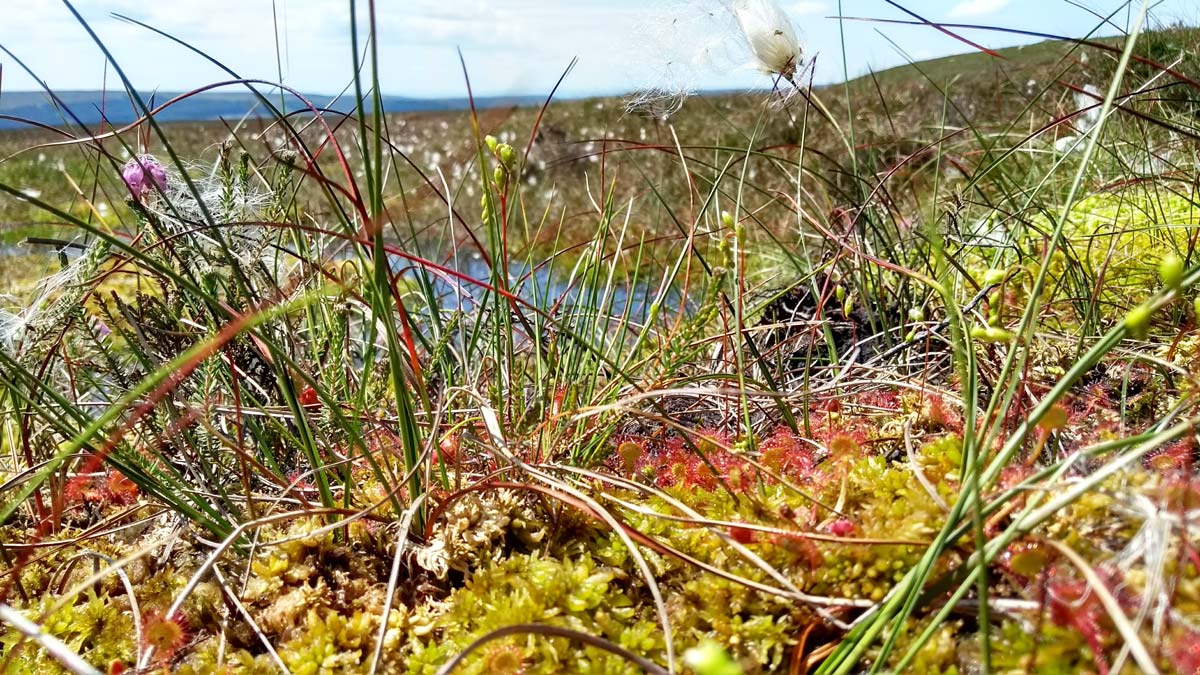 As well as being fantastic carbon sinks, peat bogs host unique and varied flora, with many rare and endangered species (Dom Hinchley).

Despite three decades of campaigning against extraction and increased public outcry, peat continues to be sold in vast quantities for amateur and professional gardening use, with huge consequences for nature and climate.

Industry progress towards peat-free alternatives has been slow and inconsistent, and in 2018-19 peat consumption in the UK declined by just 2.3%, before rapidly increasing by 9% as lockdown drove more people to buy compost for gardening.

On average, annual UK peat sales would fill 29,000 large shipping containers and could release up to 850,000 tonnes of CO2.

If peat is left undisturbed – in bogs, not bags – this quantity could have stored approximately 238,000 tonnes of carbon for millennia to come. However, once peatland habitats are disturbed for extraction, stored carbon becomes carbon dioxide (CO2) and is lost to the atmosphere forever, contributing directly to climate change. The peat extracted for UK horticulture in 2020 could release up to 880,000 tonnes of CO2 over its lifetime as a growing medium – the equivalent of driving an average car 2.2 billion miles, or to the moon and back more than 4,600 times.

Ailis Watt, peat officer at The Wildlife Trusts, said: "These losses are gigantic, irrecoverable and unjustifiable. Peat and the carbon stored within it simply cannot be replenished within human lifetimes. Each time governments dither over whether to ban peat use in horticulture, we risk losing more of this habitat that has taken millennia to develop, as well as losing its huge capacity for carbon storage.

"Extracting peat is bad for our climate and for wildlife. Peatlands provide habitat for a rich diversity of plants and animals. Migrating birds feed on peatland insects, while snakes and lizards also thrive in these special places. The UK is already one of the most nature-depleted countries in the world and extracting peat destroys complex ecosystems that are vital for nature's recovery. It has to stop.

"Investing in peatland restoration while allowing extraction to continue is illogical and an inefficient use of public funds." 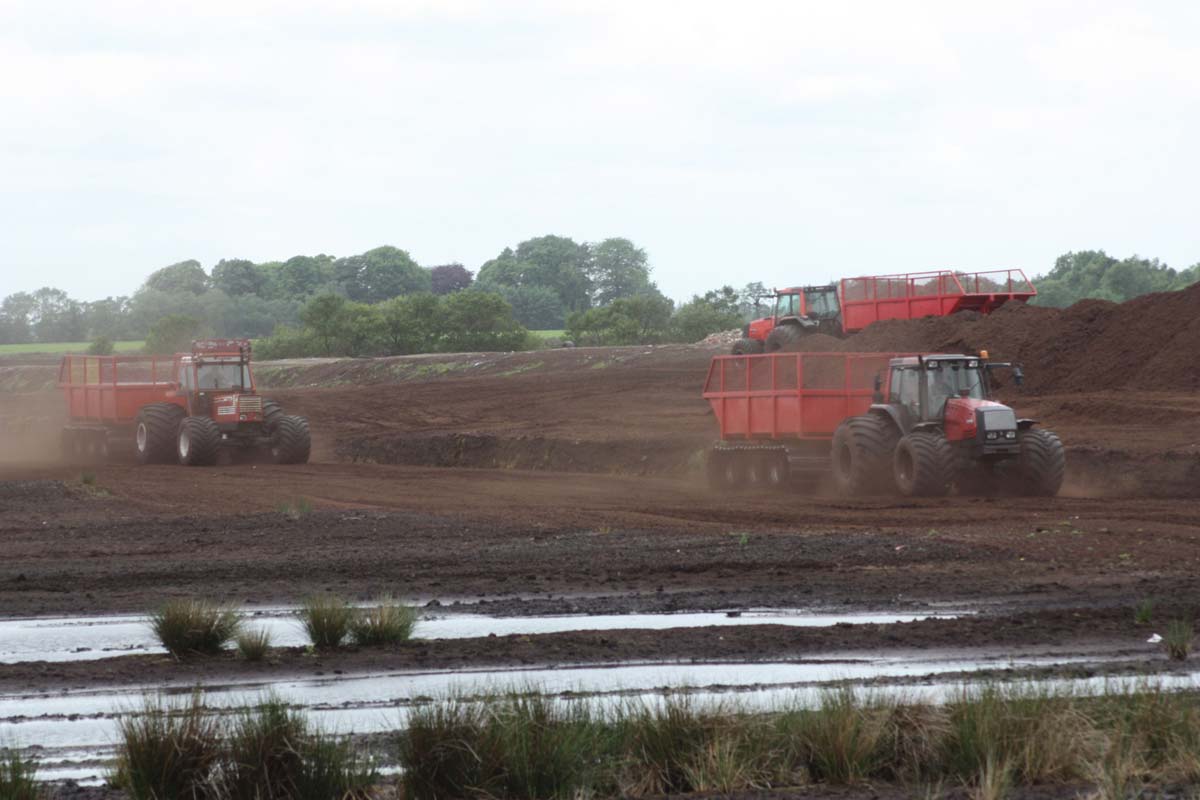 Peat extraction for gardening is a carbon-intensive process that is causing irreversible damage to the atmosphere (Lancashire Wildlife Trust).

The Wildlife Trusts are calling for an immediate ban on the sale and extraction of peat for horticulture, and a ban on importing peat from abroad. Waiting until 2024 to ban peat use could add more than 1.5 million tonnes of CO2 to the atmosphere (roughly equivalent to the annual greenhouse gas emissions of more than 214,000 UK residents) while further contributing to species and habitat decline.

The Wildlife Trusts say that bringing about an end to all uses of peat is an obvious step that UK Governments can take to put nature into recovery and transform peatlands from carbon emitters into carbon sinks.

Members of the public are urged to respond to the Government consultation, which is open until 18 March 2022, and take part in The Wildlife Trusts' e-action here.