Request for sightings of migrating bats in the British Isles

For the last two years, Gardline Environmental Ltd has been studying migrating bats in the central North Sea using Anabat SD2 bat detectors stationed on a vessel undertaking a long-term survey. The intention has been to passively record any echo-locating bats migrating across the central North Sea. There are obviously limitations to this study: to record bats, they need to be within the relatively short recording range of a bat detector, and they also need to be echo-locating, something they may not necessarily be doing when over the open sea. 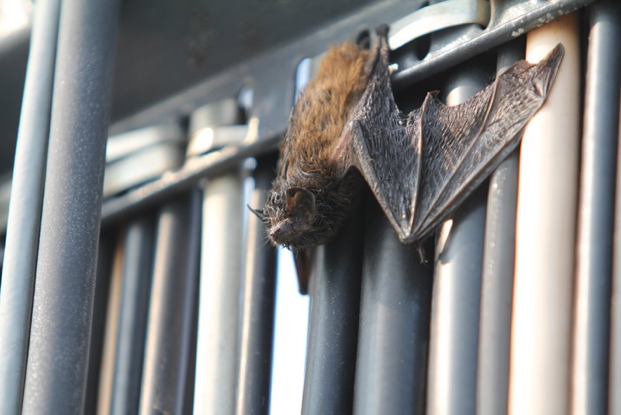 Presumed Noctule on board a vessel in the North Sea, September 2011 (© Gardline Environmental Ltd).

In recent decades scientific data, particularly ringing recoveries, have uncovered some of the migration secrets of many species of European bat. For example, we now know that at least four species of bat (Nathusius' Pipistrelle, Noctule, Leisler's Bat and Parti-coloured Bat) migrate vast distances from northeastern Europe to the southwest of the continent to spend the winter. Through ringing recoveries, certain individuals have been shown to fly huge distances, with record one-way autumn migrations of Nathusius' Pipistrelle and Parti-coloured Bat totalling 1,905 km (Latvia to France) and 1,787 km (Russia to France) respectively.

In the British Isles, relatively little bat ringing work has been undertaken and outside the summer months we have little knowledge of where many of breeding bats are. Certainly, the number of bats in known hibernacula total far fewer than the number we know to be present during the maternity period. So, exactly where do many of our summering bats go outside of the maternity period? Further, how many bats migrate into the British Isles to spend the winter? Bat ecologists are still a long way from answering these questions. We know that migrating bats turn up on North Sea oil platforms; there is also a long history of extralimital records from normally bat-free zones such as Shetland and the Faeroe Islands. Small numbers of bats have also been seen to fly in off the sea at east-coast watchpoints during migration times, the Parti-coloured Bat at Kelling (Norfolk) in September 2008 being a well-known recent example. 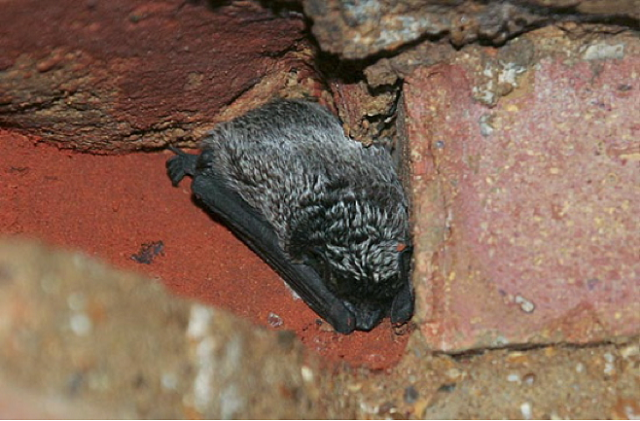 In addition, vagrant bats have been discovered at hibernation sites in the British Isles: for example, a Northern Bat was found in Surrey in January 1987.

In combination, what can we deduce from such records? There are too few to be confident that bats have established or are establishing wintering populations in the British Isles. On the other hand, are there too many for them all to be treated as vagrants? We are now aware of a number of breeding colonies of Nathusius' Pipistrelle in the UK, the first of which was not discovered until 1996. Before this, the species had been considered primarily as a very rare migrant.

In order to add valuable records to what is a very limited dataset, we are appealing for records from any birders/naturalists who have seen bats flying in off the sea or heading out to sea in the British Isles, and for any casual records from ferries, vessel or rigs and platforms in the North Sea. We are aware of birders who have witnessed such events, and often such records go no further than that person's notebook. We appeal to anyone who has such records from down the years to dig them out and share them via email: migrantbats@yahoo.co.uk. It doesn't matter if the bat was not identified, but as much detail relating to the record (for example location, date, time of day, weather conditions, associated bird movements) would be gratefully received. All contributors will be acknowledged appropriately. Thanks in advance! 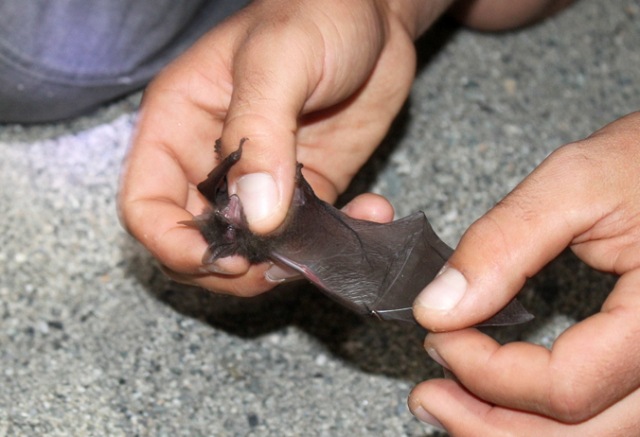 Geoffroy's Bat, Corsica, August 2010 — could expanding populations on the near-Continent lead to records in the British Isles in forthcoming years? (Richard Moores).