After a successful public appeal for sightings of Hen Harriers over the spring and summer — with over 100 reports recorded — the Heads Up for Harriers group is asking the public to help once again this winter.

Hen Harrier is one of Britain's rarest birds of prey, with most harriers found in Scotland. To help safeguard the species, a number of organisations are working together on conservation projects to promote summer breeding success, under the Partnership for Action Against Wildlife Crime Scotland (PAW Scotland).

But there is little known about where the birds head to in the winter months and of the particular threats to the birds' survival in winter, something PAW Scotland wants to understand better.

Last spring's Heads Up for Harriers sightings system was a great success. Project Officer Wendy Mattingley commented: "I'd like to say thank you to everyone who has sent in their very valuable records. We've had a fantastic response, with over 100 records of Hen Harriers spotted throughout Scotland. This includes some important sightings, leading to the discovery of seven previously unknown active pairs or nests."

This system is now being rolled out to collect year-round sightings, and PAW Scotland is encouraging the public to report sightings of Hen Harriers both now and in the coming winter months. 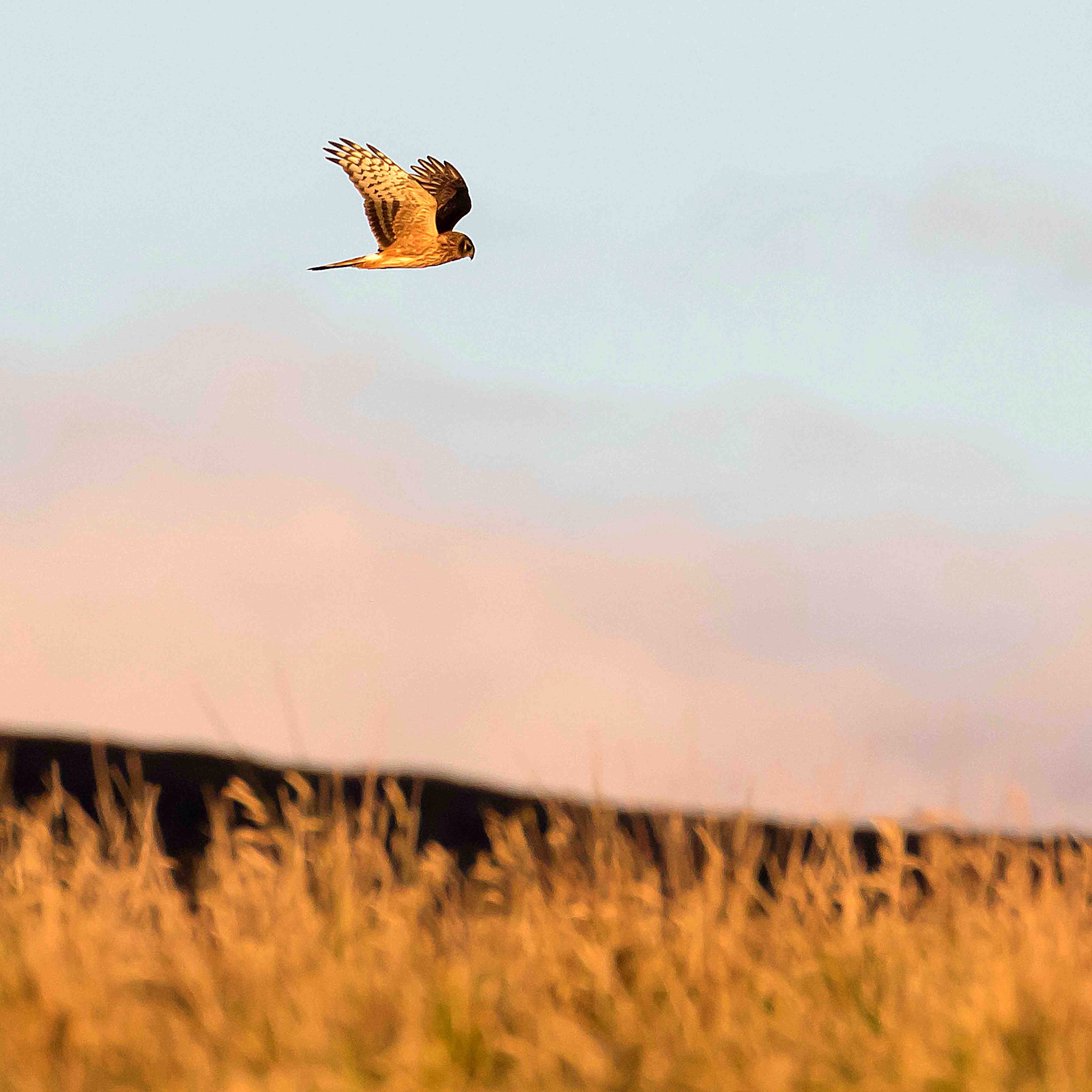 Chris Rollie, Chair of the Dumfries and Galloway Raptor Study Group and co-ordinator of the Scottish Hen Harrier winter roost survey, explained: "While we know that many Hen Harriers generally leave the uplands in winter and head south or at least to lower ground, we have much to learn about just where they go and which areas of the UK they favour. So, it would be great to get more information, especially on where and at what time of day they are seen, and whether they are grey adult males or brown females or immature males."

Professor Des Thompson, Chair of the Heads Up for Harriers Group, added: "Much of our conservation work is directed at improving the breeding success of Hen Harriers, from nesting through to fledging of young birds. But we know relatively little about what happens to these birds in the winter months, a time when adult birds can be particularly vulnerable to cold weather, lack of food, and persecution. We do know that Hen Harriers tend to gather at night-time winter roosts and that birds may move down from higher summer breeding grounds. So I'd appeal to anyone who has the good fortune to see a hen harrier to report it to our Heads Up for Harriers e-mail, SMS or telephone number. It's important to note the time of the sighting, as this will help us to identify whether the bird is hunting or in the vicinity of a roost site. By better understanding the threats that these birds face in the winter months, we can develop better conservation measures."

Sightings of Hen Harriers can be e-mailed to HenHarrier@snh.gov.uk or reported by calling 07767 671973. Please include any details of places where birds are seen (a six-figure grid reference is best), time and date of sighting, the sex of the bird and any notes on behaviour. For more information, see here.