The discovery of a new roosting site, coupled with an innovative and successful programme geared towards promoting the use of artificial feathers in ceremonial headdresses, gives renewed hope for the continued survival of Blue-throated Macaw.

One of South America's rarest parrots, the entire world population of Blue-throated Macaw is estimated at around 250 individuals. Over the past decade, Asociación Armonía (BirdLife Partner in Bolivia) has tirelessly tackled its main threats — habitat loss, a lack of breeding sites and ending illegal poaching.

The organisation's approach to ending illegal poaching has been to give locals an alternative to using real macaw feathers for their headdresses. During their traditional celebrations, inhabitants of the Moxeño plains in Bolivia's Beni department perform with colourful headdresses as they move to the rhythm of bongos and flutes. The dancers, so-called macheteros, dedicate their movements and attire to the colours of nature. Unfortunately, those headdresses are made of macaw tail feathers from four different species, including Blue-throated Macaw. 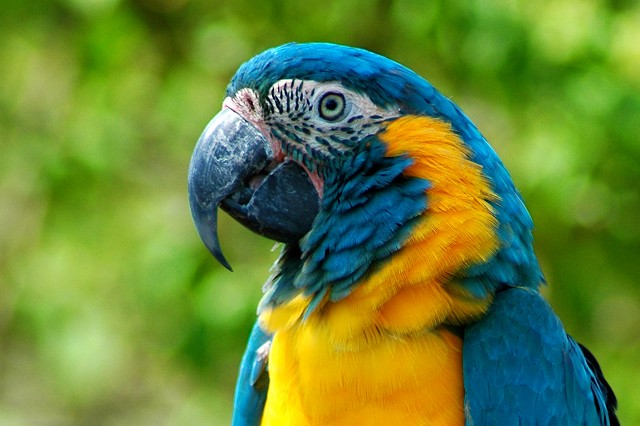 This is where Armonía's Alternative Feather Programme has been effective. It consists of an educational campaign promoting the use of artificial feathers made of organic materials among the macheteros through workshops held in local schools. Since the Moxeños consider themselves to be the guardians of nature and all of its creatures, they were quick to understand the importance of using substitutes.

The programme, which started in 2010 with the support of Loro Parque Foundation, not only protects this critically endangered macaw, but also empowers local craftsmen and women to preserve their natural heritage and their culture. Furthermore, after seeing the mesmerising dances, many tourists buy the alternative headdresses as souvenirs, providing locals with much needed additional income. 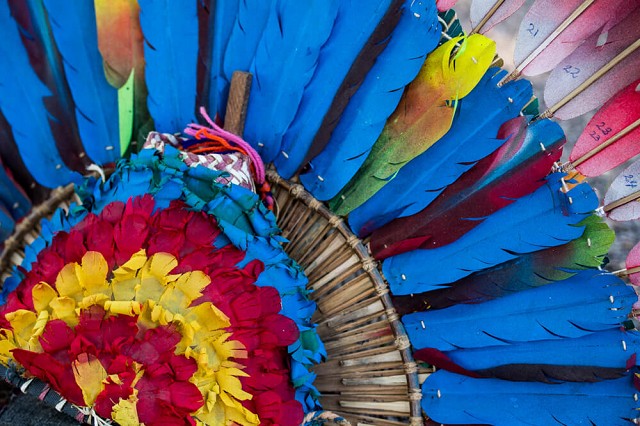 Since 2010, the Moxeño people and Armonía have saved over 6,000 individuals of four macaw species and engaged thousands of local people in the conservation of Bolivian nature. Most big Moxeño towns already host alternative feather training workshops, but rural areas still use real feathers — meaning that there is still work to be done.

While conserving the already established populations of the Blue-throated Macaw is essential to their survival, further research remains vital to make sure none of its habitat is left unprotected.

However, travelling in Beni in the rainy season is something of an adventure. As seasonal rainfall merges with meltwater from the Andes the grasslands become extensively flooded, making it impossible for cars to travel around the area for three to five months of the year. The situation forces locals to revert to their old ways, using horses to get across a savannah that is speckled with pools of water, knee-deep mud and head-high grasses. As a result, conservation research becomes complicated and expensive.

But this didn't stop conservationists from Asociación Armonía from discovering a new roost site. A tip-off came from a local ranch owner, but conservationists have previously chased up reports only to find that landowners have misidentified the much commoner Blue-and-yellow Macaw. It was therefore a very pleasant surprise to find at least 15 Blue-throated Macaws using a small forest island located some 40 km north of Barba Azul Nature Reserve, where the world's largest concentration of the species survives, with regular counts made of over 100 there.