One of the White-tailed Eagles recently reintroduced to the Isle of Wight has been tracked flying around south-east England, including over central London.

The bird, named Culver, was one of six juveniles released at an undisclosed site in the south of the Isle of Wight on 22 August. Thanks to a fitted satellite transmitter, The Roy Dennis Wildlife Foundation has been able to monitor the male, which flew an impressive 220 km in a day on Saturday 31 August. 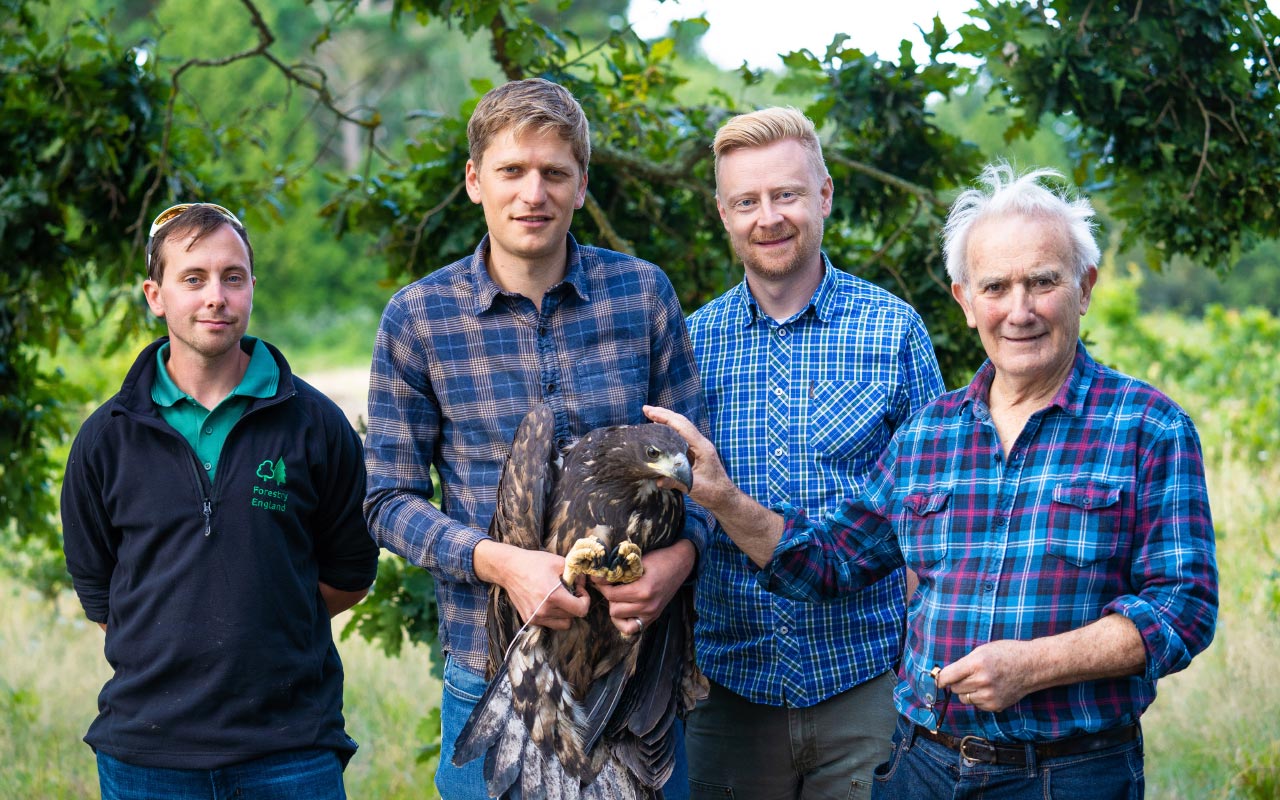 One of the six White-tailed Eagles to be released on the Isle of Wight this summer (Robin Crossley / Isle of Wight County Press).

After release, Culver spent a week exploring the Isle of Wight before, on 28 August, he departed over the Solent to the mainland (which took 15 minutes). He then continued across the New Forest before stopping at a woodland near Ringwood. Culver spent the following morning around Fordingbridge and Blashford Lakes before departing north again, then back south, roosting 5 km north-west of Lyndhurst.

Having racked up 100 km of travel, it was then somewhat surprising that he decided to tour south-east England the following day, Saturday 31 August. After a relatively slow start he crossed Southampton Water at 11 am, then flew east across the city. He continued on the same easterly trajectory for the next hour, passing to the north of Portsmouth, before turning north-east.

Aided by a fairly brisk south-westerly tailwind, he made fast progress through Surrey – over Thursley Common and Ash Ranges – before passing over Queen Mary Reservoir. As he approached Heathrow airport, Culver turned to the east and headed for central London. Incredibly, at 2.23 pm, he was directly above Big Ben, at an altitude of 705 m.

Having passed over London, Culver showed no signs of letting up and continued to follow the River Thames east, passing over Canvey Island at 3.20 pm and then Southend-on-Sea 10 minutes later at an altitude of less than 200 m. Eventually, at 3.44 pm, he landed on the North Sea coast near Great Wakering, just north of the mouth of the Thames Estuary. There he stayed, perhaps having found something to eat, before roosting in a small wood 500 m inland.

The following day, he headed south to the Isle of Sheppey, making landfall there at 10.35 am. After resting for just under an hour he set off again across the east end of the isle before crossing the estuary to Faversham. He continued south through the Kent countryside at high altitude – flying in excess of 1,200 m at times. 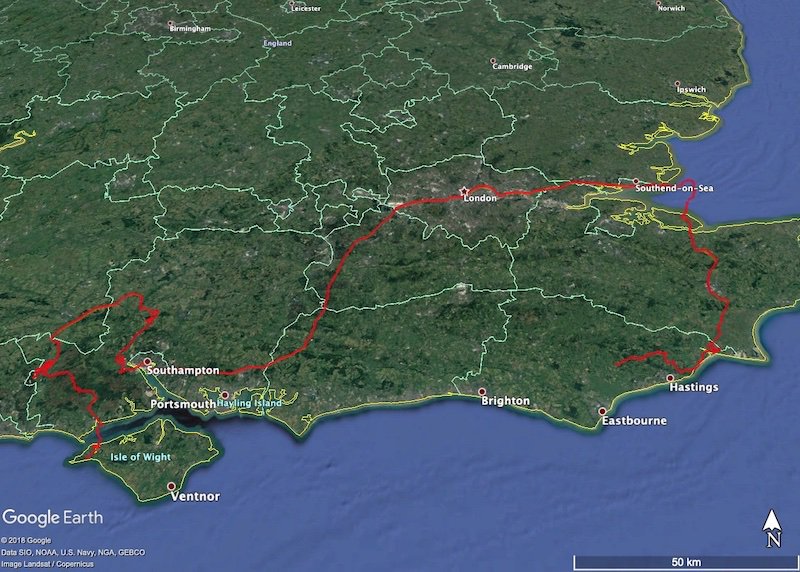 He crossed into East Sussex at around 1.40 pm and then stopped to the north-east of Rye, a few kilometres from the coast and 14 km west of Dungeness. He then flew west through Sussex but, rather than head along the coast, he cut inland as he approached Hastings and between 4 pm and 6.20 pm was perched in a field near Ashburnham. He likely roosted there or nearby.

On Monday 2 September, Culver left his overnight roost at 9.50 am and 10 minutes later was circling over Rye Harbour. From there he headed west along the coast, pausing briefly as he approached Hastings, and then heading north-east to avoid flying over the town.

At 2.30 pm he was circling over the south end of Powdermill Reservoir before heading west, passing over Battle at 2.54 pm at an altitude of 154 m. Culver stopped in the field near Ashburnham again, just before 4 pm, having flown approximately 50 km during the course of the day.

Where he heads next remains to be seen. It's possible he could stay in East Sussex for a while, or he could continue west, perhaps to Knepp Estate or the Arun Valley, where a White-tailed Eagle wintered in 2010. Research has shown that juvenile White-tailed Eagles often wander widely in their first two years, sometimes venturing 200 km from their nest site.