A Northern Bald Ibis from a central European reintroduction scheme has been shot and killed by a hunter in Tuscany, Italy.

The satellite-tagged ibis, a two-year-old female known as 'Afra', had been present at the birds' wintering location of Orbetello Lagoon, on the Tuscan coast, for around two weeks, before her transmitter stopped sending signals.

Investigative work by the reintroduction scheme's co-ordinators tracked down the corpse, and an autopsy has confirmed that she was shot.

Afra became a minor celebrity earlier this autumn when she became lost in the early stages of her southbound migration, which saw her take a more westerly trajectory than normal into Isère, in eastern France. Here she proved extremely confiding and was taken into care by a wildlife rehabilitation centre. However, her condition proved to be good and she was released the next day. After her early mistake, Afra reoriented and had successfully found her way back to Tuscany by late October. 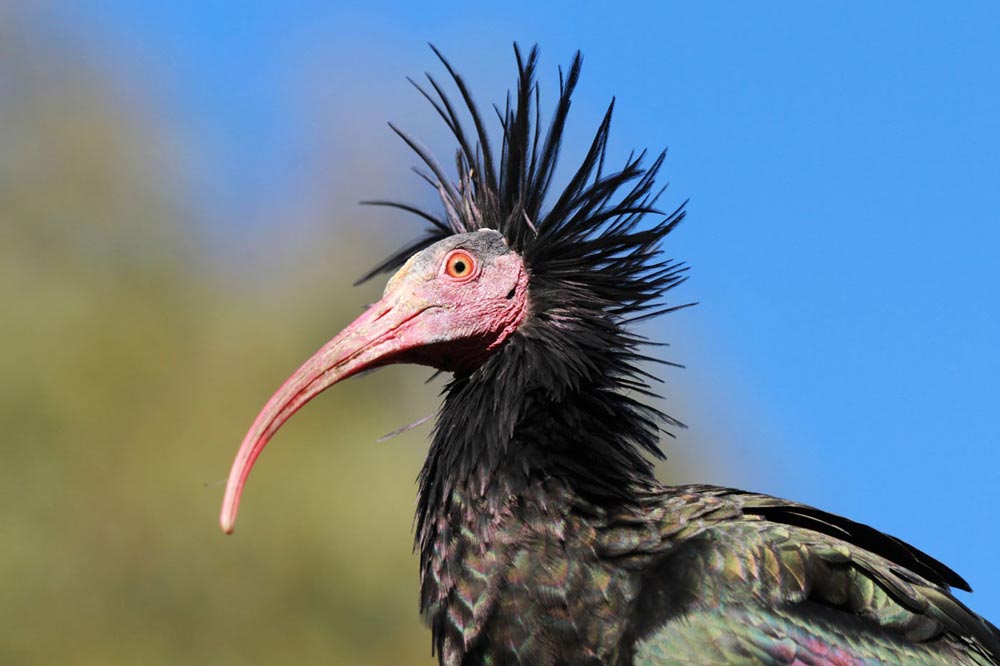 Northern Bald Ibis has been the subject of a reintroduction scheme in the Alps since the 2000s (J Fritz / Waldrappteam).

Despite conservationists' pleas for hunters to pay close attention to what they are shooting, and make a positive identification before firing their weapons, falling victim to shooting remains one of the biggest threats to the Northern Bald Ibis reintroduction scheme in Europe, and the killing of Afra is a sad reminder of this.

Northern Bald Ibis was native to central Europe until it was extirpated in the 17th century. However, an ambitious EU-funded reintroduction scheme, Waldrappteam, was launched in the mid 2000s. A partnership of eight conservation organisations spanning Austria, Germany and Italy are involved, and have been captive-breeding ibises for a number of years. The first breeding colony was established in Bavaria in the early 2010s, with three more having been created in Germany and Austria since.

Initially, the young ibises released participate in human-led migrations in autumn to a common wintering area for each population – Orbetello Lagoon in Tuscany. Older birds have evidently learnt the migration and now move independently between coastal Italy and the Alpine breeding grounds each spring and autumn, and their wild-born offspring now learn the migration route off their parents. As of 2019, the migratory population of Northern Bald Ibises stood at 140 individuals. 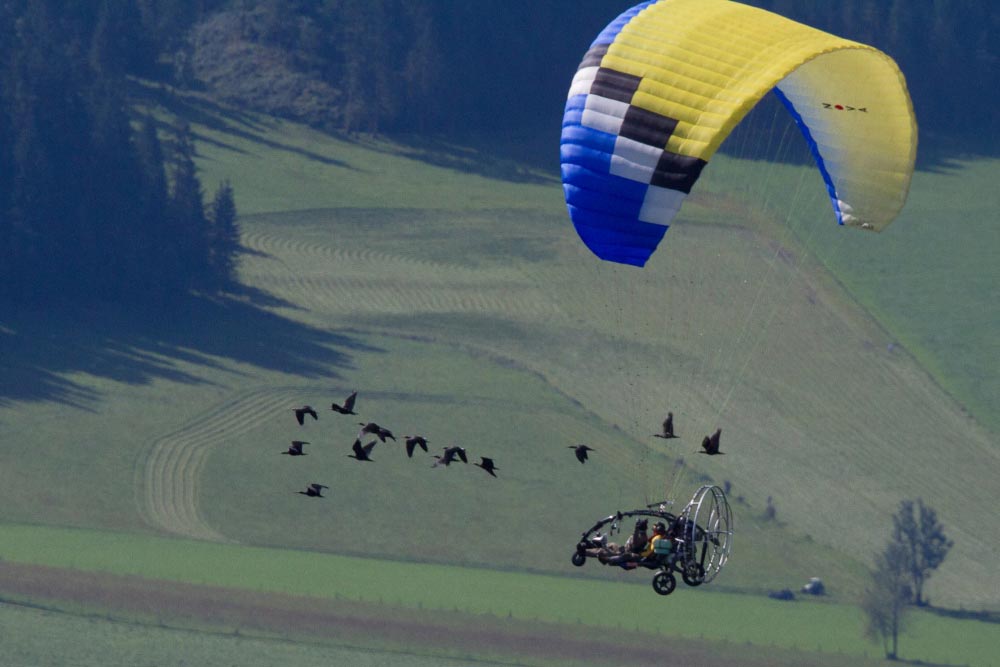 Young ibises from the Alps reintroduction scheme partake in human-led migrations in order to teach them the route to their Italian wintering grounds (R Bateman / Waldrappteam).

Hunting remain the biggest threat to the ibises – a 10-year feasibility study showed that 60% of fatalities (some 50 birds) were causes by hunters in Italy, while electrocution and predation were among the other causes.

Find out more at waldrapp.eu. More statistics about the project can be found in the latest online report.