Forestry England has revealed that one of the six White-tailed Eagles released on the Isle of Wight last summer has taken up residence in Oxfordshire.

The eagle, known as G3-93, has been favouring an area close to the M40 in the county for some four months, having flown there last autumn from the release site on the south-coast isle.

Here, G3-93 has been happily co-existing with the local Red Kites, following them around and feeding on carrion, including a Roe Deer carcass. It may seem surprising that a bird with a 2.4-metre wingspan hasn't been seen more regularly but, like with most other eagles, it spends most of its time perched out of sight in trees. 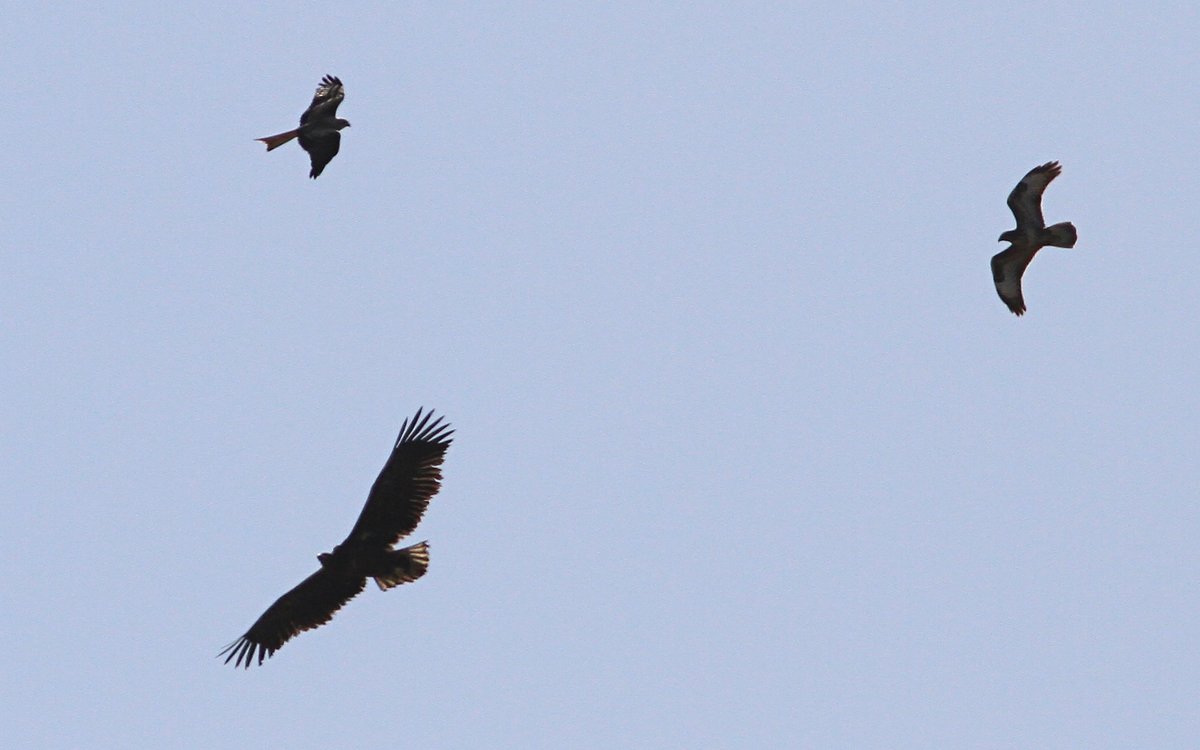 Steve Egerton-Read, a project officer for the reintroduction programme led by Forestry England and the Roy Dennis Wildlife Foundation, said the bird is safe from human persecution: "Oxfordshire is full of game shoots but there's no ill-will towards it and the landowners are very pleased to have another exciting bird to add to their list.

"I don't have many concerns for their safety over southern England and there is much more food for them here than in Scotland."

Such wanderings are entirely typical of young White-tailed Eagles, particularly in their first two years as they get to grips with their surroundings. Previous research in Scotland has shown that youngsters often venture up to 200 km from the release site during this initial post-release period. This was examplified by one of the Isle of Wight eagles, known as Culver, just days after the birds' release last summer, when it made an amazing 680-km round trip to Essex and back.

Sadly, this wanderlust can also be the downfall of some young eagles. The first few months after leaving the nest are a challenging time for all young birds and the Isle of Wight project's eagles proved no exception. The aforementioned Culver sadly went missing after his escapes, while another of the juveniles was found dead not far from the original release site.