Reintroduced Bearded Vulture killed by wind turbine in The Netherlands

A young Bearded Vulture that had been released last year in the Alps and that had wandered to northern Europe has been found dead under a wind turbine in The Netherlands.

The bird, named Angèle, was part of a reintroduction scheme in the Baronnies as part of the LIFE GypConnect reintroduction project. Multiple stakeholders significantly invested in breeding and eventually releasing Angèle in the wild as part of the efforts to reintroduce Bearded Vulture in the Massif Central and Pre-Alps, with the ultimate goal to connect the population of the species between the Alps and the Pyrenees. 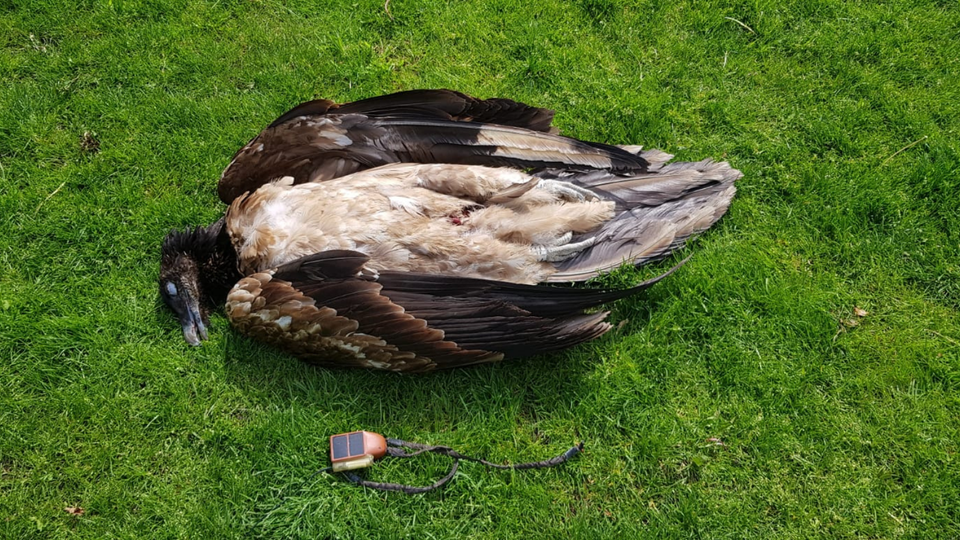 Since his release nearly one year ago on 28 May 2020, Angèle spent the winter in the surrounding area, before dispersing further away in late spring, visiting the Massif Central, Paris, Dunkirk and flying out at sea north of Blankenberge in Belgium, before returning to land at Middelburg in The Netherlands. 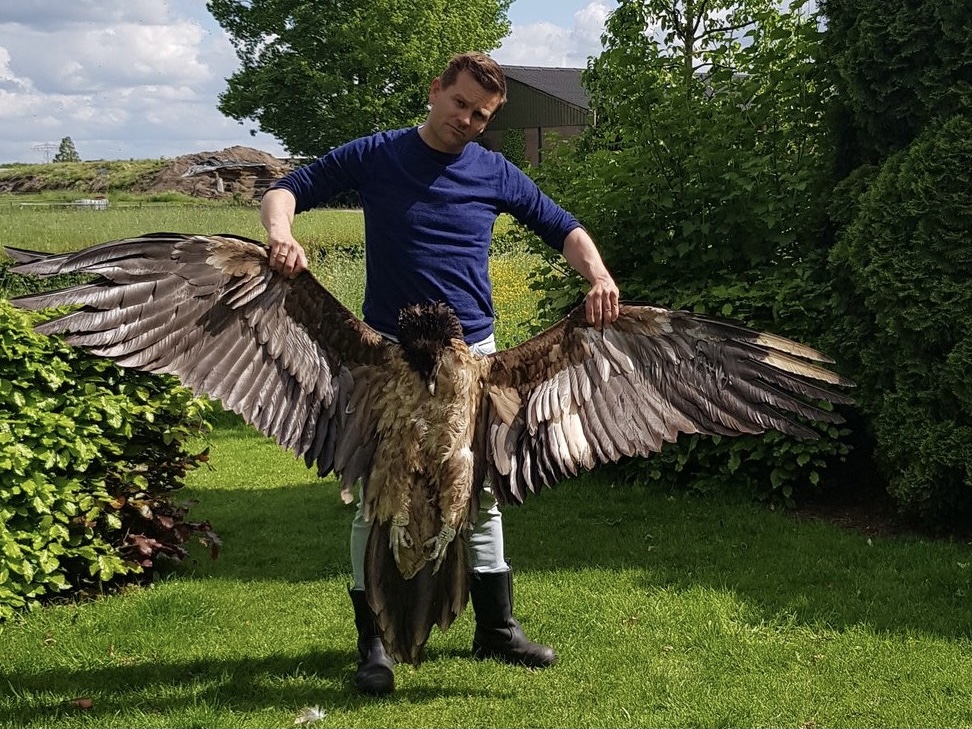 Hans Pohlmann of VCF with the carcass of Angèle.

Due to the poor weather during his stay in The Netherlands, Angèle flew through and roosted in some unusual places. He spent one of the nights in a small stand of trees next to a busy road, and eventually followed the coast and roosted for the night in Robbenoordbos, near a wind farm. On Tuesday [25 May] afternoon he flew among the wind turbines, raising alarm bells.

The Vulture Conservation Foundation (VCF) has been closely following Angèle’s recent movements, notably Hans Pohlmann, the president of the management board and a resident in The Netherlands. He had kept an eye on the bird, even contacting one of the wind farms where the bird roosted on Tuesday evening. Unfortunately, while he was moving close to some other wind turbines near Wieringerwerf on the morning of 26 May, Angèle met a tragic end when he collided with a blade at 9.27 am and most likely died immediately.

According to VCF, this is the first documented case of a Bearded Vulture killed by a wind turbine in Europe, but with increasing populations, and also with the encroachment of wind farms in several places where Bearded Vultures now occur, such as the vital corridor between the Alps and the Pyrenees in southern France, the organisation says such a collision "was bound to happen" at some point.