An extraordinary ringing recovery has been confirmed as the oldest-known King Eider on record – at some 24 years old.

To add to the remarkable nature of the record, the bird – a drake – was rescued as an adult during an oil spill in Alaska in 1996 and was cared for after this environmental disaster by International Bird Rescue, surviving 23 years after its rehabilitation and release. It was found recently deceased in 2019. The finding proves that rehabilitated, formerly oiled birds can survive many years after treatment and release back to the wild.

According to the Cornell Lab of Ornithology and US Geological Survey (USGS) Bird Banding Lab, the previous oldest King Eider was a healthy female that was at least 22 years and one month old when she was recaptured in Nunavut, Canada. 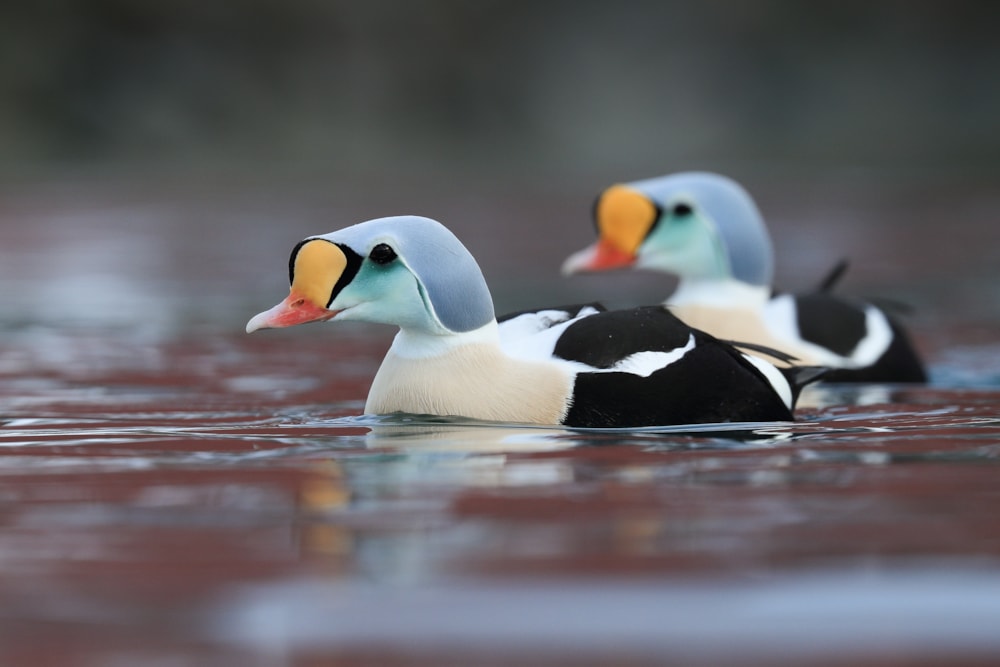 King Eider has a circumpolar distribution in the Northern Hemipshere, with drakes being among the most beautiful of all duck species (Chris Hawes).

This important news reaffirms that oiled birds can and do survive to live normal lives when rehabilitated after oiling, with appropriate resources and skilled staff. This is especially true when wildlife experts follow the protocols that have been refined over time.

"Bird Rescue has developed and remains at the forefront of the State of the Science for oiled wildlife treatment and rehabilitation," said Catherine Berg, NOAA Scientific Support Coordinator for Alaska. Berg was one of the US Fish and Wildlife Service (USFWS) Alaska Oil Spill Response Coordinators. "Seeing this kind of evidence of rehabilitated bird survival is truly a tribute to their dedication to the advancement of the science and to improving the care of injured bird," she added.

The long-lived eider is also a testament to both Bird Rescue's and the State of Alaska's commitment to the successful concept of having a centralised response centre to care for affected wildlife, rather than attempting the care and cleaning of animals in a remote, inaccessible location – all the birds from this spill were transported from a remote island for care in a centralized facility run by Bird Rescue in Anchorage.

The deceased eider was picked up near English Bay on St Paul Island in 2019. The metal ring number was reported to the USGS Bird Banding Lab and they shared the information with Bird Rescue – the fourth King Eider from the 1996 spill that has been reported through the Bird Banding Lab.