Following the arrival of Europe's first Red-footed Booby in Spain in August, the (re)appearance of a bird at L'Estartit harbour, Girona, in December caused much excitement in the country. But by 9th December the bird appeared to have left the area, possibly due to the near-freezing temperatures. However, on 15th December, Ricard Gutiérrez was sent these photos showing the bird back at L'Estartit, but injured and in poor condition, with fishing line hanging from its bill. 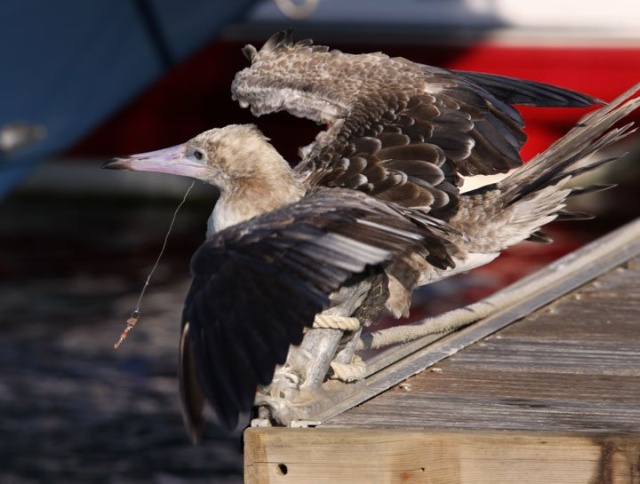 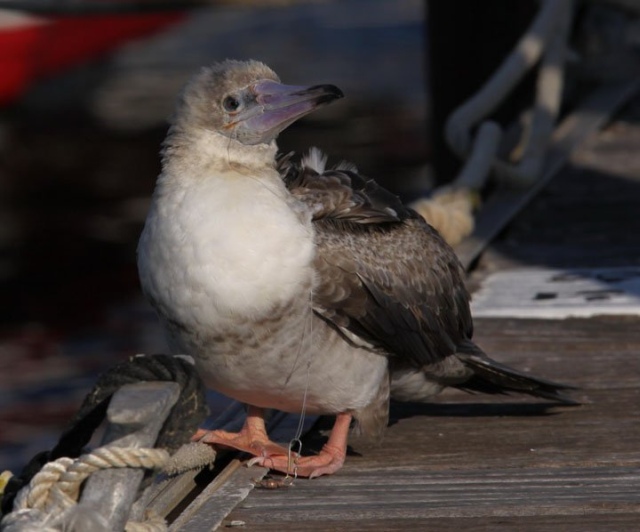 Later in the day the bird was successfully caught and held, though news was not released. The next day the bird was examined by a vet and, with the hook not visible, a more invasive procedure was required. When the bird was x-rayed the next day, not one but three hooks were seen in its stomach, two very deep in the intestinal tract, suggesting they'd been ingested 4–5 days previously. The third had been in the stomach even longer and had partially broken up. The bird also showed some deformation in its legs, caused by perching on rounded surfaces. Considering its injuries, standard veterinary protocol suggested euthanasia was the best option for the bird, but given its rarity and interest, surgery to remove the hooks was carried out. 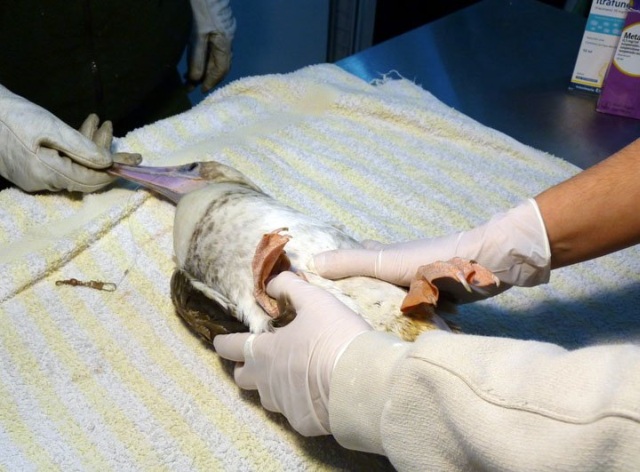 This was successful and all three hooks were removed, and the bird had recovered well by 18th, and as of 20th was doing well in the recovery centre. 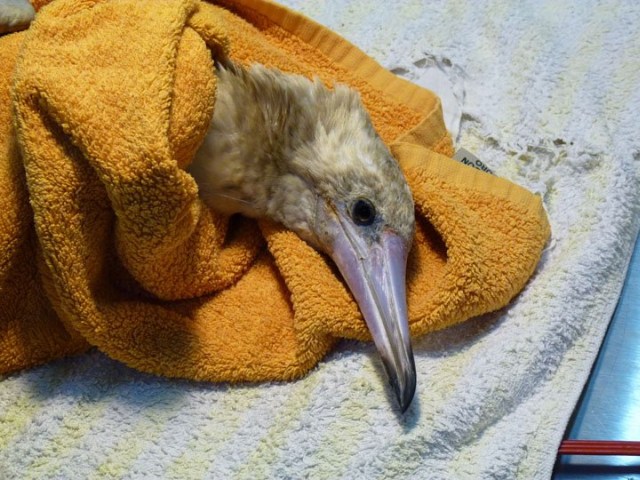 The offending hooks were not from a commercial fishery, but from leisure fishing, and further highlight the issues with the increased need for better protection of our seas and their inhabitants. To keep up with the progress of the bird, follow Rarebirdspain on Twitter or visit the Rarebirdspain website.