The British Ornithologists’ Union Records Committee (BOURC) has accepted the Red-footed Booby found at St Leonards-on-Sea, East Sussex, on 2 September 2016 on to its British list.

The second-calendar-year or older female bird was seen arriving exhausted on the beach at the town near Hastings mid-morning that day, and then held in care until 16 December 2016, when it was transported to the Cayman Islands. Unfortunately, it then died in quarantine before release.

This news come after Pale-legged Leaf Warbler and Eastern Kingbird were added to the list earlier in the week, both of which were also announced separately.

The bird was initially observed flying and landing on water, before moving to a beach, where it was rescued by the RSPCA, and a full account by its finder, Gail Cohen, was published in Birdwatch 292: 8-9. Although apparently fully rehabilitated, it did not survive the transfer to islands in its natural range. 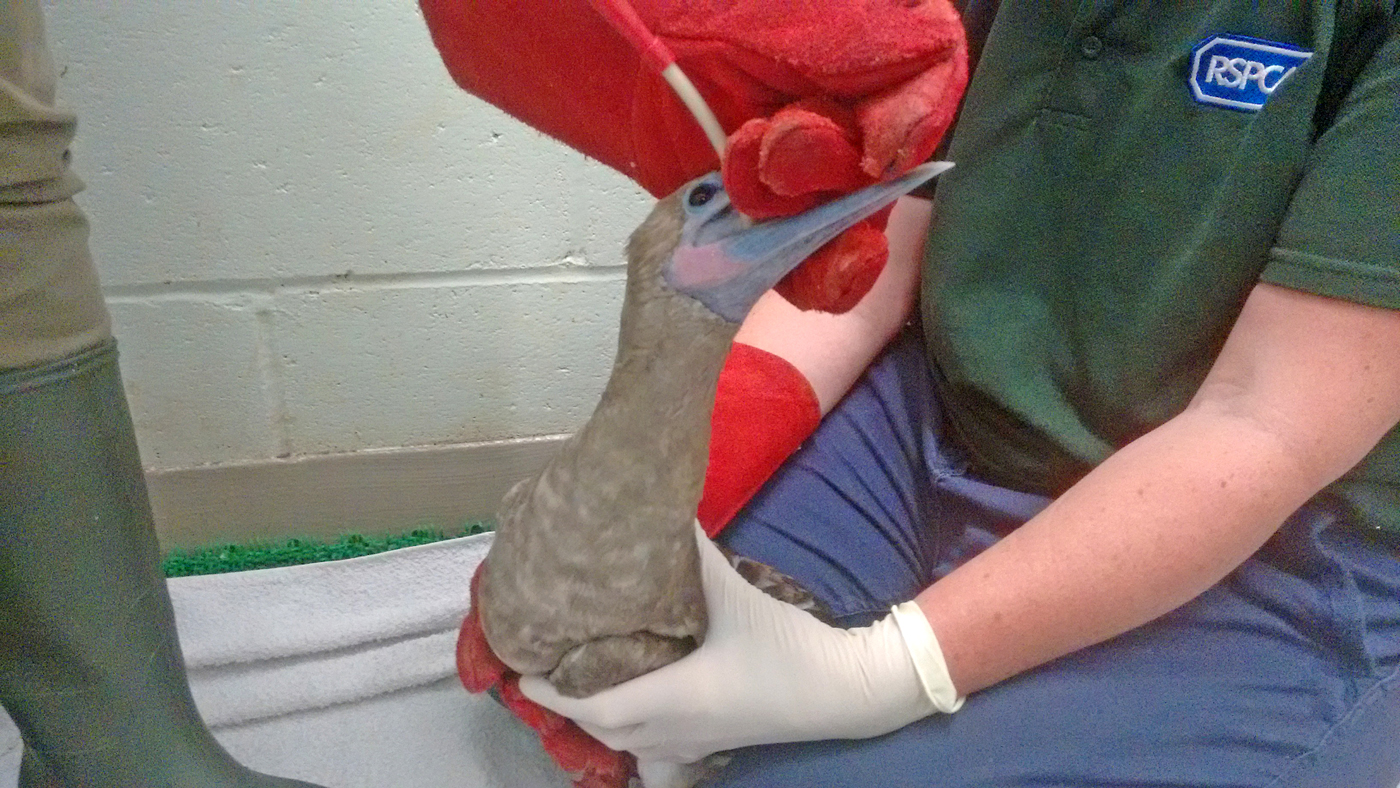 The Red-footed Booby was not easy to feed when in captivity, but appeared to be fully rehabilitated when flown to its potential natal area. Photo: RSPCA.

Red-footed Booby breeds on islands throughout the tropics, with birds dispersing to oceanic waters after breeding, and the species is known to wander far. The BOURC said that there are no issues with the bird's provenance as the species is not held in captivity, and there have been increasing numbers of extralimital records in the North Atlantic and elsewhere, including one in a Northern Gannet colony on Île Rouzic, Côtes-d'Armor, France, on 26 June this year. Therefore, this first British record accords with an emerging pattern of vagrancy for the species.

The species should be placed after Northern Gannet on the British list, which now stands at 609 species (Category A = 591; Category B = 8; Category C = 10.