The number of wintering Red-breasted Geese in Romania this year has reached an all-time high, according to the Romanian Ornithological Society (SOR).

A total of almost 24,000 was counted by a team of surveyors in the south-east of the country during late January, meaning that the Romanian record for this species has now been broken in two winters running. The areas where the highest concentrations of Red-breasted Geese were counted were Baragan, Coastal Dobrudja and the Danube Delta

The monitoring is part of the LIFE for Safe Flight project, which involves organizations from all countries on the migration route of Red-breasted Geese – Russia, Kazakhstan, Ukraine, Romania and Bulgaria. 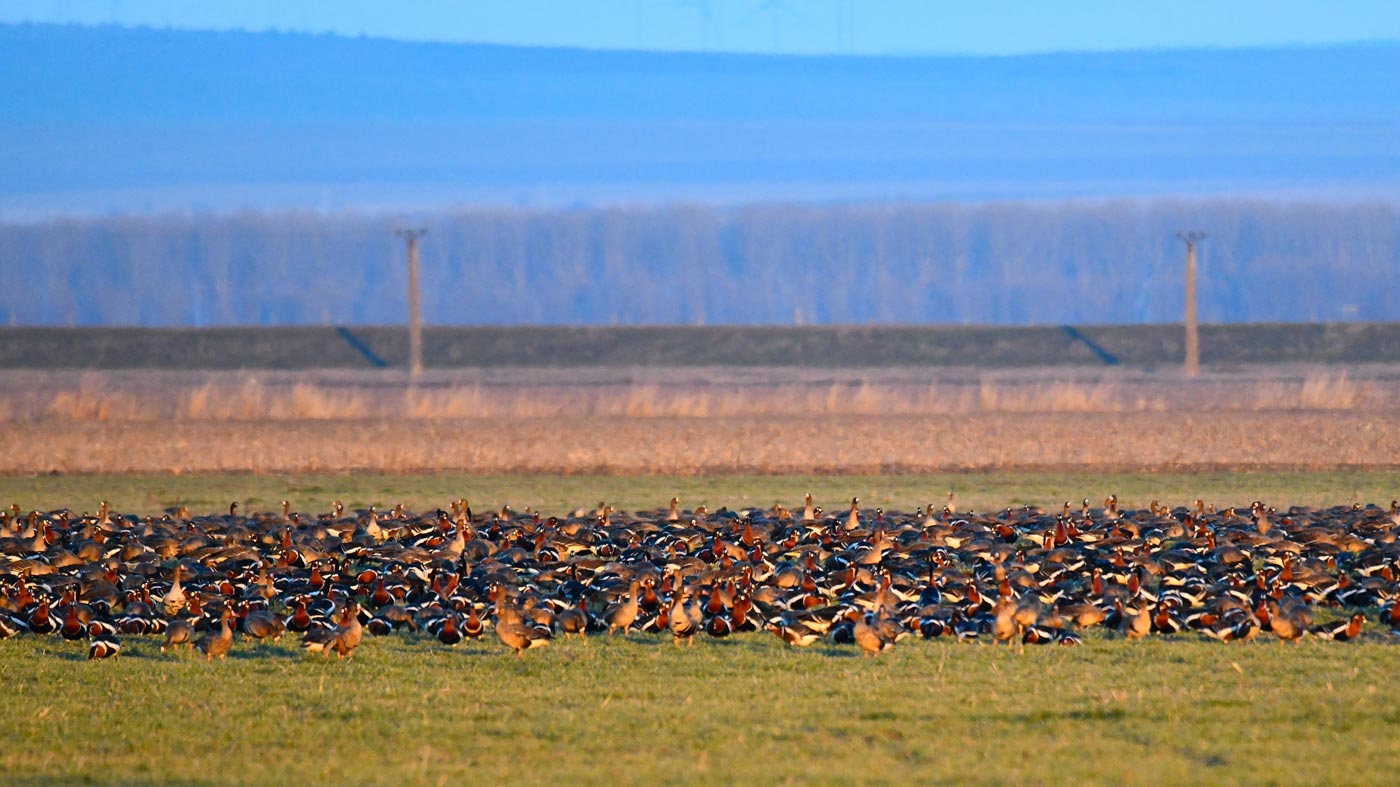 SOR's Emil Todorov, who manages the LIFE for Safe Flight project in Romania, explained: "Due to the suspension of hunting of migratory bird species in Romania for the second year in a row, the geese were really calm, which made it easier for us to count them in the south-eastern part of the country."

As well as the new high count of Red-breasted Goose, ornithologists also returned a record total of more than 400,000 Russian White-fronted Geese. Further counts included more than 5,000 Greylag Geese and a single Dark-bellied Brent Goose, the latter being a rare vagrant to the country. Five of the Vulnerable Lesser White-fronted Goose were also logged, as were 34 Tundra Bean Geese.

Find out more about what the LIFE for Safe Flight project is doing to save Red-breasted Goose at savebranta.org.