Results from the Big Butterfly Count have revealed that Red Admiral experienced a record summer, despite soggy weather conditions causing problems for other species.

Red Admiral saw its numbers rise by 75 per cent compared to 2016, with more than 73,000 seen during the Count’s three-week recording period. This number is as many as were counted in the last three years of the Big Butterfly Count put together and the highest number by far for the butterfly since the project began.

The boom was helped by a good year in 2016 followed by a mild winter and warm spring this year. Red Admirals that overwintered in Britain and fresh migrants arriving in spring from southern Europe enjoyed an early and successful breeding season, giving rise to a bumper summer brood. Although a common sight in gardens, a few decades ago the Red Admiral was strictly a summer visitor to the country. Butterflies arrived from warmer parts of Europe in the spring and summer, bred here and then their offspring migrated south before winter. While migration is still a major feature of Red Admiral’s lifestyle, many now overwinter in Britain and it is the most commonly recorded butterfly during that season.

Red Admiral was pipped to the top spot in this year’s count by Gatekeeper, which was the most commonly seen species with 93,171 counted in total, a 24 per cent increase on last year’s total. Other winners include the distinctive Comma, which benefited from the warm spring by producing a strong summer generation. This was a big increase on the poor year for Comma in 2016, with numbers up 90 per cent year-on-year. Numbers of Small Copper increased by 62 per cent compared to last summer’s tally, and Common Blue experienced a rise of 109 per cent during the same period.

However, wet July and August weather meant that 2017 was not a vintage summer, with three common species of white butterfly all experiencing declines. Green-veined White and Large White were down 38 per cent and Small White down 37 per cent, making this the worst Big Butterfly Count on record for Green-veined White and the second worst for the other two species.

A mild winter and warm spring meant that some species emerged earlier than normal, so that some were already past their peak numbers by the time of the Count. The very wet summer then had a negative impact on the numbers of butterflies being seen. 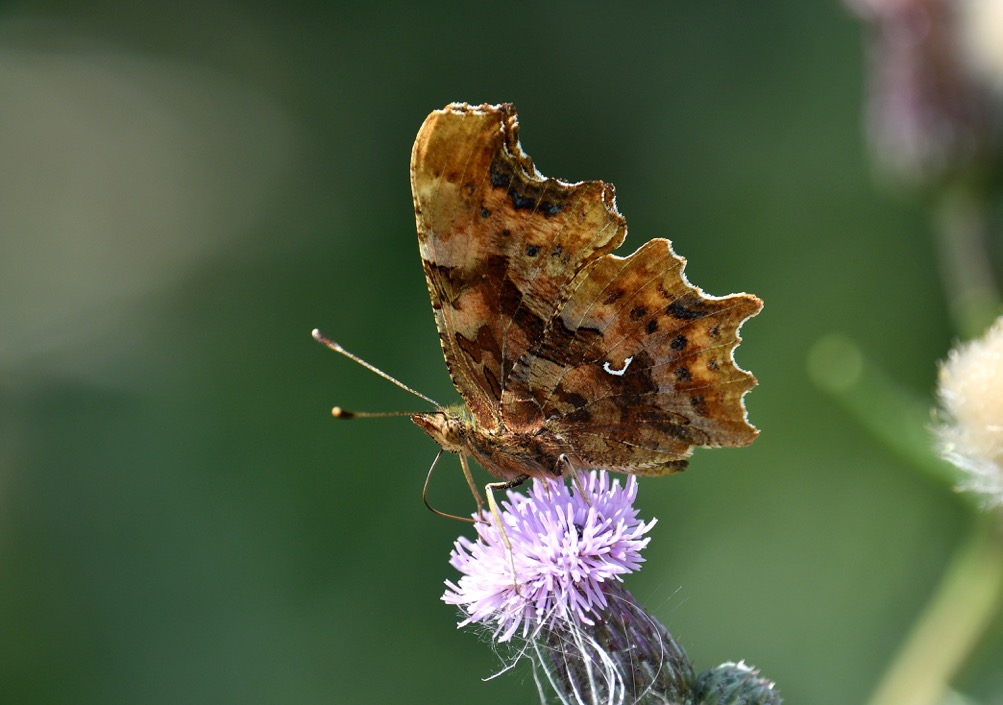 A record 60,000 participants took part in the count, the world’s largest butterfly survey, logging more than 550,000 individual butterflies during the three-week, high-summer recording period. Participants recorded the lowest number of individuals spotted since the scheme began, with an average of just nine butterflies seen.

Butterfly Conservation’s Head of Recording, Richard Fox said: “It hasn’t been a vintage summer for butterflies, but there have been some real positives.

“The flurry of Red Admirals on Buddleia bushes, vivid golden Commas holding territories along the hedgerows and beautiful flecks of blue and orange among the long grass as Common Blues and Small Coppers made the most of the sunshine before the next shower.

“Above all, the highlight of the Big Butterfly Count 2017 has been the huge number of people that have got involved, spent time enjoying and counting our native butterflies and moths, and done something useful and important in the face of so much wildlife decline.”

Results from the Big Butterfly Count help Butterfly Conservation to find out how the UK’s common species are faring and how to best protect them in the future. More than three-quarters of Britain's butterflies have declined in the last 40 years, with some common species such as the Small Tortoiseshell suffering significant slumps.