BirdWatch Ireland's Irish Garden Bird Survey returns on Monday [29 November], for the 33rd consecutive winter. The survey is very simple and asks people to spend a short amount of time each week watching their garden birds and recording what they see. It plays an important role in tracking the fortunes of some of Ireland's best-loved wildlife.

Numbers participating last year were the highest ever, partly due to the winter COVID-19 lockdown restrictions, but also the new-found appreciation for nature that many people gained during the pandemic.

"Not only were more people talking about birds and wildlife last year, but they were taking action too," said Brian Burke, co-ordinator of the survey for BirdWatch Ireland. "Over 2,500 households across the country took part last winter, which was an increase of over a thousand from the year before!

"We got letters and emails from people telling us how the birds gave them some comfort and welcome distraction amidst the chaos of the pandemic, while others said how much their kids enjoyed it, and almost everyone commented on noticing birds that they had never seen before." 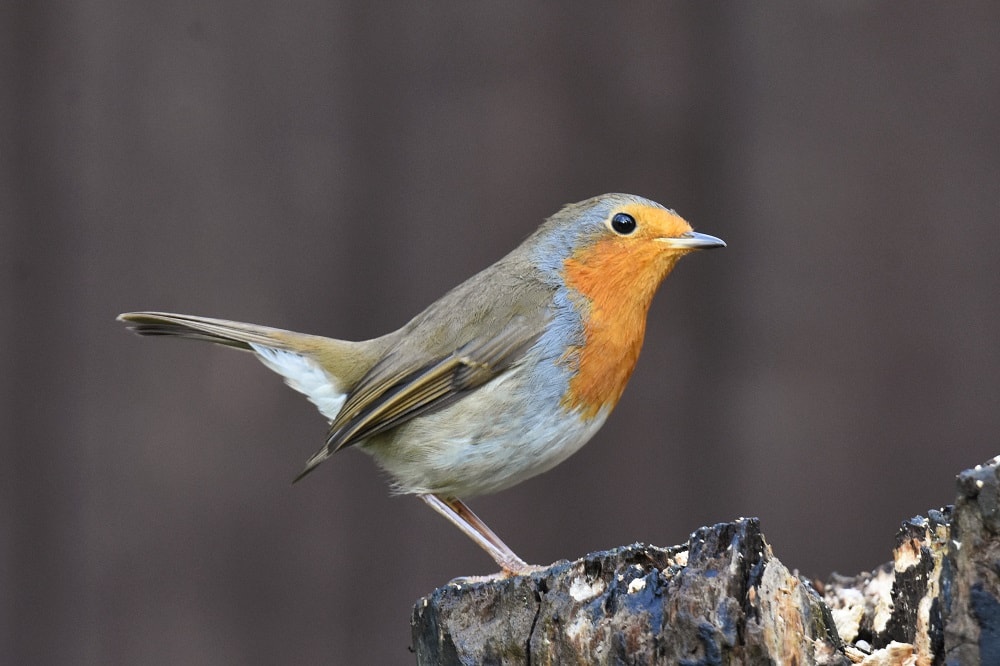 European Robin was the most commonly seen bird in Irish gardens in 2020 (Irene Harrison).

The results from last winter showed that European Robin was the most common species in Irish gardens yet again (>99% of gardens), followed by Blackbird (99%) and Blue Tit (97%). Chaffinch fell two places to sixth, its lowest ranking in 14 years. Goldfinch dropped three places to 10th and Eurasian Wren fell two to 11th. Great Tit, Common Starling and Song Thrush all climbed up the table. "Last winter was cool and wet for the most part, but despite some occasional storms and short spells of snow, there was nothing particularly disastrous from a bird's point of view, and that's reflected in the small movements up and down the table we saw for most species," said Brian Burke. "However, we know that many birds struggled to nest during the cold spring and summer that followed, and we expect to see that reflected in gardens this coming winter."

Coal Tit jumped three places up the rankings to seventh, occurring in 87% of Irish gardens last winter (a 9% increase on 2019). The other notable winner in 2020 was the Eurasian Siskin. This species is usually absent from gardens until late January onwards, when numbers start to rise. Last year, though, siskins were frequently seen from the end of November, and moved up seven places to 21st as a result. The high level of coverage across the country last winter gave a better insight into some of the less common species, too. Great Spotted Woodpeckers were seen in 20 different counties and more than 100 gardens (always on peanut feeders), highlighting the continued success since its colonisation of Ireland. 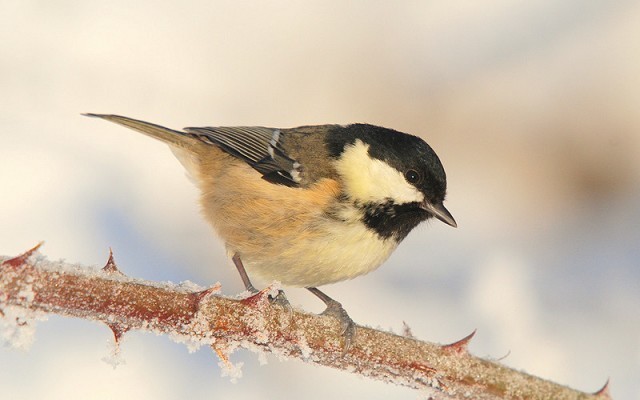 The Irish Garden Bird Survey is the biggest and longest-running wildlife survey of its kind in Ireland, and this year BirdWatch Ireland has acknowledged 77 individuals in 19 counties, who have taken part in the survey for more than 20 years. Brian Burke said: "A lot has changed for Ireland's wildlife in recent decades, and we only know that because of these sorts of scientific surveys, which would be nothing without the people who feed into them. Their dedication to participating in the survey for so long is really inspiring and has been really important to help us track environmental change. Hopefully some people who get involved this year will still be doing it in 20 or 30 years' time."

Find out more about the Irish Garden Bird Survey at the BirdWatch Ireland website.