RSPB Scotland has praised local farmers as it revealed a record-breaking increase in Corn Bunting numbers in one of the species’ last Scottish strongholds.

The hard work of local farmers and estates in Angus and the East Neuk of Fife has been heralded as the reason behind the continued improvement of the fortunes of the species.

This year’s survey results, which were announced by RSPB Scotland on 19 December, revealed that last year’s record increase in Corn Bunting territories in Fife has been broken, with it also proving an excellent year for the species in Angus. In Fife, Corn Bunting numbers increased by 26.2 per cent, with 142 territories recorded, comfortably surpassing the 18 per cent increase noted in 2016.

In Angus, Corn Bunting numbers increased by 26.3 per cent. This includes a range expansion towards Montrose, where six new territories were found. A good 2017 was predicted for Angus on the basis that all surviving buntings in the county would have access to three key factors: safe nesting spaces, winter seed food and summer insect food for the chicks within one mile of their breeding territories.

RSPB Scotland has praised the dedication, passion and commitment of all those involved in the Corn Bunting Recovery Project. Yvonne Stephan, Conservation Advisor for RSPB Scotland, commented: “This record breaking increase of Corn Buntings is just absolutely amazing! I wouldn’t have dared to dream of such fantastic results in such a short period of time and it’s extremely encouraging that the Corn Bunting management is working that well. It shows what a difference the joint efforts and commitment of all the wonderful people on this project makes.”

This continued good news comes after decades of dramatic declines for the UK’s overall Corn Bunting population. Numbers fell by 83 per cent in eastern Scotland between 1989 and 2007, earning them the unfortunate accolade of being one of the fastest-declining birds in Scotland.

Farmers and land managers are using a combination of agri-environment scheme options, voluntary action and upgraded greening measures to help make the future of this iconic bird in Scotland more secure. Thirty-four farms, along with the East Neuk Estates Group, are currently involved in the Corn Bunting Recovery Project in two of the last of its Scottish strongholds and more farmers are expected to take action as the project is expanding north-east.

Peter Peddie, one of the Fife farmers involved in the project, said: “We were just absolutely delighted [by the results]. Knowing what a difference our work makes, encourages us to keep on going.”

Allen Innes, from West Seaton Farm in Angus, added: “We are very happy to be part of something which is increasing wildlife and birds in the area and we are very pleased that Corn Bunting numbers are increasing.”

Johanna Willi, Biodiversity Co-ordinator for Fife Council, commented: “The dedication and commitment of the farmers, estates and land managers has been exceptional, and it is so heartening to see that our joint efforts can make a real difference to a threatened species. This year’s results are an exciting development in the fortunes of the Corn Bunting and worth celebrating – well done to everyone involved in this fantastic achievement.” 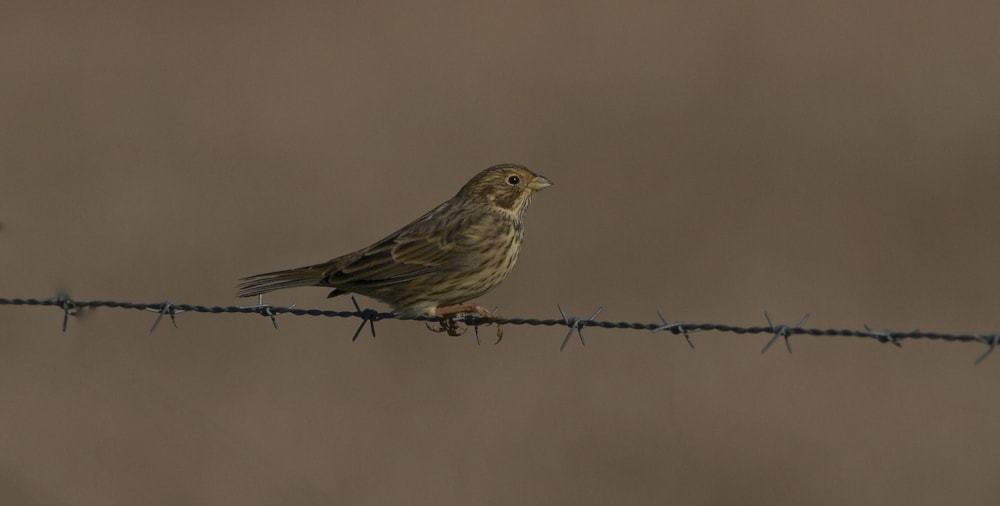 Corn Bunting has declined drastically across swathes of the UK (Philip Smith).