In order to minimise the impact of disturbance on rare breeding birds, while still encouraging the proper reporting of these species, the Rare Breeding Birds Panel has compiled some guidelines on how records of these species should be handled during the breeding season.

Most of the species considered by the UK Rare Breeding Birds Panel are, by their nature, not numerous in the UK. In addition, many species of bird, whether rare, scarce or common, are vulnerable to interference and disturbance when breeding; however, the impact of disturbance on the conservation status of the less numerous species is greater. Deliberate interference can occur from egg-collectors or by those intent on their persecution. Incidental disturbance can also occur from birdwatchers and bird photographers.

All species of bird are fully protected by law under the Wildlife and Countryside Act (1981) but some species are assigned special protection when at the nest — these species are included in Schedule 1 of the Act. It is an offence to intentionally disturb these birds while they are building a nest, or in, on or near a nest containing eggs or young; or to disturb dependent young even if not in the nest. Most Schedule 1 species are included in the RBBP List, but there are additional species not on Schedule 1 that are now monitored by RBBP by virtue of their UK breeding population being less than 2,000 breeding pairs. Some of these species, such as Common Crane and Cattle Egret, began nesting in the UK after 1981. 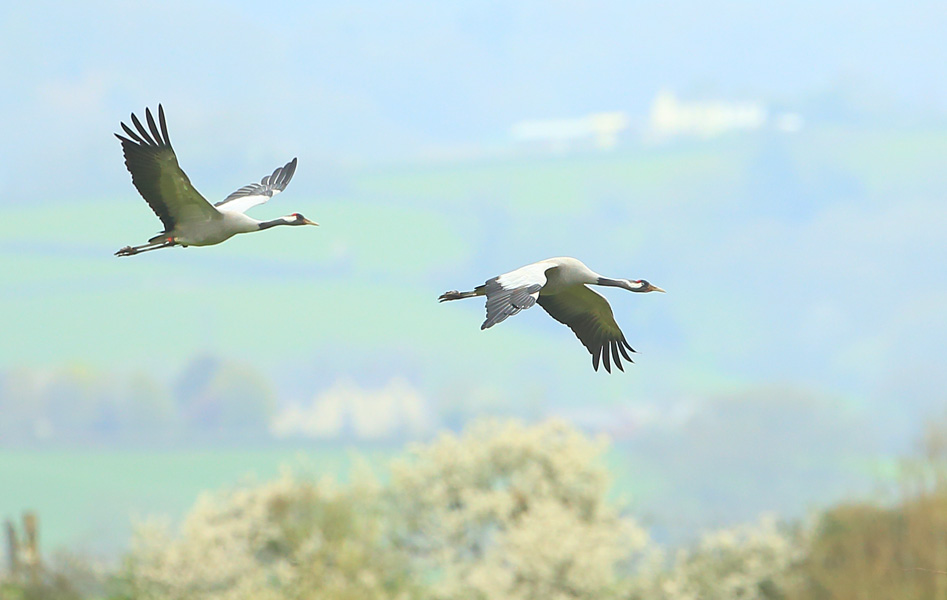 The Rare Breeding Birds Panel therefore advocates special caution with regards to making breeding records of all RBBP-listed species public, particularly in the period March to mid-August. Although we encourage sensible monitoring of the breeding attempt, in order to provide information for county recorders and RBBP, observers must always prioritise the interests of the individual birds and the conservation of the species, and avoid disturbing the birds and their nest. A licence for nest monitoring of species on Schedule 1 can be applied for; these are supplied by Natural England, Natural Resources Wales, Scottish Natural Heritage or the Northern Ireland Environment Agency (for disturbance of species nesting in England, Wales, Scotland or Northern Ireland, respectively). Bird ringers and nest recorders can apply for licences from the BTO.

It is of course possible to monitor the activity of a breeding pair carefully from a safe distance without the need to visit the nest and we would encourage this where conditions permit and there is no disturbance to the birds — an example would be observation from a distance or from a permanent hide using telescope and/or binoculars.

RBBP believes that the following species are especially vulnerable and we suggest that no records of these species in circumstances suggestive of breeding or potential breeding are publicised during the breeding season unless public viewing has been arranged:

By publicity, we mean reporting to Bird News Information Services (national schemes but also local networks) and notifying others via social media such as Twitter and Facebook. Sightings should be submitted, in confidence, to county bird recorders. They can be contacted directly or records submitted to them via BirdTrack: this software has measures in place, developed with RBBP, to restrict disclosure of such records to the public via websites or other media. Records submitted in these ways will reach the Secretary of the Rare Breeding Birds Panel so that they can be added to the Panel's secure archives and included in their annual reports, aiding the long-term conservation of these species.