RBBP: Potential disturbance and the reporting of rare breeding birds

By nature of their rarity, rare breeding birds are vulnerable to disturbance, but to do so deliberately is against the law. Although some species, particularly raptors, are still persecuted by game managers in some areas, there has been an increasing incidence of disturbance by birdwatchers and especially by bird photographers. Although such disturbance may be accidental, inconsiderate or careless behaviour can lead to birds deserting their nests or losing their eggs or young to predators.

Rare breeding birds inevitably attract attention and interest from a wide range of people, most of whom wish them well. Certainly, most birdwatchers would like to be able to watch rare breeders, since by their nature they are not encountered often and are usually very interesting in their breeding habitat, but most people realise that approaching them is likely to cause harm and don't do so. However some individuals wish to harm our rare breeders. This might be because they want to kill them (usually raptors on land used for shooting) or because they want to take their eggs or young for personal satisfaction or gain. Other people may not wish to harm them but could do so by behaving irresponsibly. This would include people trying to take photographs of breeding birds at close range or of nests.

All species of bird are fully protected by law under the Wildlife and Countryside Act (1981) but some species are assigned special protection when at the nest — these species are included in Schedule 1 of the Act. It is an offence to intentionally disturb these birds while they are building a nest, or in, on or near a nest containing eggs or young; or to disturb dependent young even if not in the nest. It is also an offence to recklessly disturb these species, through for instance trying to get a better view by going too close to the birds, leading to the potential for accidental disturbance. Most Schedule 1 species are included in the RBBP List, but there are additional species not on Schedule 1 which are now monitored by RBBP by virtue of their UK breeding population being fewer than 2,000 breeding pairs. Some of these species, such as Common Crane and Little Egret, only began nesting in the UK since 1981. 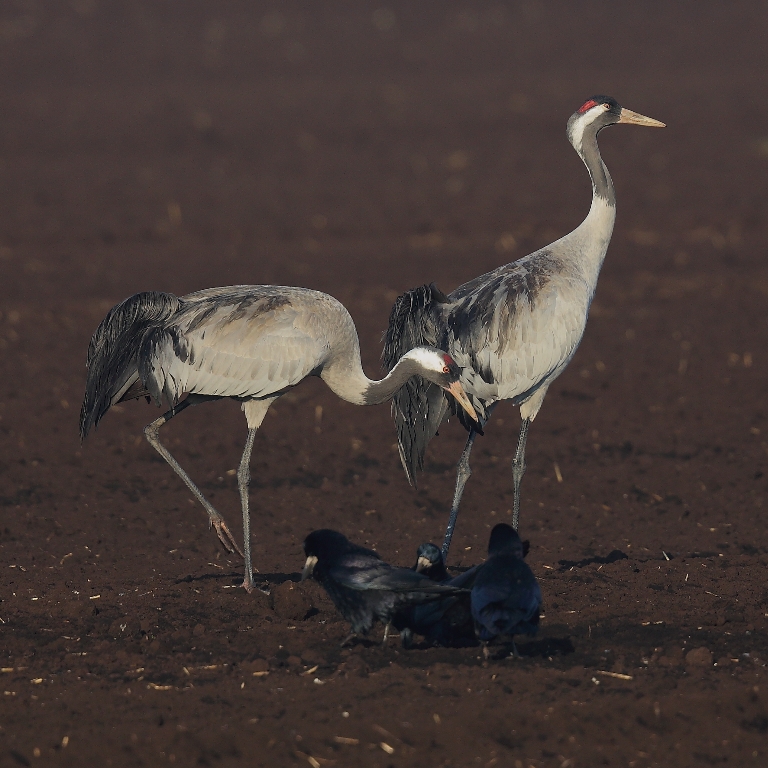 The issue of disturbance by photographers may be growing as more people own high quality equipment, which increases the temptation to approach birds, and some who own photographic equipment may not have the field skills to recognise when disturbance is happening. RBBP has a role in that our data can be used to assess the risks to rare breeders of deliberate crime, as well as reckless disturbance. In the 1990s, the RSPB analysed the susceptibility of rare breeding birds to egg collecting and other threats, assessing this against the birds' population sizes, creating a threat index. RBBP data was used to inform the work, and an updated review of this would be welcome.

In the last 20 years there have been changes in the status of some rare breeding birds and changes to threats; for example, persecution is still affecting the status and distribution of some raptors, egg collecting has declined, but digital photography threats have increased.

The Rare Breeding Birds Panel maintains the main central repository for rare breeding bird records which come from many individuals across the country: information is held securely and only made available to bona fide users for legitimate reasons. We contribute to national schemes which are aimed at monitoring and conservation — that is why the RBBP exists. In terms of wildlife crime we would always make our information available to the Police or other investigators of potential wildlife crime, though in practice this has rarely happened. We have consulted with RSPB Investigations to produce joint guidelines about how to record birds and behave responsibly, including the role of the bird information services in withholding sensitive information (available on the RBBP website). We condemn deliberate or reckless wildlife crime outright and we encourage birdwatchers recording rare breeders to be vigilant and look out for the activities of those who wish to harm birds.

Guidance on the reporting of rare breeding birds

In order to minimise the impact of disturbance on rare breeding birds, while still encouraging the proper reporting of these species, the Rare Breeding Birds Panel, in consultation with RSPB Investigations, has compiled some guidelines on how records of these species should be handled during the breeding season.

The Rare Breeding Birds Panel advocates special caution with regards to making breeding records of all RBBP-listed species public, particularly in the period March to mid-August. Although we encourage sensible monitoring of the breeding attempt, in order to provide information for county recorders and RBBP, observers must always prioritise the interests of the individual birds and the conservation of the species, and avoid disturbing the birds and their nest. A licence for nest monitoring of species on Schedule 1 can be applied for; these are supplied by Natural England, Natural Resources Wales, Scottish Natural Heritage or the Northern Ireland Environment Agency (for disturbance of species nesting in England, Wales, Scotland or Northern Ireland, respectively). Bird ringers and nest recorders can apply for licences from the BTO.

Details of obtaining a Schedule 1 licence, and the list of species on Schedule 1, are accessible here: www.bto.org/volunteer-surveys/ringing/taking-part/protected-birds.

The list of species covered by RBBP is available here: www.rbbp.org.uk/rbbp-species-list-full.htm.

It is of course possible to carefully monitoring the activity of a breeding pair from a safe distance without the need to visit the nest and we would encourage this where conditions permit and there is no disturbance to the birds — an example would be observation from a distance or from a permanent hide using telescope and/or binoculars. 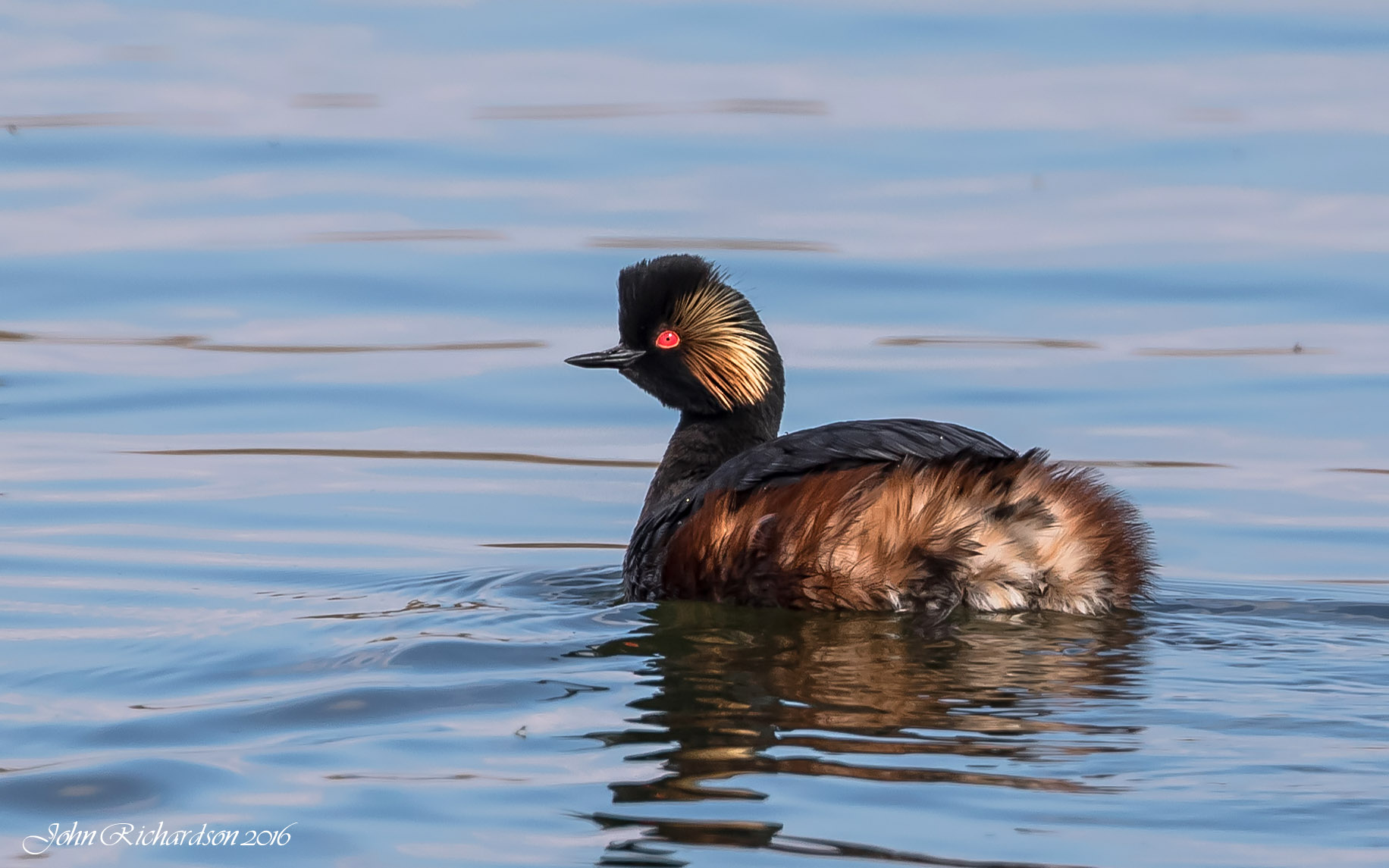 Extreme caution should be exercised if you come across a breeding pair of Black-necked Grebes (Photo: John Richardson)

RSPB and RBBP both believe that the following species are especially vulnerable and we suggest that no records of these species in circumstances suggestive of breeding or potential breeding are publicised during the breeding season unless public viewing has been arranged:

By publicity, we mean reporting to bird news information services (national schemes and local networks) and notifying others via social media such as Twitter and Facebook. Sightings should be submitted, in confidence, to county bird recorders. They can be contacted directly or records can be submitted to them via BirdTrack: this software has measures in place, developed with RBBP, to restrict disclosure of such records to the public via websites or other media. Records submitted in these ways will reach the Secretary of the Rare Breeding Birds Panel so that they can be added to the Panel's secure archives and included in their annual reports, aiding the long-term conservation of these species.