The Rare Breeding Birds Panel (RBBP) collates data on the rarer breeding birds in the UK and is perhaps best known for its annual report (published in British Birds) which summarises the status of up to 100 species of rare breeding birds each year, ranging from Marsh Warbler to Marsh Harrier and Little Bittern to Little Tern.

The remit of RBBP also includes rarer non-native breeding birds, defined as those with fewer than 300 breeding pairs in the UK. It produces a report every three years which includes a summary of the status of the more widespread non-natives (eg Canada Goose and Pheasant) but also details breeding records for all the rarer species, such as Black Swan, Bar-headed Goose, Muscovy Duck, Red-crested Pochard, Golden Pheasant, Harris's Hawk, Eagle Owl and Monk Parakeet.

The latest report on non-native species is published in British Birds this month, and it reveals that 25 species of non-native birds bred, or may have bred, in the three years 2012–14. Of these, eight are common and widespread. Numbers of the remaining 17 species remain low, with annual totals of breeding pairs in double figures for only three: Black Swan, Red-crested Pochard and Monk Parakeet. 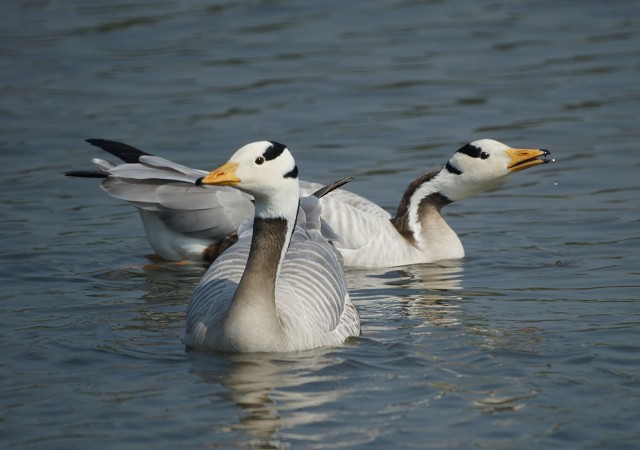 Up to three pairs of Bar-headed Goose bred in Britain in 2014 (Photo: John Davenport)

Many breeding non-natives are wildfowl, reflecting the large numbers of escaped individuals at large on inland waterbodies, especially in southern England. These included Bar-headed Goose (up to three pairs were noted in 2014), Snow Goose (three pairs in 2012 and 2013) and Ruddy Shelduck (one pair each year). Red-crested Pochard numbers have increased by about 75 per cent in the past 15 years, with over 40 pairs nesting annually in recent years.

It has long been recognised that Lady Amherst's Pheasant, although still present in small numbers in Bedfordshire, is no longer maintaining a self-sustaining population, and the same fate may await Golden Pheasant, as no records of confirmed breeding of this species were submitted to RBBP. Numbers seem to be stable though, perhaps indicating persistent releases into the wild — a practice that is illegal under the Wildlife & Countryside Act (1981). 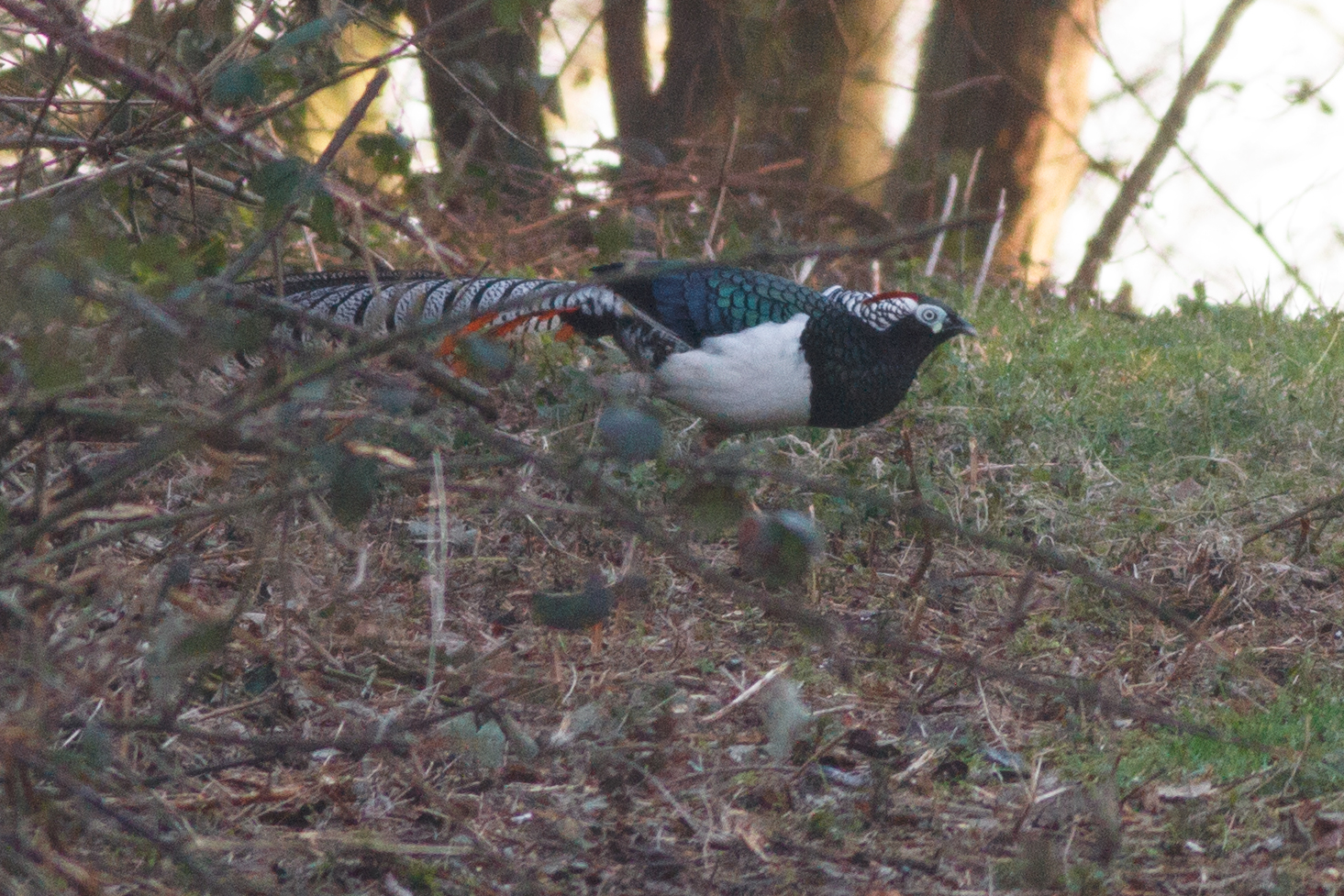 Lady Amherst's Pheasant is close to extinction in Britain; the male pictured above is presumed to be the final remaining individual of a once-sizeable population (Photo: Josh Jones)

In 2012 and 2013 mixed pairs of Harris's Hawk with Common Buzzard produced hybrid young and with a number of escaped Harris's Hawks at large around the country such occurrences may be repeated. However, despite there being several records of escaped Eagle Owls each year, the only reported breeding was in Lancashire, where 1–2 pairs persist. Monk Parakeets are maintaining a small population of 20–30 pairs in the London area but Government-led control measures are preventing further increases.

It is likely that many individuals of breeding non-native species go unreported, so the RBBP acknowledges that the report may underestimate the actual status of perhaps all these species. Birders can really help here by ensuring that they are on the lookout for these species and reporting all records to county bird recorders. BirdTrack is an ideal system for reporting these species. Invasive non-native species are regarded as a major driver of biodiversity loss worldwide, and thus a significant issue for conservation. Whilst some non-natives may be harmless, others can cause a significant impact on native species, so it is important that we are able to monitor their distribution and trends accurately.

For details of how to get your own copy of the report, go to the home page of the RBBP website, where more information on the Rare Breeding Birds Panel can also be found.