Raven increase does not spell the end for threatened waders

Ravens are not responsible for the dramatic declines in the numbers of wading birds seen in many parts of the UK uplands, according to the results of a new study by RSPB and the University of Aberdeen's Centre for Environmental Sustainability (ACES). The research was co-funded by Scottish Natural Heritage (SNH). Arguably the most intelligent of native British birds, the Raven's supposed cunning and wily nature has led to it becoming steeped in myth, legend, folklore, and history of which perhaps the most commonly known superstition is its association with the Tower of London and the security of the Crown. 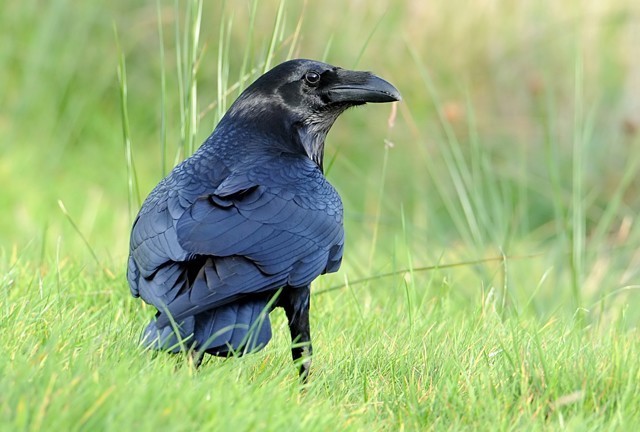 The uplands are home to many species of threatened wading birds, including Lapwing, Dunlin, Golden Plover, Snipe and Curlew, which have declined by up to 50% in the last quarter-century. In contrast, Raven populations have recovered in many parts of the UK in the same period. These patterns, together with the knowledge that Ravens will eat the eggs and chicks of upland waders, has led some to suggest that Ravens are the cause of wader declines, and demands by some land managers for licences to kill Ravens to protect upland breeding birds.

Recently, SNH led a review of its guidance on licence procedures to control predators of wild birds and agreed with a range of partners that a robust evidence base should support any applications to manage predators such as Ravens. The new study, published in The British Ecological Society's Journal of Applied Ecology, will help provide this evidence to the licensing authority, SNH, and inform any decisions on applications to kill Ravens legally for the conservation benefit of upland birds. RSPB data from sites distributed across more than 1,700 square kilometres of the UK uplands were used to explore the patterns of change in Ravens and wader abundance over the past 20 years.

In the UK, historic persecution of Ravens by farmers and gamekeepers caused a rapid reduction both in their population and range by the 20th century. However, thanks to a decrease in this activity, as well as changing attitudes of landowners and farmers, Ravens have begun to recover to normal population levels in the last quarter-century. In the UK the Breeding Bird Survey shows that from 1994 to 2007 the Raven population increased by 134%. The research found little evidence to suggest wader populations were more likely to decline where Raven populations had increased. This implied that other factors, including changes to habitat and vegetation cover and a general increase in other predators such as foxes, could be responsible for these large-scale changes. 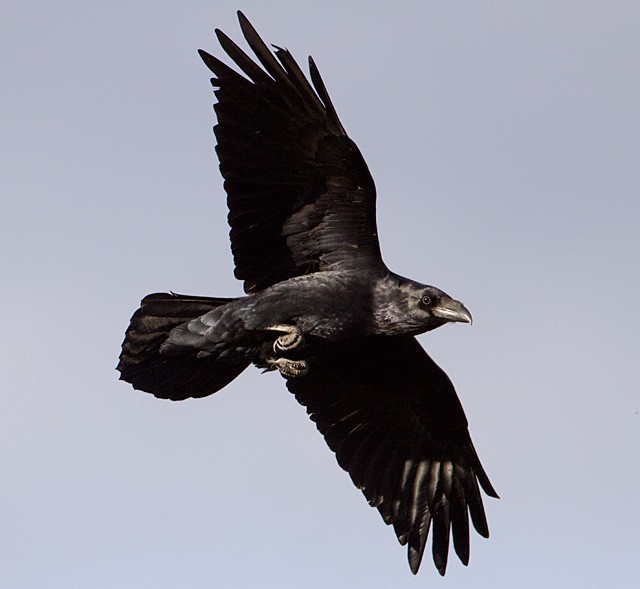 The study did find weak associations between increases in Ravens and declines in Lapwing and Curlew. However, these relationships were not statistically significant, and may just have been the result of chance. Further research is needed to illuminate these patterns and consider the impact of habitat changes on waders.

Dr Arjun Amar, a senior conservation scientist with RSPB, who led the study, said: "In the past 20 years Ravens have undergone a welcome recovery. Whilst many organisations view these changes as positive, increases in Raven numbers have raised legitimate concerns among other groups, because of their perceived impact on prey species, and this can lead to conflict between land managers and conservation organisations. We hope that this new research will help the licensing authorities balance the need to safeguard populations of vulnerable, recovering predators, whilst at the same time acknowledging and addressing concerns over increasing predator populations. These decisions need to be informed by the best evidence, in particular the impact that predators are having on prey populations."

Professor Steve Redpath, director of ACES, said: "We urgently need to understand why upland wader populations are suffering dramatic declines across many parts of the UK. It is often the case that predators are assumed to be responsible, but this is not always the case. This research found no strong evidence to suggest that Ravens were responsible for changes in wader numbers, implying that we need to look elsewhere to discover the cause for these large-scale declines".

Dr Andrew Douse, ornithologist with Scottish Natural Heritage, said: "This research is a welcome and timely contribution to the understanding of how increasing and expanding Raven populations affect other species, many of which are under pressure from other environmental influences. As the relevant licensing authority, SNH needs to base its decisions on good evidence. We will use the findings of this work and related studies to help inform our decisions. We are keen to see these findings made more widely available, not least in order to help inform licence applications."