Conservationists are optimistic for the future of Raso Lark, after it was confirmed that the Critically Endangered species has established a breeding population on a second island.

Raso Lark was, until recently, restricted to its namesake Raso islet in Cape Verde. But, with a greatly fluctuating population that in some years numbered no more than a few tens of birds, and increasingly unpredictable droughts putting the species at real risk of extinction, the decision was made in April 2018 to translocate 37 larks from Raso to the nearby island of Santa Luzia.

Like Raso, Santa Luzia is uninhabited and was chosen as a suitable location for the move given that sub-fossil evidence confirmed the past presence of the species there.

Success came quickly, with a recently fledged juvenile observed being fed by its parents on Santa Luzia in August 2018. And, later in 2018, researchers recorded the first movements of Raso Larks crossing from Raso to Santa Luzia and vice versa. 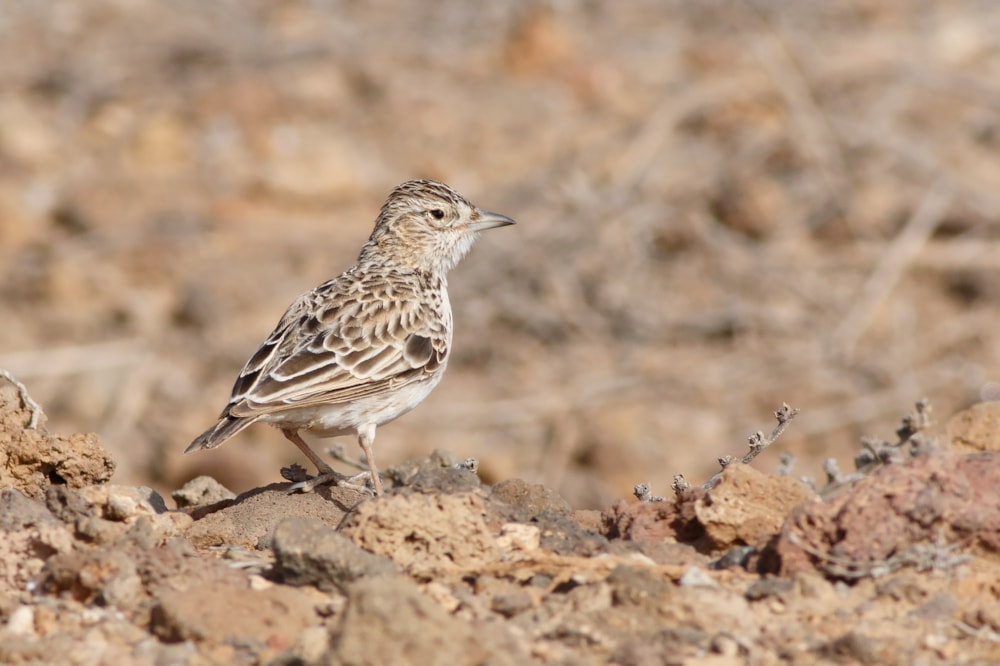 After a very dry rainy season in 2019, only a single nest with a chick was found on Santa Luzia. This confirmed reproduction on the island, but at a very slow pace. By the end of the year, Santa Luzia's Raso Lark population was estimated to be at around 40 birds.

The first preliminary population assessment in February 2020 was worrisome: abundant signs of feral cat were detected in the main area where the larks bred and fed, and not many birds were seen. Then, due to the travel restrictions caused by the COVID-19 pandemic, monitoring was halted for more than six months.

However, in October 2020 it was revealed that seven breeding pairs, raising 17 juveniles, had been counted on Santa Luzia. A 'good' rainy season in 2020 had led to an increase in food availability and, consequently, improved breeding success. The birds bred again in November, with four nests raising seven chicks in the north of the island.

Despite the setbacks, the results confirm the translocation's success, and give hopes of a bright future for the Raso Lark – now officially a multi-island species again.