A rare form of Britain's largest butterfly has been photographed in north Lincolnshire.

The striking male Purple Emperor of the aberration lugenda was seen at Chambers Farm Wood, near Market Rasen, earlier this month. 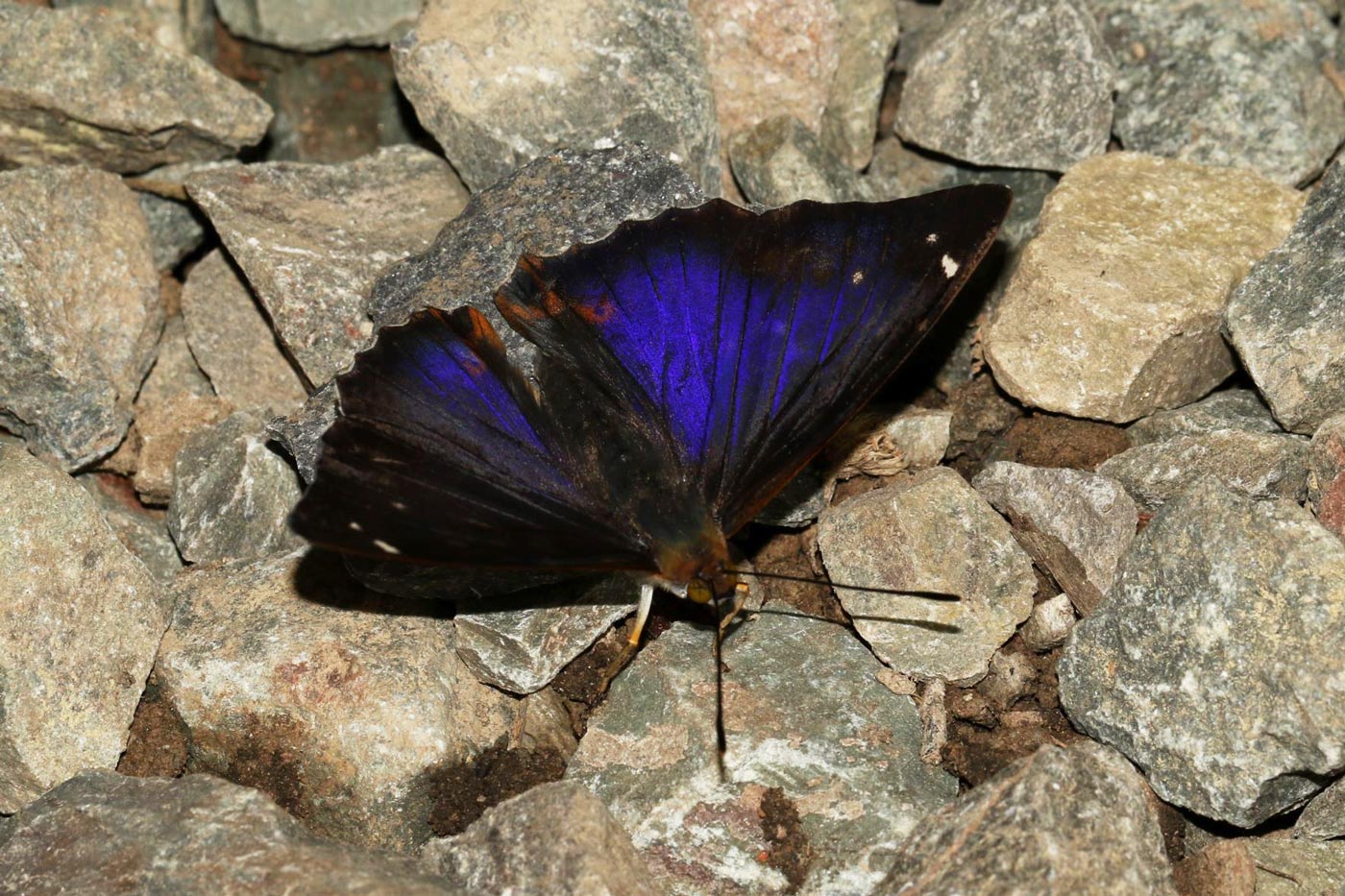 This unusual variation was first described in 1910 and shows a reduced extent of white in the forewing, amounting to just three small spots, while the white transverse band on the hindwing is completely absent.

Such a record is still very rare in Britain, although sightings have been near-annual in recent years as more and more enthusiasts spend time searching for the species, which is often colloquially referred to as 'His Majesty'.

Chambers Farm Wood hosts a wide range of butterflies, including scarce species such as Marsh Fritillary and Brown Hairstreak (depending on the month), as well as day-flying moths. Many of these can be observed at close range thanks to the presence of a Butterfly Conservation-managed 'butterfly garden'. Find out more about the project here.