Raptors killed in illegal traps on Isle of Wight

A police investigation has been launched after a Common Buzzard and a Eurasian Hobby died following the suspected use of spring traps on the Isle of Wight. Both birds were found with severed legs in woodland at Littletown, near Briddlesford, leading to a joint investigation by Isle of Wight Police and the RSPB.

The buzzard was already dead and missing a foot upon its discovery on 14 March but the hobby was alive – also with a foot missing – when found on 23 September, although it had to be put down by the RSPCA, who announced that the birds were likely to have been illegally trapped. The news of two cases of apparent raptor persecution on the isle comes very soon after it was announced that plans to reintroduce White-tailed Eagles there were in the pipeline. 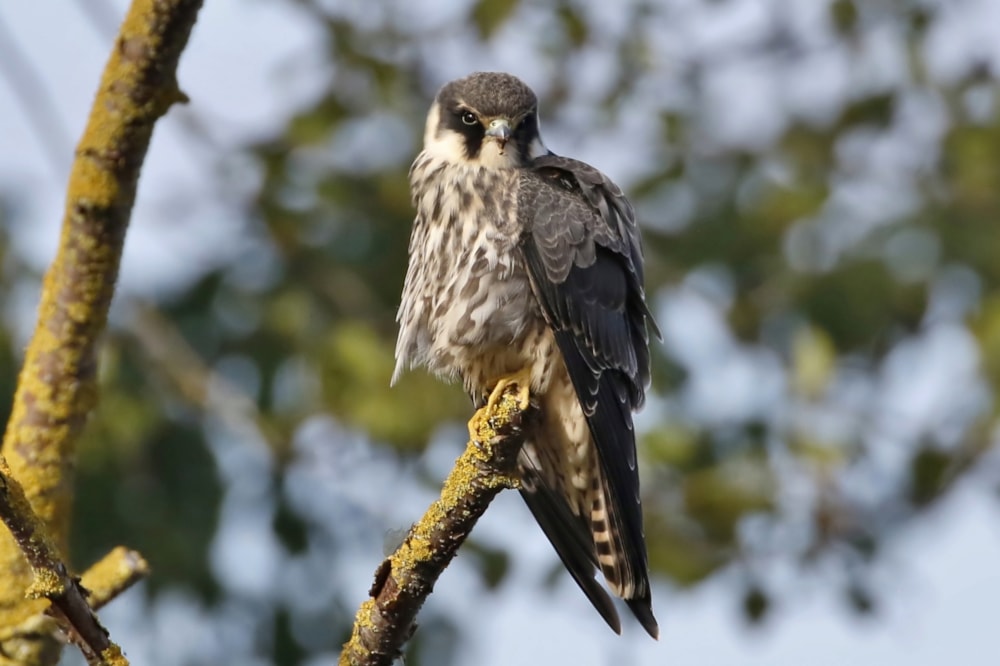 The Eurasian Hobby was still alive when found, but had to be put down (Sonia Johnson).

An RSPCA spokesperson said: "The birds were found with horrific injuries. Both had lost a foot as a result of becoming caught in a spring trap. Police were alerted and the birds were sent for post-mortem examinations, with the report concluding that both birds suffered traumatic amputations of one lower limb consistent with the affected leg being caught and held in a spring trap.”

Jenny Shelton, from the RSPB’s Investigations Unit, added: "Spring traps are sometimes used to catch and kill vermin, and are legal if placed in a tunnel, with a restricted entrance, for this purpose. However, spring traps set out in the open are illegal, and pose a huge danger to wildlife. We have had numerous reports over the years of birds of prey being deliberately caught in these brutal devices.

"Birds of prey are incredible creatures and it's devastating that the lives of these two birds have ended in this way. We are grateful to the people who reported these birds. If you find an injured bird of prey, or come across a metal trap set out in the open or on a pole, call the police immediately."

Anyone with information has been urged to call Isle of Wight Police on 101, quoting the reference 44180374840.