Race to save birds caught in oil spill off Peruvian coast

A zoo in Lima, Peru, is racing to save dozens of seabirds left covered in oil after 6,000 barrels of crude spilled off the coast of the South American country in the aftermath of the Tonga tsunami.

More than 40 birds, including Humboldt Penguins, were brought to the Parque de Las Leyendas zoo after being rescued from polluted beaches and nature reserves following the spill on 15 January. 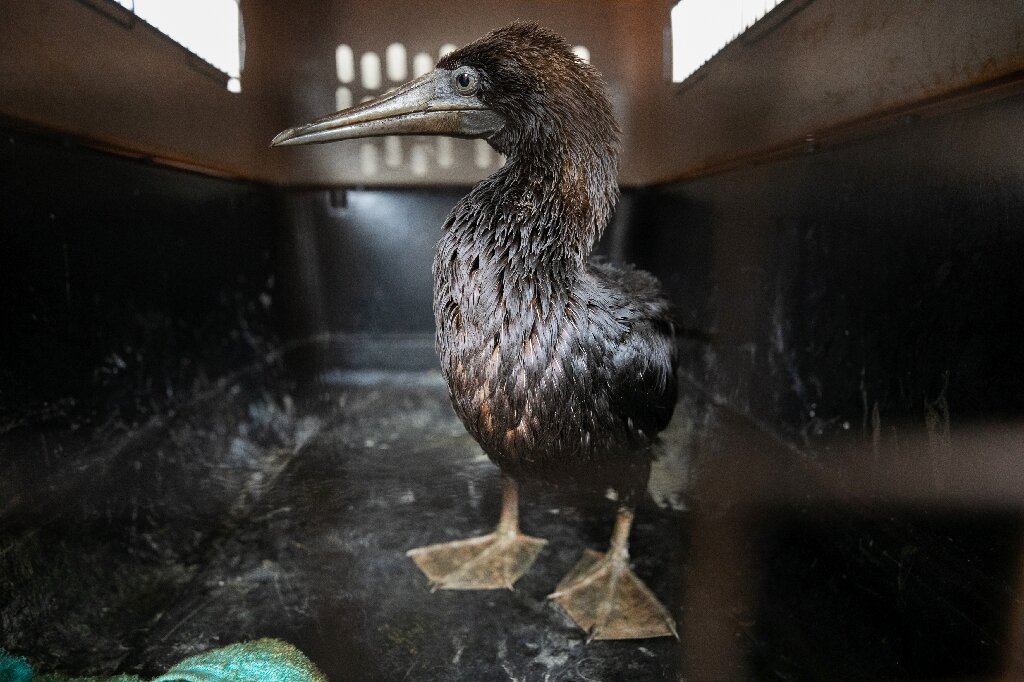 The oil spill has caused an ecological disaster, according to the Peruvian government (Parque de las Leyendas Zoo / Agence France-Presse).

"The birds' prognosis is unclear," biologist Liseth Bermudez told Agence France-Presse. "We are doing everything we can. It is not a common occurrence and we are doing our best. We have never seen anything like this in the history of Peru. We didn't think it was going to be of this magnitude."

A team of veterinarians is caring for the birds, bathing them with special detergents to remove the suffocating oil. The animals have also been given anti-fungal and anti-bacterial drugs, as well as vitamins.

Peru has declared an environmental emergency after almost a million litres of crude spilled into the sea when a tanker was hit by big waves while offloading at a refinery. The abnormally large waves were triggered by the eruption of an undersea volcano near Tonga, thousands of kilometres away.

The government has sought compensation from Spanish oil company Repsol, which owns the tanker. But the company denies responsibility, saying maritime authorities had issued no warning of abnormal waves after the Tonga eruption.