With the first storms of the winter having hit the British Isles in the past fortnight, research is revealing the harsh consequences of last winter's exceptional storm activity for seabirds in Wales. Dr Matt Wood, from the University of Gloucestershire, is helping to uncover the consequences for thousands of Puffins on Skomer Island, in Wales.

Around 50,000 dead seabirds, including Puffins, Guillemots and Razorbills, were washed ashore in a severely emaciated state — they'd essentially starved as storm after storm prevented them from catching enough fish to eat. With unknown numbers dying out at sea, this was the biggest seabird wreck recorded in Europe. By the end of 2014's breeding season, the numbers of adult Puffins returning breed was down by 25% on the previous year: a quarter of the birds on Skomer and Skokholm islands may have died, totalling around 5,000 individuals. 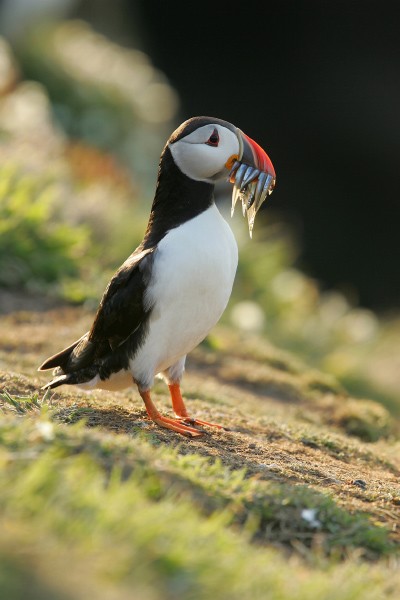 Dr Wood commented: "Puffins typically live in large island colonies, seabird cities if you like. Now take a city like Cardiff and imagine what would happen if a quarter of people didn't come back after the Christmas holidays; by mid-January things would be going seriously wrong, and it looks like that's what happened to the Puffins".

Field assistant Ros Green found that Skomer Puffins bred unusually late, their chicks hatching two weeks later than usual and being fed at only a third of the rate in 2013. As a result, breeding success dropped markedly by 25%, with only just over half of pairs raising a chick. It proved the worst year on record for Puffins on Skomer, in the 43 years of the study (since 1972).

Dr Wood added: "The long-term seabird studies on Skomer are an amazing resource. One of the Puffins that was still around until recently was first seen in 1973, the year I was born.

"With studies like this, with birds we know and study as individuals, we can understand how populations work in the detail we need to face the challenges of the future. Will more storms impact seabird populations? I'd say 'probably, yes', but it'll take us years to get a true picture of what happened in 2014, and only long-term monitoring at key sites like Skomer can provide reliable answers to questions like that." 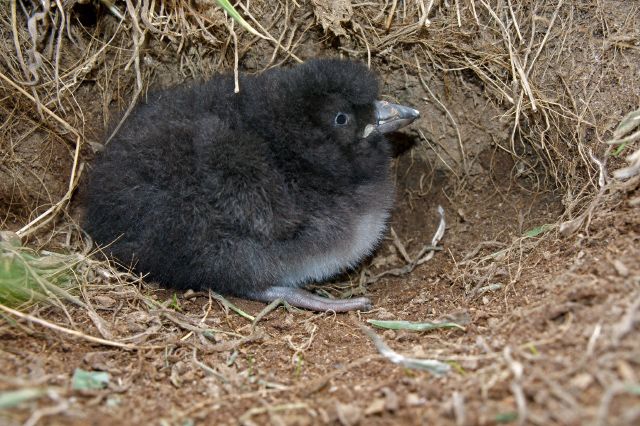 Long-lived seabirds like Puffins can take a gap year if times are tough, but Dr Wood believes that the numbers of birds washed up dead on beaches last winter are little cause for optimism. He concluded: "Seabird wrecks are not unprecedented, these are tough little birds that can usually cope with a storm, but forecasts of global climate change predict that these extreme storms will become bigger and more frequent. The effects of the recent seabird wreck will only become clear over the next five to ten years: long-term studies are vital to understand how the populations will cope in the long-term."

The Skomer seabird report is published online at www.welshwildlife.org/wtsww-publications-reports-2014.