Project Godwit, a five-year partnership between the RSPB and the Wildfowl & Wetlands Trust (WWT), has thrown the critically endangered UK breeder a lifeline, with data suggesting that the number of new birds added to the population is around five times higher than it would have otherwise been.

With this latest release, more than 200 headstarted godwits will have been released onto the Ouse and Nene Washes in the Fens, where most of the remaining breeding pairs in the UK are found.

Many of the birds released in previous years have successfully migrated to southern Europe and Africa and then returned to the Fens to breed. Evidence gathered by Project Godwit has shown that in excess of 40% of all breeding pairs now include one or two headstarted birds, and the UK population is 40% larger than it would have been without this vital work. The UK's breeding population of Black-tailed Godwit has been bolstered by Project Godwit, yet remains precariously low (W Schulenburg).

Headstarting involves the collection of eggs from the wild and incubating them at a special facility (in the case of the godwits, at WWT Welney in Norfolk. After hatching, the chicks are reared in captivity before being released back into the wild when they are past the most vulnerable period in their lives, and are old enough to fly and be independent.

Project Godwit was the first time headstarting was used as a technique to boost the population of an endangered UK bird while other methods to save them in the longer term were found. The method is now being trialled on Eurasian Curlew.

But conservation experts are warning that all the good work could still be undone unless more of the vital healthy wetland habitat the birds need to prosper is created.

"We've worked incredibly hard over the past six years to hatch, carefully nurture and release so many godwits and the success of this project is testament to the effort put in by people from both organisations involved," said WWT Project Manager Eric Heath.

"But headstarting is just one part of a much wider picture of how we save the future of these much-loved birds, as well as many other ground-nesting waders, and it is clear that one thing we need to do is restore more of the wetland habitat they need to breed and survive over the long term.

"It's really encouraging to see the results of this work, knowing that the numbers are definitely heading in the right direction. However, none of us are feeling complacent and we have a long way to go until we can say the black-tailed godwit is safe.

"This is why we are working with farmers, landowners, local communities and others to create bigger, better and more connected wetlands to help the godwits and many other species thrive." 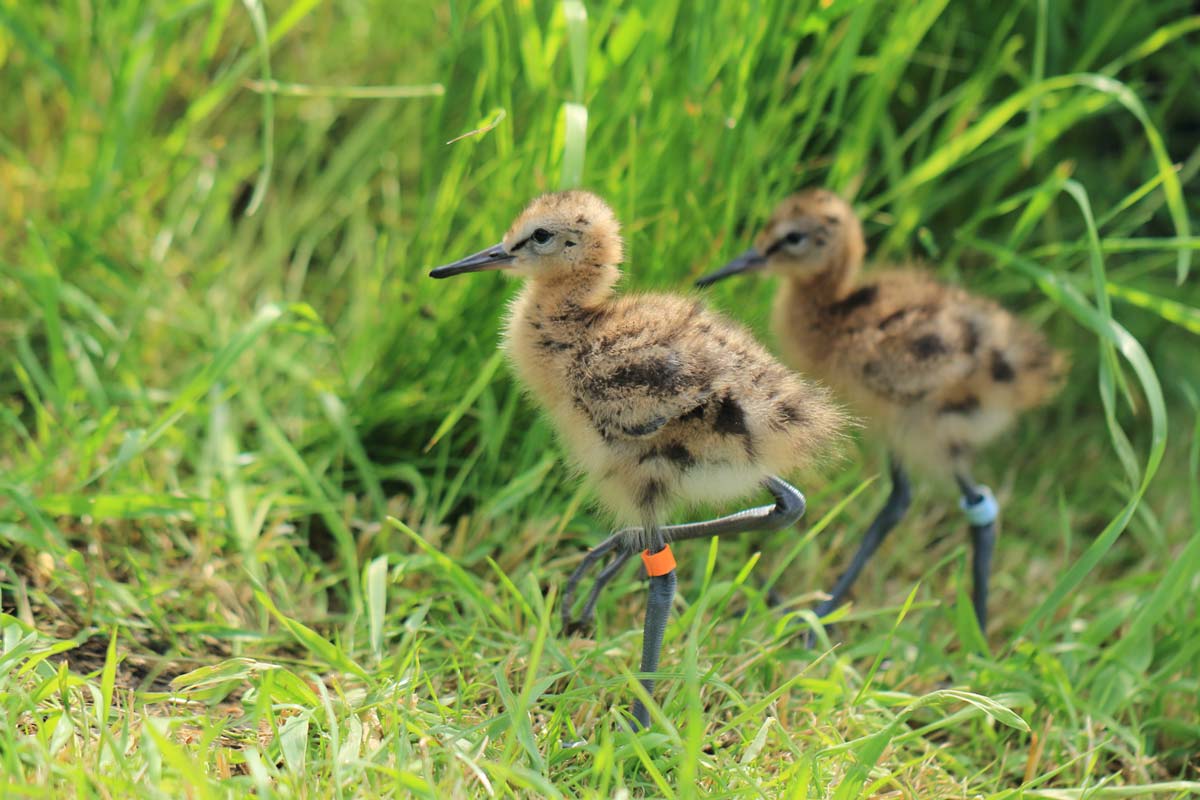 Headstarting involves captive-rearing young birds until they are fit, strong and independent enough to survive in the wild, at which point they are released (Project Godwit).

As well as releasing birds, the project has enhanced habitat, examined the threats the birds face, and trialled other conservation techniques to increase the survival of eggs and chicks. Breeding success in the wild, however, remains too low to support a stable population. The UK's godwits are struggling like many other wading birds due to loss of habitat, unfavourable land management, unsustainable predation rates and the impacts of climate change.

RSPB Project Manager Rebecca Lee said that the decline in wader species across Europe is a crisis that is worrying scientists, as well as governments and land managers.

"The UK is incredibly important for a wide variety of wading birds," she said. "As well as hosting important populations of breeding waders, including Black-tailed Godwit, we are an internationally important place for many species during winter.

"There are huge concerns for our waders at the moment, but also many reasons to be hopeful. We have some very special habitats in the UK that waders need. For breeding godwits, its wet grasslands which might not sound particularly exciting - but they are! Wet grasslands support a vast diversity of birds and invertebrates, they play an important role in farming systems and flood prevention and provide an array of other benefits.

"Working together with government and local communities we have a real chance to save and restore this important habitat, bringing benefits not just for our birds but for people too."

Project Godwit is a partnership between the RSPB and WWT with major funding from the EU LIFE Nature Programme, the HSBC 150th Anniversary Fund, Natural England, the Montague-Panton Animal Welfare Trust and the National Lottery Heritage Fund, through the Back from the Brink programme. Find out more at www.projectgodwit.org.uk.