Project celebrates arrival of storm petrels on the Shiants

The calls of European Storm Petrels have been recorded in burrows for the very first time on the Shiants in the Outer Hebrides this summer, providing evidence of potential breeding.

The presence of the species is an important milestone for the Shiant Isles Recovery Project, the aim of which is to attract these tiny seabirds to nest on the islands. The characteristic ‘churring’ call of storm petrels was heard from burrows located in their breeding habitat, an encouraging sign that conservation work is paying off.

The EU LIFE+ funded project between RSPB Scotland, Scottish Natural Heritage (SNH) and the Nicolson family (custodians of the islands) began in 2014 to provide safe breeding grounds for Scotland’s globally threatened seabirds on the cluster of islands five miles off the coast of Harris in the Minch, the straits which separate the Inner and Outer Hebrides. A population of invasive non-native Black Rats on the islands was thought to be limiting the breeding success of the colonies of Puffins, Razorbills and Common Guillemots, while European Storm Petrels and Manx Shearwaters were not found there at all.

Following a rat-eradication programme in the winter of 2015-16, the project focused on monitoring how wildlife has responded, ensuring the biosecurity of the islands and attempting to attract storm petrels and shearwaters to breed, as there is ideal nesting habitat for them. It will be March 2018 before the islands can be officially declared free of rats, provided none are found between then and now.

European Storm Petrels are a little bigger than sparrows and only come to shore in summer to breed. Scotland’s internationally important population currently only nests at a limited number of potentially available sites on offshore islands because of the species’ vulnerability to predation. The birds are known to abandon and avoid nesting sites where rats or other ground-based predators are found.

While the storm petrels have been recorded flying past the isles by the Shiants Auk Ringing Group for many years prior to the recovery project starting, there was no evidence that they were attempting to nest there or even land on the islands. Last summer, night-vision cameras captured footage of several of the small seabirds, but this is the first year their churring has been heard in burrows.

This summer a speaker broadcasting a recording of the churring sound was placed by some boulder scree near the shore and played throughout the night. It was hoped that this would attract storm petrels to the area so they could discover the nesting sites and then settle in and start a breeding colony. Calls from birds were recorded from three separate sites close to the speaker.

A night-vision camera also captured footage of a storm petrel showing nesting behaviour, looking relaxed and heading into a burrow. While it’s possible that birds may have successfully bred on the islands this summer, confirming this is difficult due to them only entering and leaving their nest burrows in darkness, and would have risked disturbing them due to the locations of the calls. 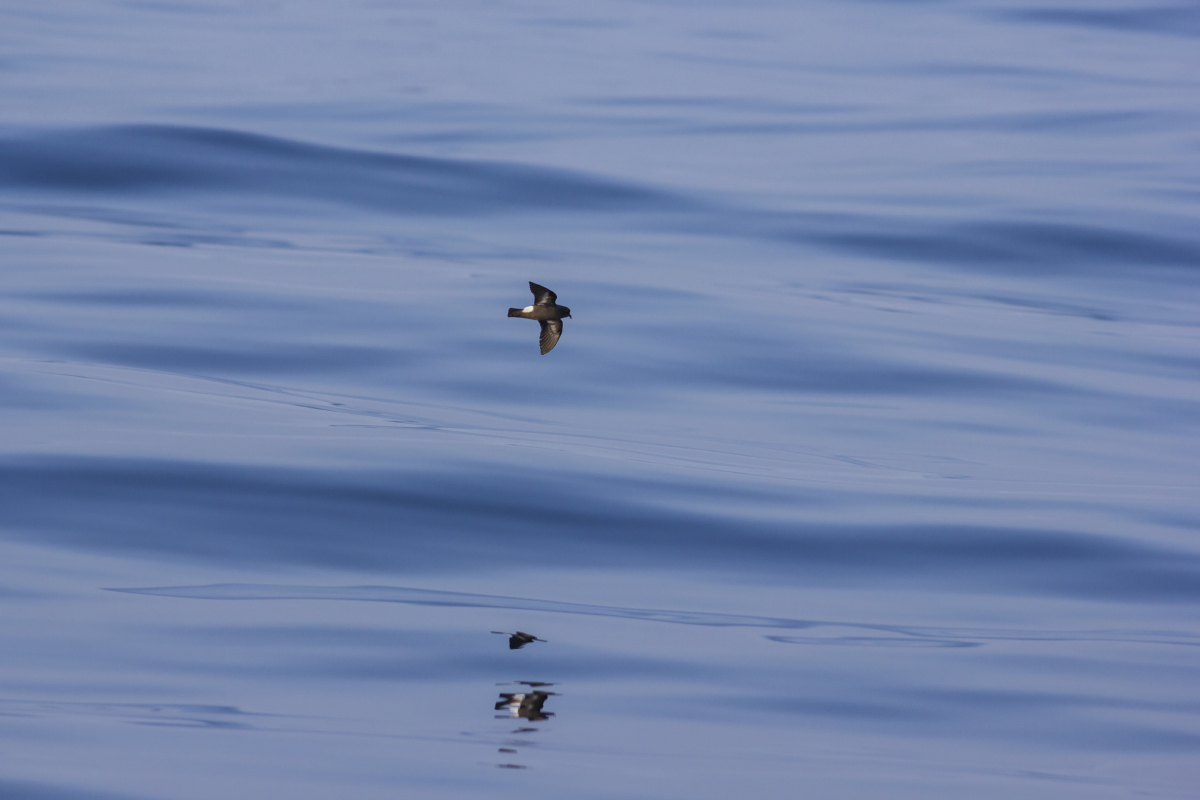 A European Storm Petrel flying over waters off Scilly, where a breeding population has now been established. Conservationists hope that the same will happen on the Shiants. Photo: www.rspb-images.org.

Dr Charlie Main, Senior Project Manager for the Shiant Isles Recovery Project, said: “The churring of a storm petrel is very distinctive and we’re delighted that it’s been recorded on the Shiants this summer. While we are still some way off the islands being officially declared rat free, these calls indicate that all the biosecurity work we’re doing to make them ideal breeding sites for seabirds is paying off.

“It’s even more exciting to think that the birds may have bred on the islands this year. These calls are very positive signs for the future and we hope that next year we’ll be able to record even more calls and footage of the birds. The long-term aim is to allow a breeding colony of storm petrels to establish on the isles.”