Popular hide in Dumfries and Galloway trashed by vandals

Vandals have ruined a popular hide in Dumfries and Galloway causing hundreds of pounds worth of damage.

The Snipe Hide at Moffat Nature Reserve was wrecked, with all sides damaged. Pictures show the scale of the destruction with wooden slats removed during the incident, which is thought to have taken place between Friday and Saturday. 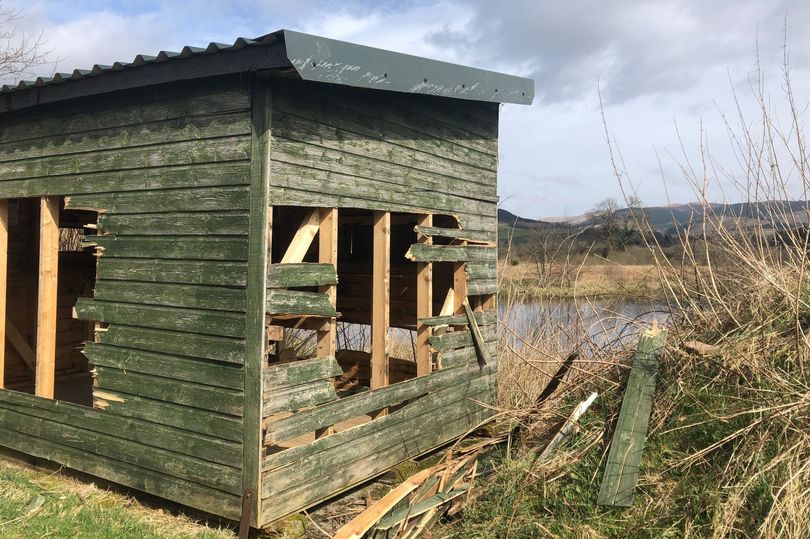 Moffat and District Community council have blasted the vandals on social media and said they are 'reeling' from the damage caused. They have reported the incident to police who have visited the site. It's estimated that around £300 to £400 of damage has been caused but local tradesmen have already offered up their services.

A Facebook post from the group said: "We're still reeling from the scale of the destruction on our Snipe Hide last week. Every side is near destroyed. We recently announced a new roof on another damaged hide and a repair to the access road, spending what little funds the Community Nature Reserve had available.

"The destruction was carried out sometime between 3 pm on Friday 2 April and Saturday 3 April. The police have been informed and have visited the site."