Smew numbers are at a low ebb across Britain and Ireland this winter, as ever-diminishing numbers return to the isles each year.

Between the period from 1-8 January 2020, as few as 49 individuals were reported on BirdGuides – a total significantly below the 130 estimated to winter in Britain, according to Population estimates of wintering waterbirds in Great Britain, published in 2019 by British Birds. 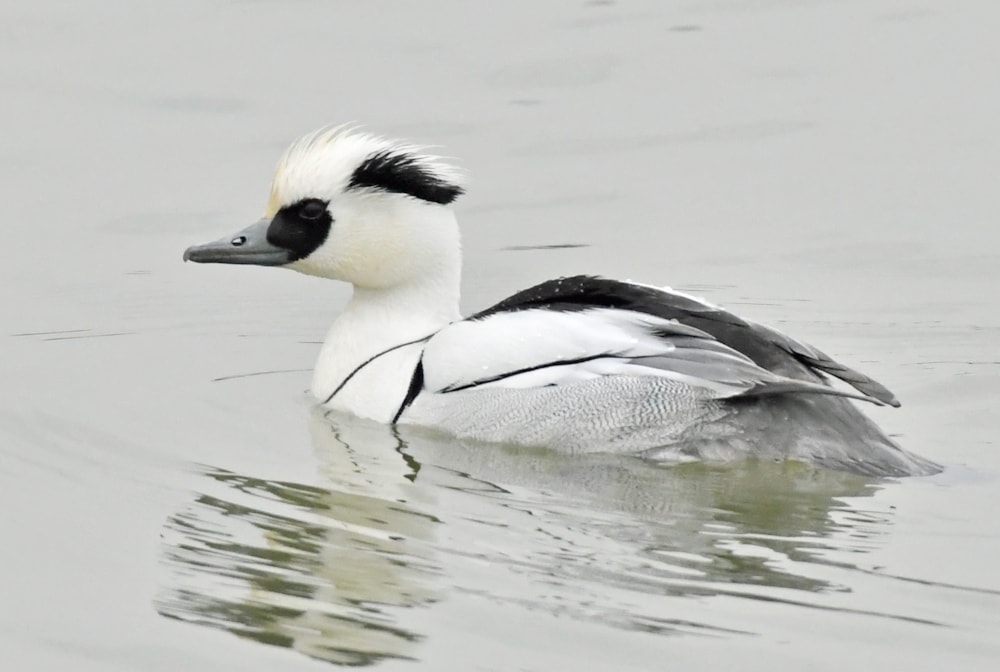 South-east England has long been considered the British stronghold for wintering Smew, but at present a paltry four sites in the region are playing host to a total of just seven birds. One of these localities is Dungeness, traditionally regarded as a national hot-spot for the species, but the single adult drake there only arrived on 31 December and is so far the only of its kind present in the area. The previous winter, possibly the same drake pitched up as late in the season as 2 February.

The species is far more numerous on the Near Continent, particularly in The Netherlands. This winter, five Dutch sites have held groups of 49 or more – single waterbodies perhaps supporting as many as the entire British wintering population. Some 200 were off Waterland, north of Amsterdam, on 29 December.

Smew arriving in southern Britain are generally considered overspill from these populations and they typically arrive on our shores on the back of a cold snap across Europe, usually in December or January. It is of course still possible that such a spell of weather could push more Smew over, but it's unequivocal that current numbers are very much down on what is traditionally expected.

In the middle of the 20th century, counts from single sites in south-east England equated to the entire national haul for a modern-day winter. An amazing 144 at Brent Reservoir on 28 February 1956 is the highest British count and nowadays seems scarcely believable. Meanwhile, systematic counts during the winters of 2004-05 and 2008-09 came up with an estimate of 170 Smew visiting our shores. When one looks at the numbers present this winter, it's evident that there has been a significant drop in the abundance of wintering Smew over the past decad, coinciding with the 2010s being declared by the United Nations (UN) as the "hottest decade in history".

Milder winters mean this ever-popular duck simply doesn't need to retreat to the far western reaches of its winter range as much as previously, with more and more spending the coldest months in the Baltics, Germany or even southern Scandinavia. What's more, it's likely that it'll become scarcer still in the years ahead.

For all the latest sightings of Smew, log on to www.birdguides.com/sightings – or buy a bird news subscription to keep up to speed with observations nationwide.