A purpose-built pontoon has been constructed and installed at St Mary's Harbour, Scilly, to provide a safe resting place for the lingering Walrus.

After last week's revelations that local organisations were exploring options on how to deter the mammal from spending time in the harbour, where it was said to be causing damage worth thousands of pounds, the Isles of Scilly Wildlife Trust and other organisations came up with the idea of providing 'Wally' with an alternative safe place to rest. 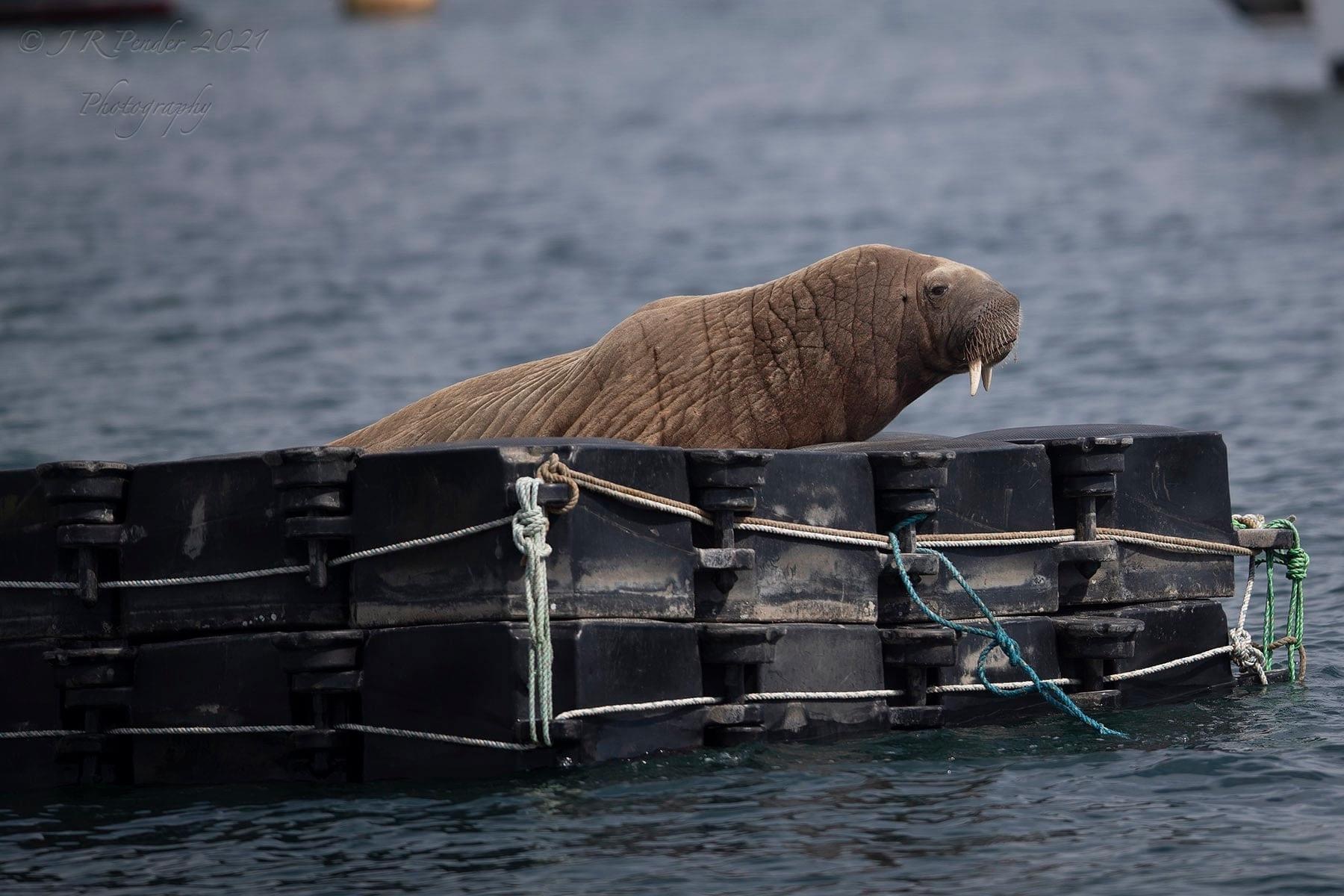 Over the weekend, a raft built by the British Divers Marine Life Rescue (BDMLR) and local Harbour Authority was installed close to the Walrus's favoured resting area.

The animal very quickly found its new home and has been regularly returning to it in between feeding trips over the past few days.

In a statement on its website, the Isles of Scilly Wildlife Trust said: "The situation is being monitored and it may be possible to relocate the pontoon outside the harbour area to reduce disturbance and enable him to rest more effectively.

"In the meantime all boat owners and water users have been asked to give the Walrus space and refrain from actively moving towards him.