Polish decision puts wildlife on the road to hell 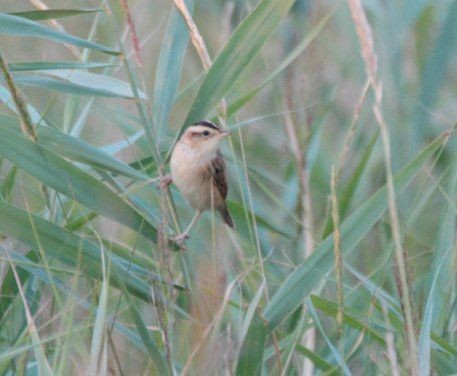 The RSPB has put its weight behind a coalition campaigning against a road development threatening one of Europe's most important wildlife regions, in eastern Poland.

Intransigence by the Polish government has forced the coalition to launch an e-petition protesting about the development of the Via Baltica highway threatening the destruction of valuable wildlife and habitats protected under European (and Polish) law. So far 150,000 Polish people have signed the petition urging the Polish government to halt work immediately on these damaging projects and await the results of a Strategic Environmental Assessment.

The international transport corridor, known as the Via Baltica, will link Helsinki to Warsaw and will put at risk strongholds of Lynx, Wolf and the most important European Union populations of two globally threatened birds: the Greater Spotted Eagle and Aquatic Warbler.

OTOP - the RSPB's Polish partner of BirdLife International - WWF Poland and the CEE Bankwatch Network are looking for the support of people across the UK and Europe to demonstrate their concern at this wanton destruction of priceless wildlife areas.

"The Polish government is getting a reputation for disregarding European law and its own natural heritage. We ask people everywhere to sign the e-petition and speak out in favour of Europe's priceless green areas. We want the Polish government to start taking its obligations to nature and sustainable development seriously," said Malgorzata Znaniecka, of OTOP.

Dr Helen Byron, of the RSPB, said: "We are now getting so close to the asphalt being laid there really is no time to lose."

"We understand the need for upgrading the road system, but we object to these decisions being taken without proper environmental evaluation. There are some very precious areas at risk, and a full appraisal should identify a less damaging route for Via Baltica."

The current road development proposals cut through Augustow and Knyszyn Primeval Forests, the Biebrza Marshes National Park and skirt the edge of Narew River National Park. All are Special Protected Areas (SPA) under the Birds Directive and proposed as Sites of Community Interest (SCI) under the Habitats Directive - Europe's strongest laws for the protection of natural environments.

"Developing roadways through the centre of this pristine environment is nothing short of a crime," said Anna Roggenbuck, Polish National Coordinator of CEE Bankwatch Network. "The Polish government has said it intends to begin work on the Augustow city bypass by the end of 2006, which will begin with the logging of primeval forest for access roads. Construction sites will cause habitat loss and fragmentation, as well as the obvious impacts of noise, water and air pollution, and the heightened risk of future road collisions with animals. If the Strategic Environmental Assessment results are soon going to show the best alternative route, why not wait?"

Recent actions, notably Poland's Environment Minister's issuing of positive opinions on the road development applications, has put a question mark over Poland's environmental motivations and credentials and make this a further example of development proposals which flaunt European law - in this case Article 6 of the Habitats Directive - putting Poland's natural heritage at risk.

The web petition is posted at: www.viabalticainfo.org/en/petition and the signatures will be presented to the Polish government on 16 November 2006.