Police have seized an illegal trap used to catch wild birds in a park in Wickford, Essex.

The officers were called to the park to deal with the large metal illegal device. They have not revealed exactly where the park is in the town. 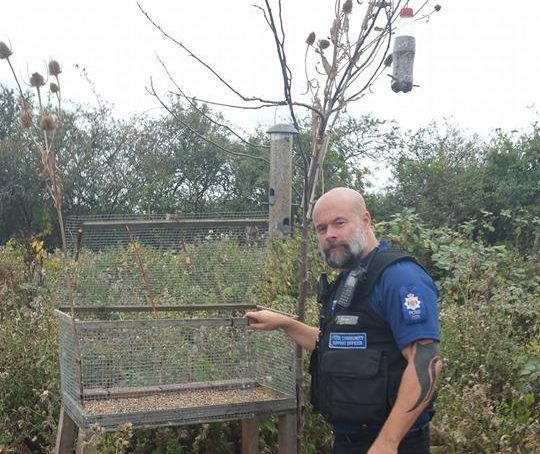 A spokesperson for Basildon Community Policing Team posted on Facebook: "Today, we have seized a device used in the illegal trapping of wild finches. This was located in the Wickford area. Please make us aware if you see any similar devices. Possession or control of a wild bird is an offence.

"Anybody possessing wild birds is obliged to show, on a balance of probabilities, that their possession is lawful. Birds listed on Part I Schedule 3 of the Wildlife and Countryside Act 1981 can only be legally sold if they have been bred in captivity from lawfully held parent birds, and if they are fitted with Government approved close-rings."

Macbraden Bones of Essex Wildlife Trust commented: "I have never heard or come across this before. This is the first time I have heard of this and have not seen a problem like this in our area. I am stunned by this; there are a number of concerns with this.

"Obviously firstly it is illegal to trap birds without a licence and they are clearly doing this without good reason. It's totally immoral and some of these birds are endangered and this will cause them so much stress and it's very inhumane."