A police investigation is underway following the discovery of a dead Osprey on a beach in North Wales.

The body of the three-year-old raptor, known as Hesgyn, was found on Criccieth beach on the Llyn Peninsula in Gwynedd last week. The rural crime unit at North Wales Police has been notified and a forensic examination will take place to determine the cause of death. 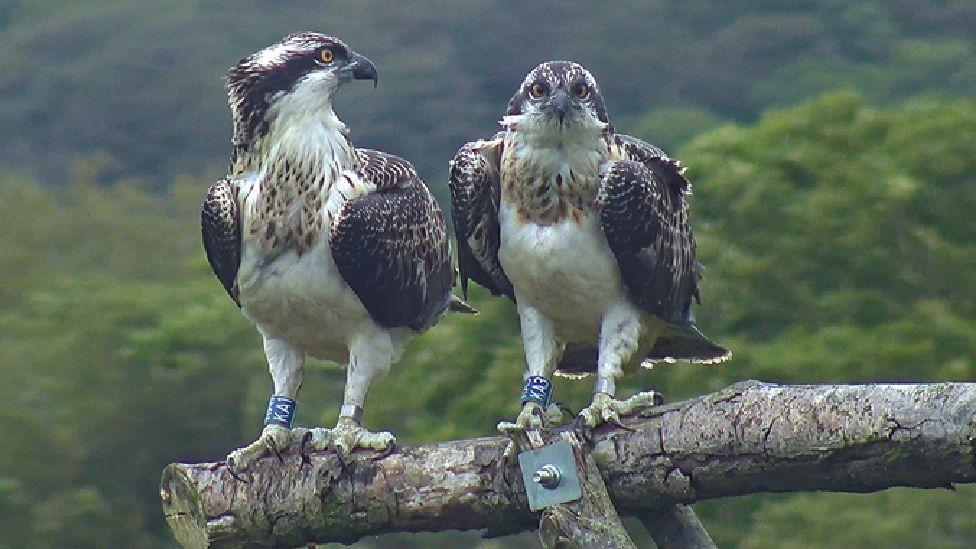 The body of Hesgyn, here on the right with his sister Berthyn, has been found (Montgomeryshire Wildlife Trust).

Janine Panett, of the Montgomeryshire Wildlife Trust, said it was unusual for an Osprey of that age to die. She commented: "People are naturally upset when it's a bird they have followed growing up."

Hesgyn was one of a three-chick brood at Dyfi osprey project. He was the youngest chick born to parents named Telyn and Monty in 2019, with his brother Peris and sister Berthyn.

He migrated to West Africa and returned to where he was hatched last year. Ms Pannett added: "It is sad and unfortunate that a bird of that age has died. He had done well to get to this age. Generally when you pass the first couple of years, the mortality figure decreases."

According to the trust, Hesgyn's return to the Cors Dyfi nature reserve was the only time two birds from the same nest brood were reported back in the UK after his sister Berthyn was spotted in Scotland last year.