Police look for suspect who trapped and shot peregrine

A wild Peregrine Falcon found badly injured after being illegally trapped and shot has been put down.

Suffolk Police said the bird of prey was discovered by a member of the public in a field in Cratfield on 15 March [2022] and taken to the Suffolk Owl Sanctuary at Stonham Barns. The injuries, including broken legs, were too severe to save the bird. 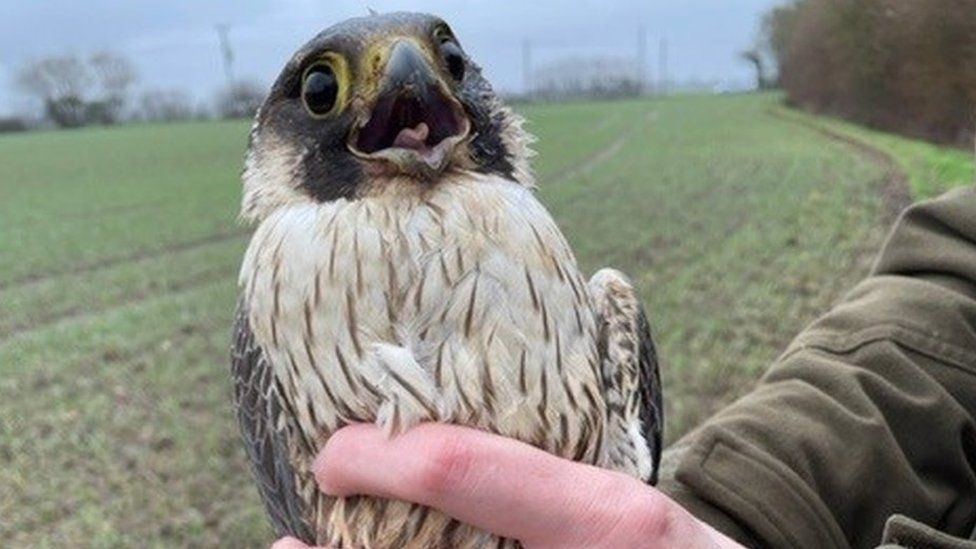 The Peregrine suffered a slow and painful death (Suffolk Police).

Police said they believed the bird was caught in an illegal trap and released alive but injured. Sgt Brian Calver, head of Suffolk Police's Rural Crime Unit, commented: "To trap any bird in such a way is cruel but to release an illegally trapped bird with broken legs is horrible.

"This bird would not have been able to feed and if not found by a member of the public would have suffered a slow and painful death. The traps we suspect to have caused these injuries are indiscriminate when used unlawfully."