Police have launched an investigation after a Eurasian Sparrowhawk was shot near Plymouth, Devon.

A member of the public found the female sparrowhawk with a broken wing in a field near Tamerton Foliot during the morning of Sunday 26 January.  An x-ray revealed the bird had been shot. Lead shot was embedded in its left wing and its ulna was fractured. The bird is being cared for but it is not known if it will make a full recovery. 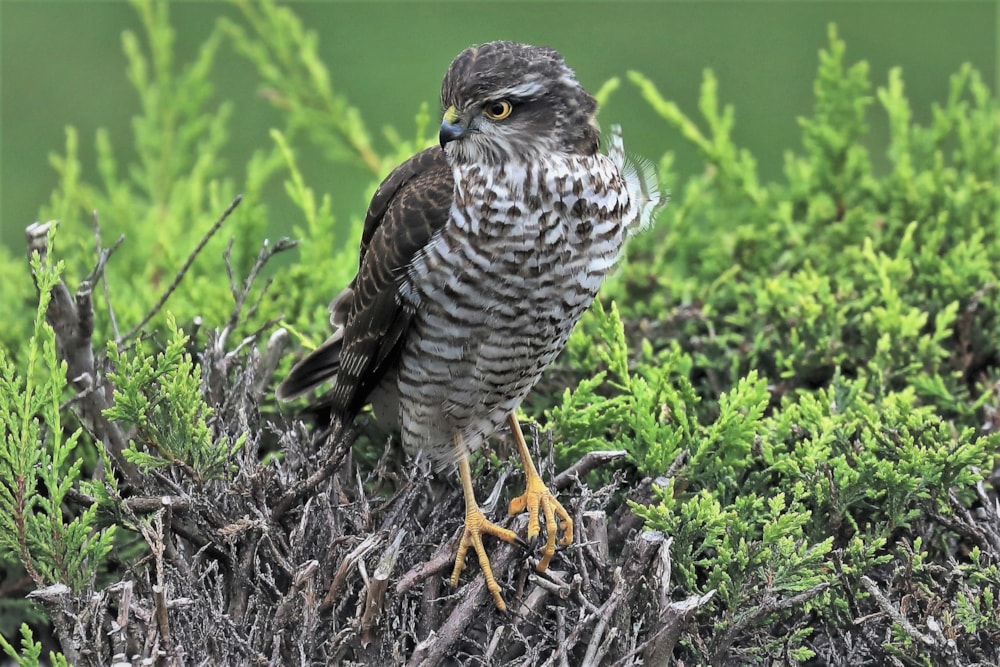 The Eurasian Sparrowhawk remains in care and may not recover (Peter Miles).

Investigating officer Sergeant Northmore, of the Crownhill Neighbourhood Team, said: "The sparrowhawk appears to be the victim of a cruel and illegal act and may not survive as a result. We are treating this unfortunate incident as a crime under the Wildlife and Countryside Act.

"We would like to hear from anyone who was in the area at the time and saw or heard anything which could have been related to this incident, or has any information they think could be useful, to contact us."

Jenny Shelton, from the RSPB's Investigations Unit, said that between 2007 and 2018 some 50 Eurasian Sparrowhawks were victims of illegal persecution, but because this figure represents the only ones they are aware of, the number could be far higher. She commented: "Encountering a sparrowhawk bursting into your garden is an unforgettable experience.

"One of our smallest birds of prey, these are powerful, agile hunters and it’s a rare treat to see them in action. That someone has raised a gun to this bird and shot it is appalling."