Police have spoken to environmental campaigners after they removed bird nets covering a hedgerow in Mid Wales.

Three members of campaign group Extinction Rebellion (XR) have been interviewed following their actions near land off the B4568 at Ael Y Bryn between Caersws and Aberhafesp in Mid Wales. They were spotted at the entrance to the field on 18 March. 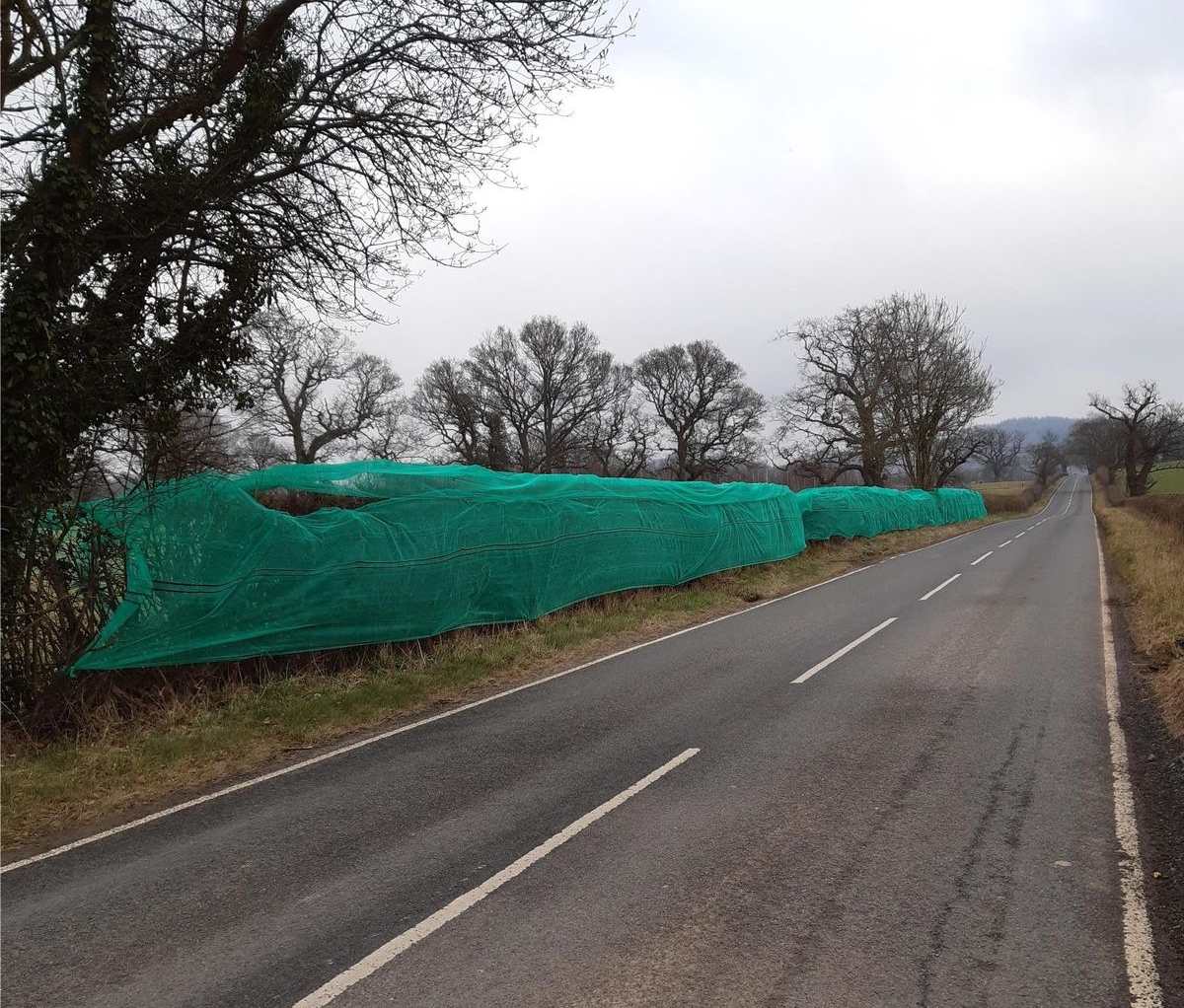 The netting that had been covering a hedgerow between Caersws and Aberhafesp in Mid Wales (via Shropshire Star).

XR Machynlleth member Victoria Bamford, who was part of the group responsible, told the Shropshire Star the move followed concerns that the nets would stop birds from nesting in the hedge before a scheme for the site was approved.

Montgomery-based Powys Crematorium Limited has lodged plans to build a facility on the field which the activists do not object to. The company said the netting was installed to protect wildlife in the event of the development getting the go ahead and that it should not to be interpreted as pre-empting the planning process.

Campaign for the Protection of Rural Wales and the RSPB are among organisations campaigning against the bird netting and a petition calling for the end of use of such materials has so far attracted 365,000 signatures.