The incident took place at Highfields Sports Ground, University Boulevard, on 22 July. Officers from the force's wildlife crime team have reviewed the incident and are now investigating, and would like to speak these two men pictured in connection with the incident. 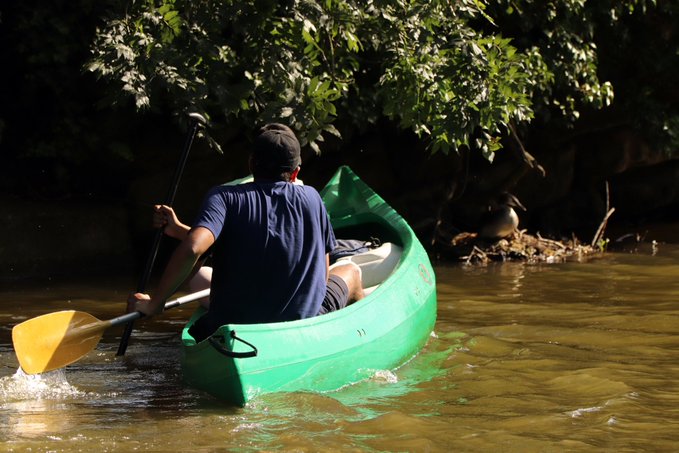 The two men were photographed ramming the nest by @nottingwings, who posted a series of tweets claiming that the pair ignored calls to stop. When they complained to boat hire staff, they said they did not know nest destruction was a crime and did nothing. When 101 was called, they thought it was the RSPB's remit, but did apparnetly make an incident report.

Upon a later visit, one of two eggs was lost, and it was unclear if the grebes were still incubating. If you recognise the culprits, please call Nottinghamshire Police on 101 or Crimestoppers anonymously on 0800 555 111 quoting incident 766 of 22 July 2019