Plastic found in almost all gannet nests on Alderney

Virtually all of the 8,000 Northern Gannet nests on Alderney are contaminated with plastic pollution, a survey has found.

This shocking statistic comes despite the fact that, as recently as 20 years ago, only small quantities of plastic were seen in the nests on the third-largest of the Channel Islands. According to the Alderney Wildlife Trust (AWT), plastic build-up in the breeding colonies is killing the birds, with some entangled gannets found hung or missing legs. 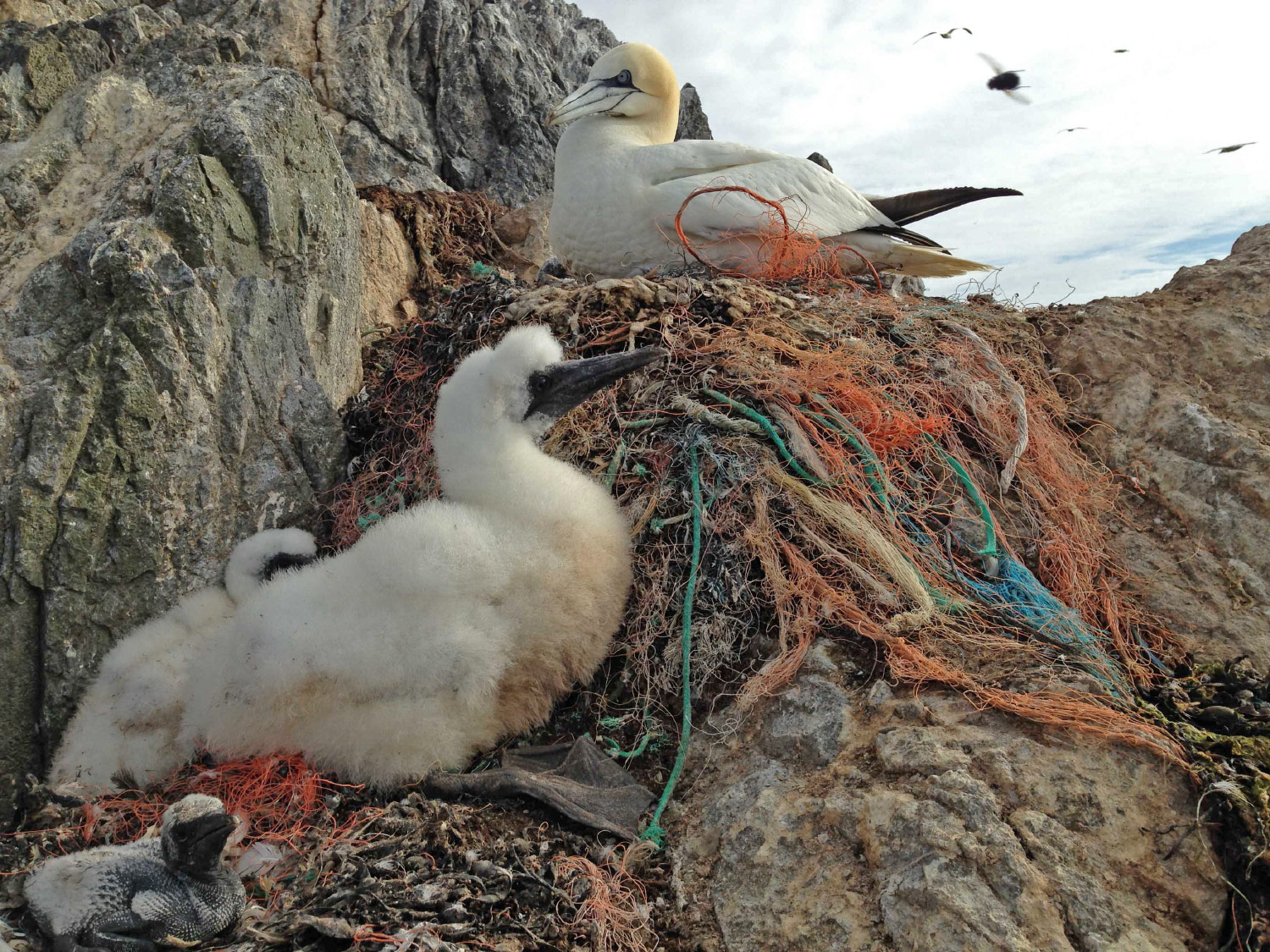 Northern Gannets are known to forage as far as 20 nautical miles in order to collect nesting materials and the plastics found in the nests generally consist of rope or line from the fishing industry. Alderney, 15 km from France and the northernmost of the inhabited Channel Islands, holds around 2 per cent of the entire global population of Northern Gannets.

Roland Gauvain, from AWT, said: "Over the last 20-30 years we've gone from little bits of plastics here and there to every nest now, pretty much, having a significant quantity of plastic in it. The plastic build-up is posing a significant risk to chicks and adults alike as they become entangled or end up eating it.

"It's not uncommon to find Northern Gannets hung, for them to lose legs or to find their wings entangled. Most of these plastics aren't going to be coming from Alderney. We have a population of 2,000 people and we're talking about upwards of 8,000 nests on the colonies. Really, the tale is that we are impacting our waters so much more than we ever realised."

AWT further highlighted concerns over plastic pollution across the British Isles, along with sewage spills and a build-up of waste on beaches. Alderney's Northern Gannet population is still growing, but the island's position in the English Channel mean it is particularly vulnerable to plastic pollution.