Planning permission for an enormous solar power station on the north Kent coast has been granted, posing a threat to the species that use the saltmarshes and mudflats in the wider area.

Cleve Hill, near Faversham, will be the UK's biggest solar farm and will have five times the capacity of the current largest farm, providing enough power for 110,000 households. Developers Hive Energy and Wirsol Energy hope to lay solar panels across 360 ha (890 acres) – equal to more than 400 football pitches – of farmland by Graveney Marshes. 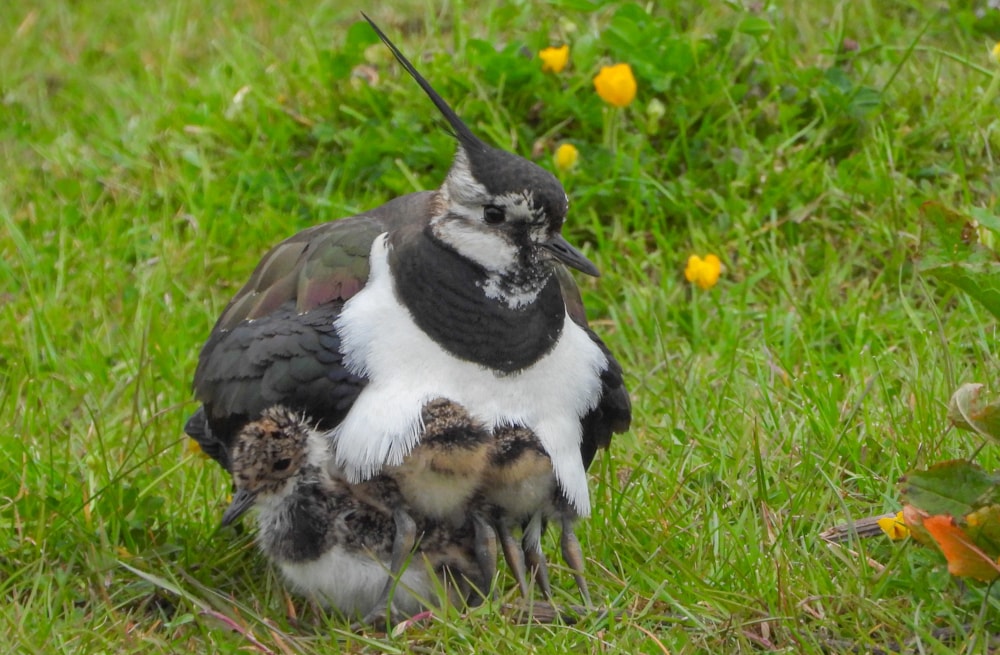 Northern Lapwing could be impacted by the creation of Cleve Hill solar farm (Martin Loftus).

However, the development poses a huge threat to the wildlife of the area, despite the project's backers stressing they are aware of the site's importance. Graveney Marshes is an area of diverse wildlife and flora, harbouring some 300 species including Western Marsh Harrier, Northern Lapwing, Eurasian Skylark, Brent Goose and European Eel.

Cleve Hill's backers said public rights of way that run across the site would not be affected, and footpaths would not be permanently closed. They also promise to limit any impact on wildlife, with a proposal to establish a mitigation area for birds. 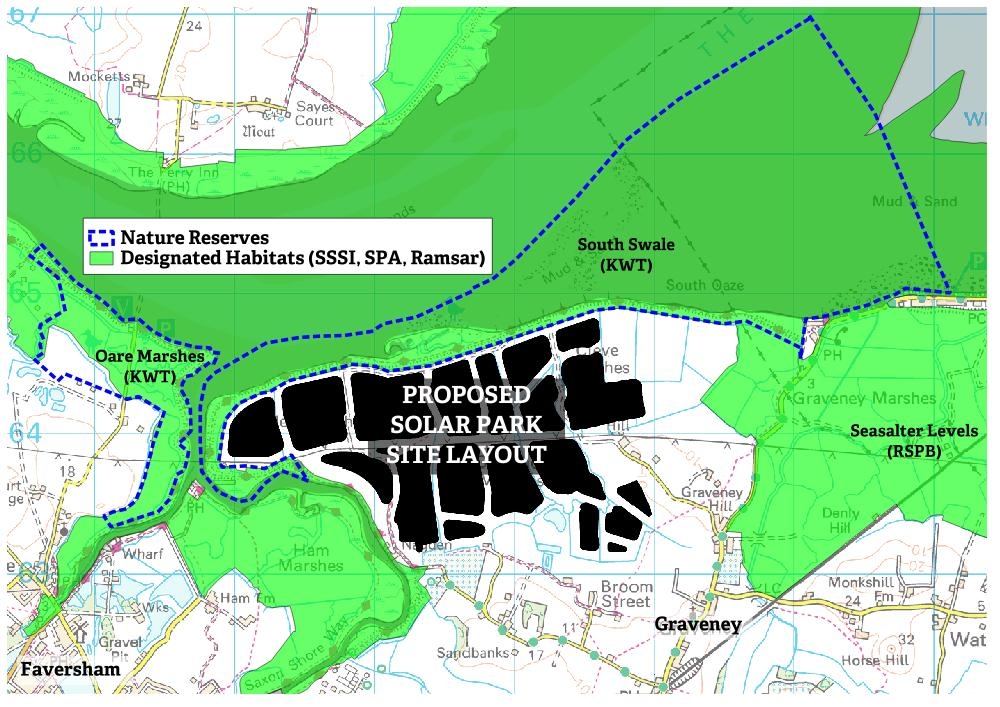 This map from Kent Wildlife Trust shows just how huge the area covered by the solar park will be. For scale, compare the size of Oare Marshes, just to the west.

The Kent Wildlife Trust said its main concern was about the impact on birds that live on its nature reserve adjacent to the site. Brent Geese from the reserve, for example, sometimes rest up on the farmland. "The scale is unprecedented. We have a lot of questions," said Greg Hitchcock, Conservation Officer at the trust.

The RSPB backed the Save Graveney Marshes campaign, encouraging people to write to Alok Sharma MP, the Secretary of State for Business, Energy and Industrial Strategy to express their worries. However, the project now looks set to go ahead.